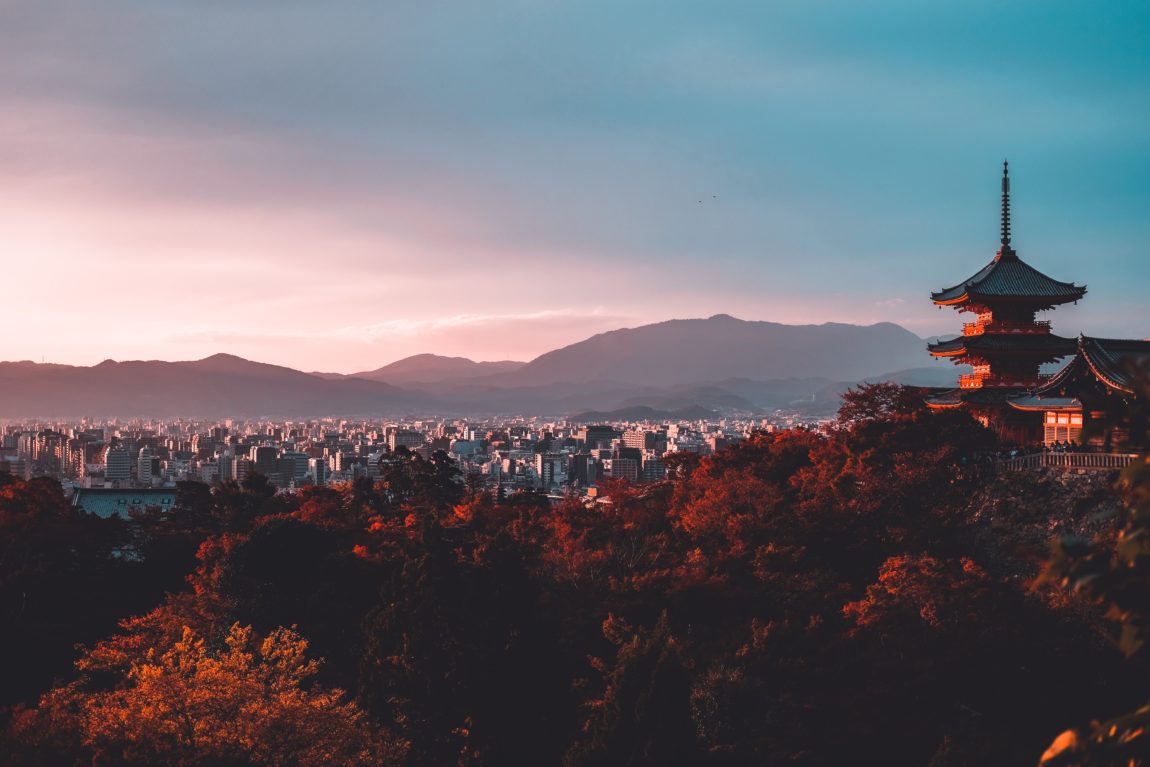 Kyoto is a city in the central part of the island of Honshu, Japan. It has a population close to 1.5 million. Formerly the imperial capital of Japan, it is now the capital of Kyoto Prefecture, as well as a major part of the Kyoto-Osaka-Kobe metropolitan area. Kyoto is considered a beautiful city, from lakeside Biwako in the north-east, to the confluence at National Rt. 81.