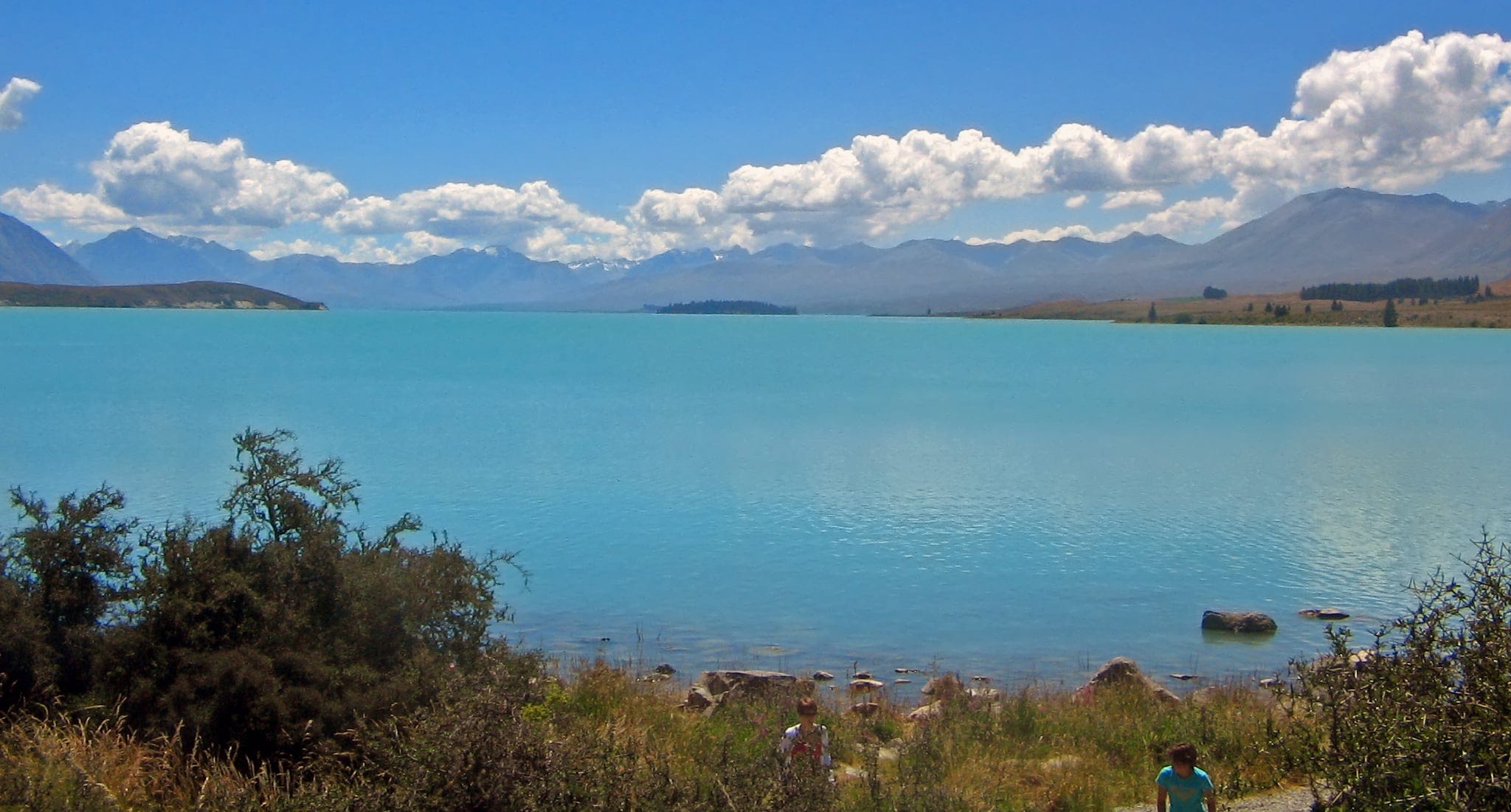 Lake Tekapo is the second-largest of three roughly parallel lakes running north–south along the northern edge of the Mackenzie Basin in the South Island of New Zealand. It covers an area of 83 square kilometres, and is at an altitude of 700 metres above sea level. The lake is fed at its northern end by the braided Godley River, which has its source in the Southern Alps to the north.