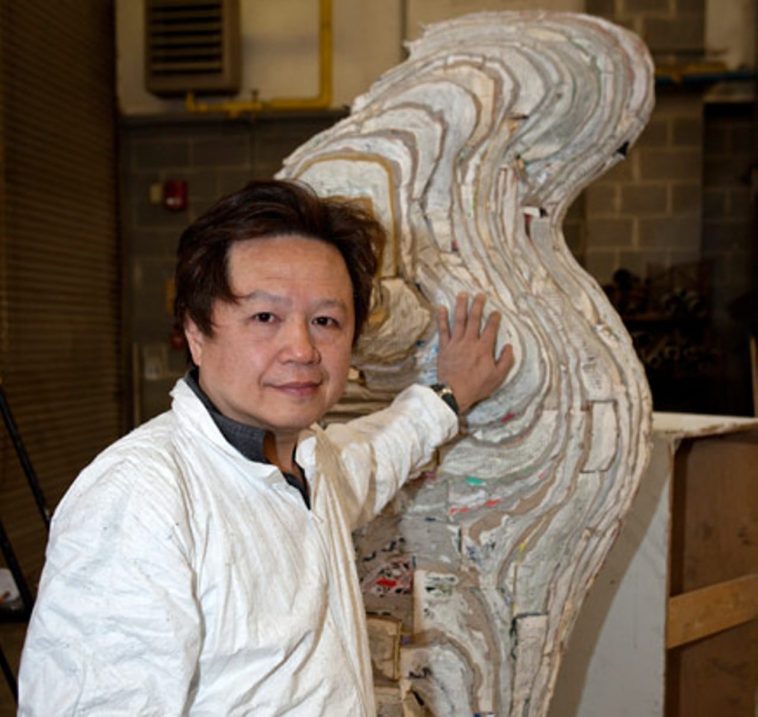 Long-Bin Chen is known for his adept transformation of old novels, newspapers, magazines, and computer paper into art that–when viewed from a distance–seems to be made from wood or marble. Chen’s job isn’t only a commentary on human consumption and waste; it also mourns the pre-digital age of bound books. His artwork approaches the publication object as an aesthetic object and tries to unite ideas and theories from the East with individuals from the West. He received a BFA from Tung-Hai University at Taiwan and an MFA from the School of Visual Arts in New York. He has shown widely in the United States, Germany, Taiwan, China, India, and Hong Kong. His most recent group exhibitions include “Buddha Spur” at Bochum Museum in Germany, “Do A Book” white space gallery at Beijing, he also will reveal at Halsey Institute’s publication arts on 2013, He is represented by Now contemporary art gallery in Miami, Plum Blossoms gallery in Hong Kong, where he had his most recent solo exhibition at 2012, Frederieke Taylor Gallery will exhibit his art functions in “Volta New York 2013”.