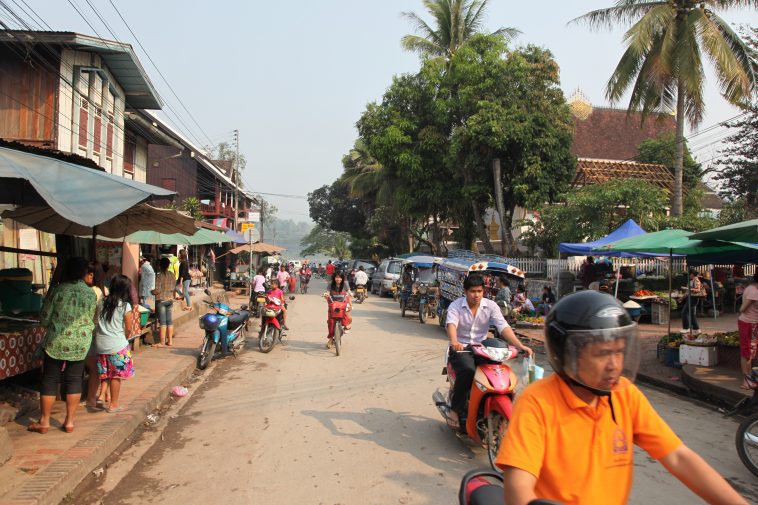 Luang Prabang, or Louangphrabang, is a city located in north central Laos, at the confluence of the Nam Khan river and Mekong River about 425 km north of Vientiane. It is the capital of Luang Prabang Province. The population of the city is about 50,000. The city was formerly the capital of a kingdom of the same name. It had also been known by the ancient name of Chiang Thong. Until the communist takeover in 1975, it was the royal capital and seat of government of the Kingdom of Laos.