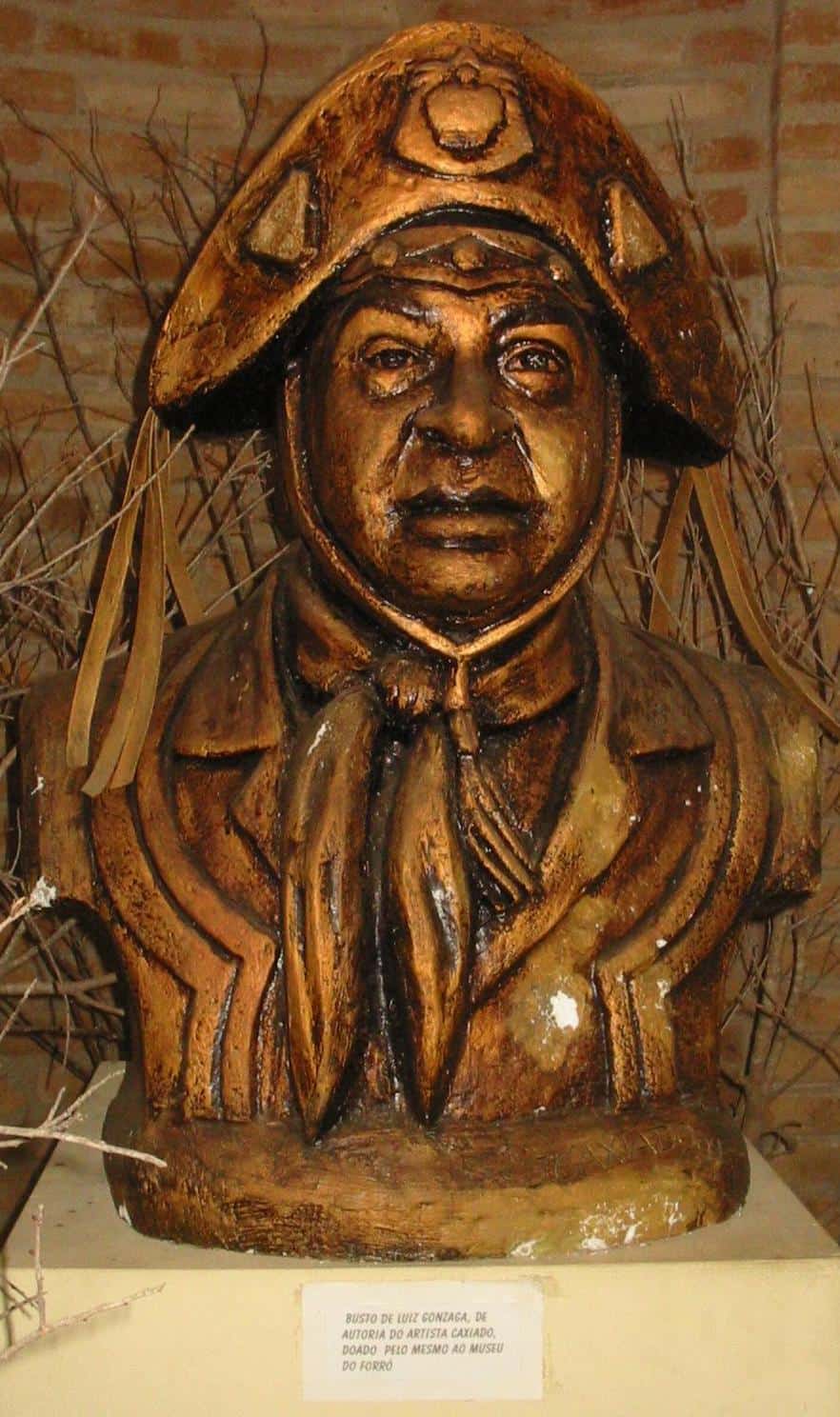 Luiz Gonzaga do Nascimento, Sr. (Exu, December 13, 1912 — Recife, August 2, 1989) was a very prominent Brazilian folk singer, songwriter, musician and poet. Born in the countryside of Pernambuco, he is considered to be responsible for the promotion of northeastern music throughout the rest of the country. He is also known as the “king of baião” and “Gonzagão”. Gonzaga’s son, Luiz Gonzaga do Nascimento Jr, known as Gonzaguinha (1945-1991), was also a noted Brazilian singer and composer.