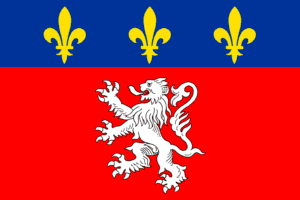 Lyon, traditionally spelt Lyons in English, is a city in east-central France in the Rhône-Alpes region, situated between Paris and Marseille. Etymologically it relates to the Celtic God Lugoves, Lugh as does Laon and Leiden. Lyon is located approximately 470 km from Paris, 320 km from Marseille, 420 km from Strasbourg, 160 km from Geneva, 280 km from Turin. The residents of the city are called Lyonnais. The population of Lyon is 484,344 (2010).