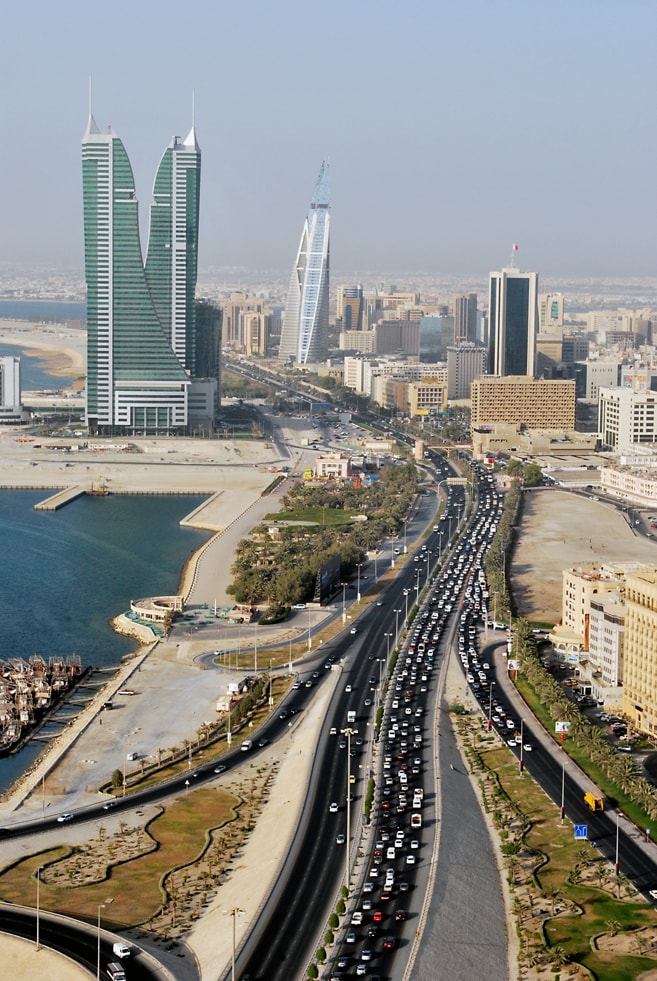 Manama is the capital and largest city of Bahrain, with an approximate population of 155,000 people. Long an important trading center in the Persian Gulf, Manama is home to a very diverse population. After periods of Portuguese and Persian control and invasions from the ruling dynasties of Saudi Arabia and Oman, Bahrain established itself as an independent nation during the 19th century period of British hegemony.