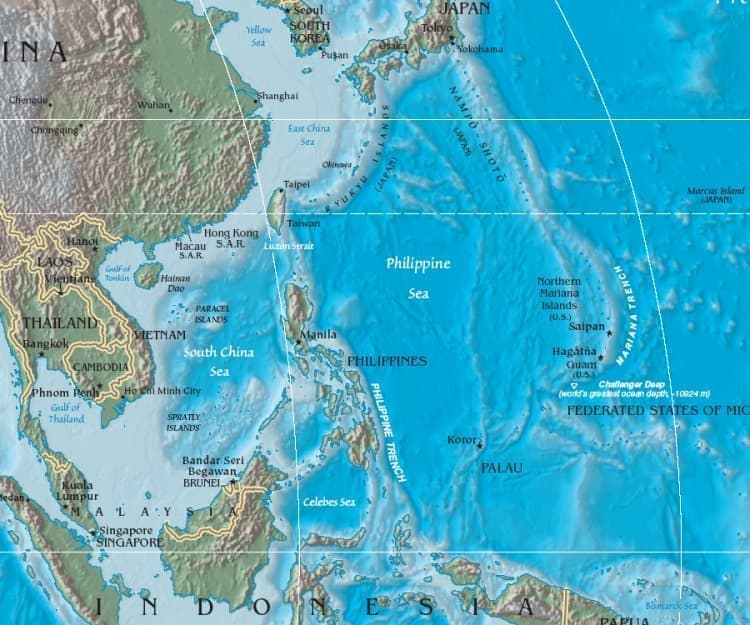 The Mariana Islands (also the Marianas; up to the early 20th century sometimes called Ladrones Islands, from Spanish Islas de los Ladrones meaning “Islands of Thieves”) are an arc-shaped archipelago made up by the summits of fifteen volcanic mountains in the north-western Pacific Ocean between the 12th and 21st parallels north and along the 145th meridian east. They are south of Japan and north of New Guinea, and form the eastern limit of the Philippine Sea.