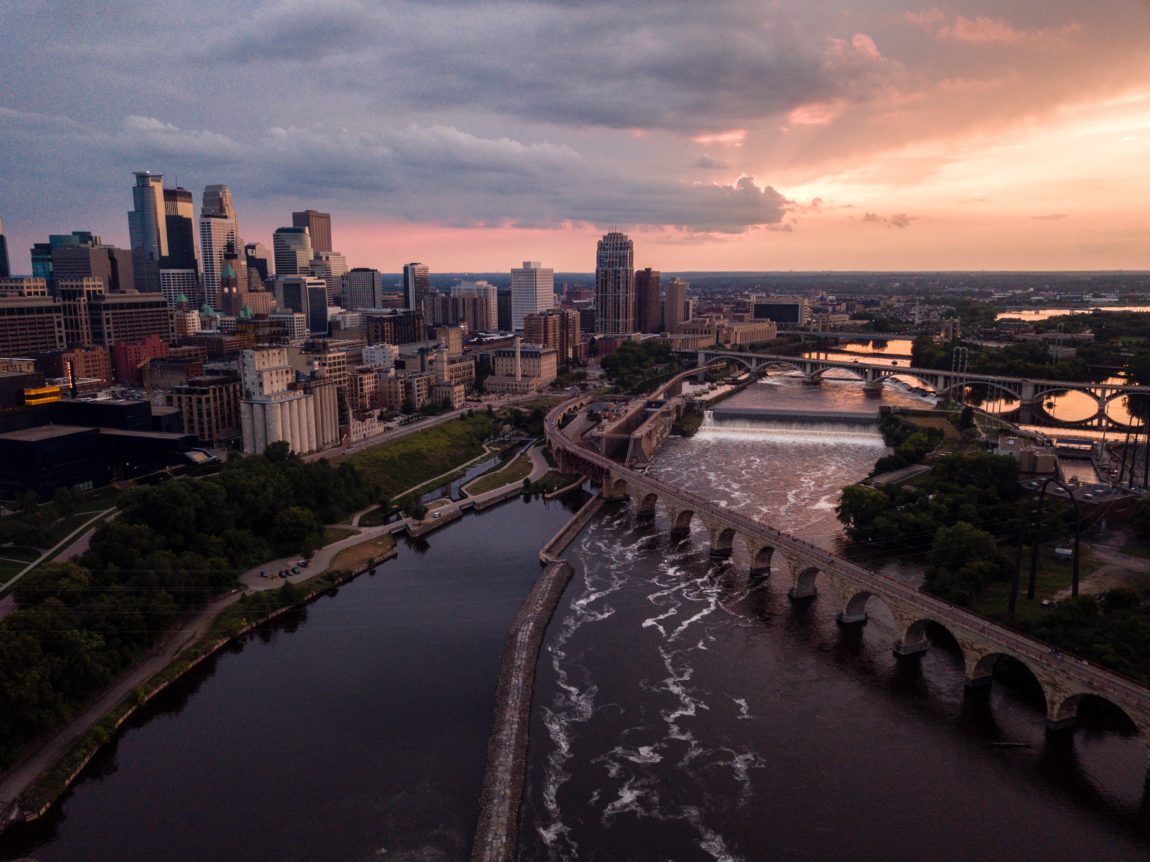 Minneapolis, nicknamed “City of Lakes” and the “Mill City,” is the county seat of Hennepin County, the largest city in the state of Minnesota, and the 48th largest in the United States. Its name is attributed to the city’s first schoolteacher, who combined mni, a Dakota Sioux word for water, and polis, the Greek word for city. As of 2011, the estimated population of the city of Minneapolis is 387,753.