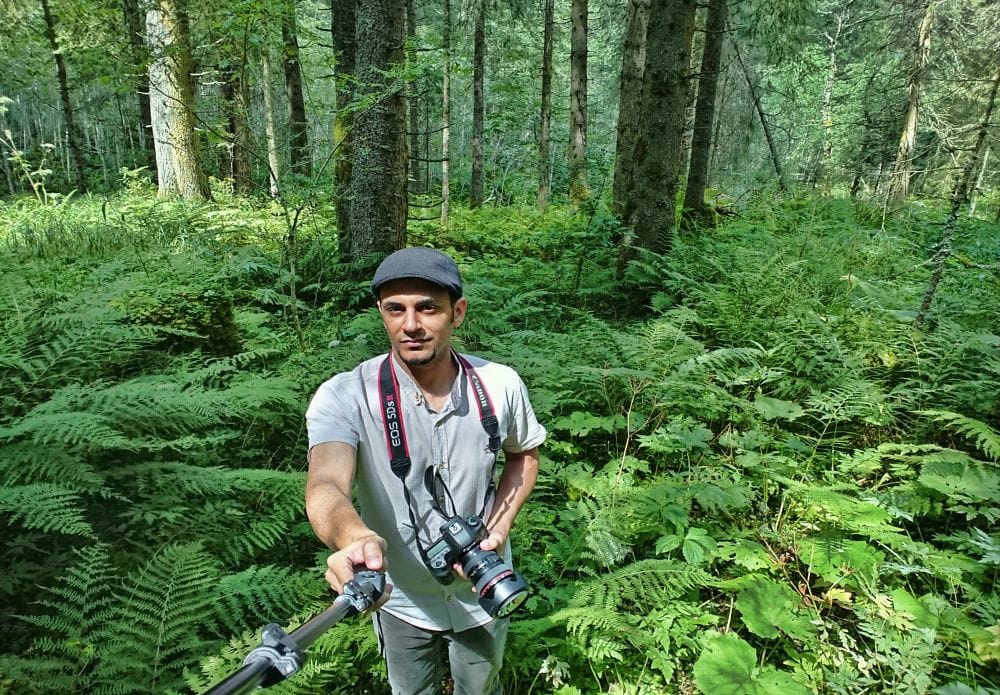 Mofeed Abu-Shalwa, 35 years old, graduate of the Technical College of Management, a scientific researcher and a professional photographer, specialized in Macro and Micro photography. Winner of five international titles, the most profound one is the second title of the titles of The Photographic Society of America, the winner of more than 147 international awards, as well as having more than 10 million views on YouPic.

My Story to the world of macro photography, and through several paragraphs reason I chose this field, and why I specialized in insects’ photography in addition to my field “Jewel Beetles. What drove me to this field is back to a story about my childhood, when I used to suffer from insects phobia, this fear grew stronger as my classmates in school used to bring insects with them, while knowing that I’m fearful of insects. They used to throw them on me as a joke, my fear grew stronger over the years and the experience happened to me a few times later on. So, choosing the world of small worlds’ photography was to be able to break the childhood fear that grew in me since childhood from insects and getting close to them. Secondly, to send a message through my photos to see this beauty and tiny details that can only be seen using camera lenses, the other thing is its difficulty, for many nature photographers I met throughout my career, have tried it but didn’t succeed. The reason why I specialized in beetles is another beautiful story and another reason that drove me to specialize in them is my scientific research about them.
For insects, in general, are the first creatures that appeared on earth since 435 million years, my attention towards beetles was because they are the highest rank of insects, meaning that 40% of insects are beetles, in another way, they are the most studied and sorted in the animal kingdom with a percentage of almost 30%, this percentage is according to studies by dedicated scientists in the field.
Some scientists think that the modern beetle appeared 140 million years ago, but modern researchers published in 2007 show that they existed back in the Permian period in the Paleozoic era, or 265 to 300 million years ago, so, beetles existed before the disintegration of the great continent of Pangaea.
The search has led me also to the story connecting the secrets of the pharaohs to the holy Scarab beetle, which I wrote many articles about, for they used Scarab beetle for general purposes, and beetles were used in cylinder seals and seal buttons, and they were used as jewelry for rings and necklaces, the history of the beetles throughout the ages extend to being one of the secrets that archaeologists tried to solve in the mysteries of the paintings of the Scarab beetles.