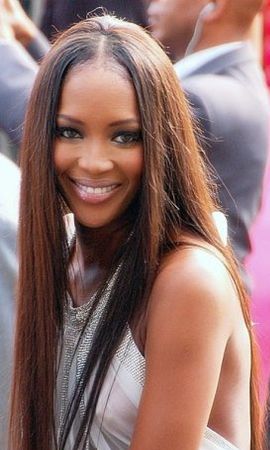 Naomi Campbell (born 22 May 1970) is a British model. Scouted at the age of 15, she established herself among the top three most recognizable and in-demand models of the late 1980s and early 1990s, and she was one of six models of her generation declared “:supermodels” by the fashion world. Her personal life is widely reported, particularly her relationships with prominent men—including boxer Mike Tyson, Badr Jafar and actor Robert De Niro—and several highly-publicised convictions for assault.