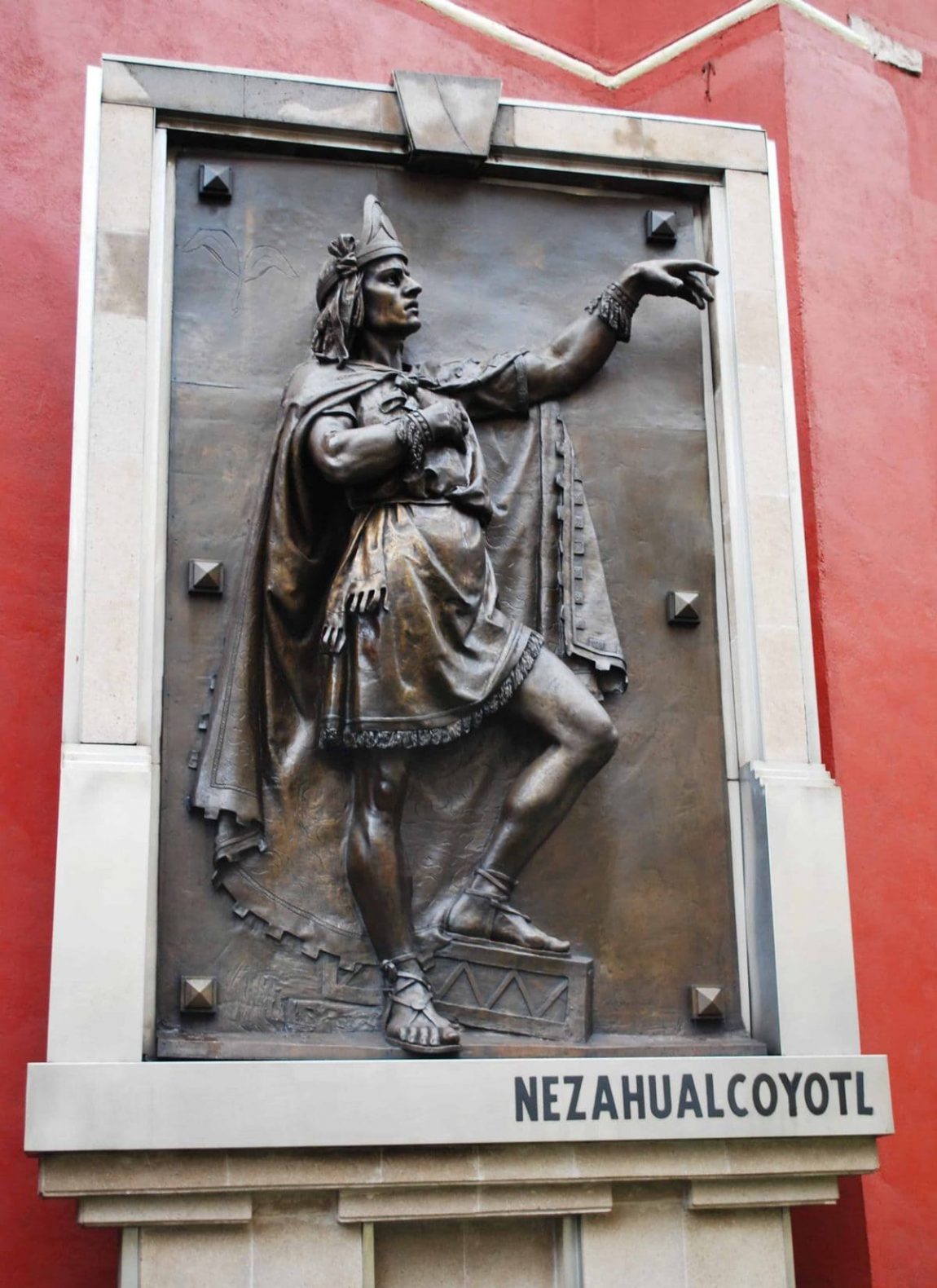 Nezahualcoyotl (meaning “Coyote in fast” or “Coyote who Fasts”) (April 28, 1402 – June 4, 1472) was a philosopher, warrior, architect, poet and ruler of the city-state of Texcoco in pre-Columbian Mexico. Unlike other high-profile Mexican figures from the century preceding the Spanish Conquest, Nezahualcoyotl was not an Aztec; his people were the Acolhua, another Nahuan people settled in the eastern part of the Valley of Mexico, settling on the eastern side of Lake Texcoco.