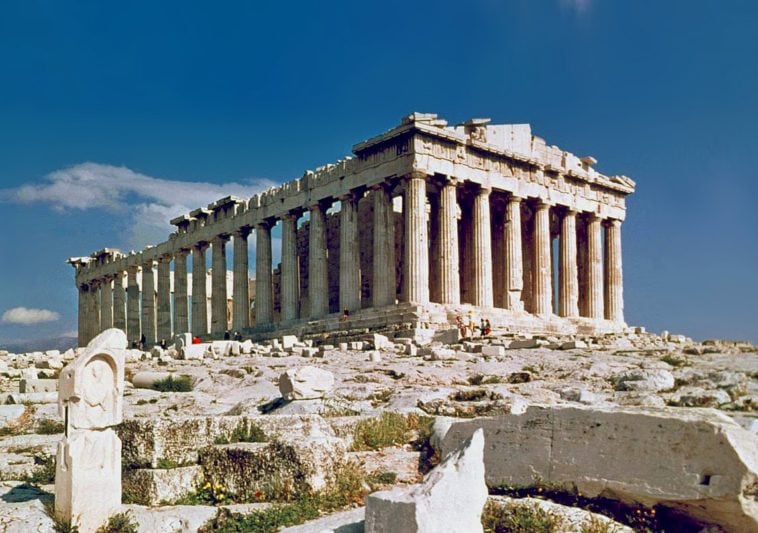 The Parthenon is a temple on the Athenian Acropolis, Greece, dedicated to the maiden goddess Athena, whom the people of Athens considered their patron deity. Its construction began in 447 BC when the Athenian Empire was at the height of its power. It was completed in 438 BC, although decoration of the building continued until 432 BC. It is the most important surviving building of Classical Greece, generally considered the culmination of the development of the Doric order.