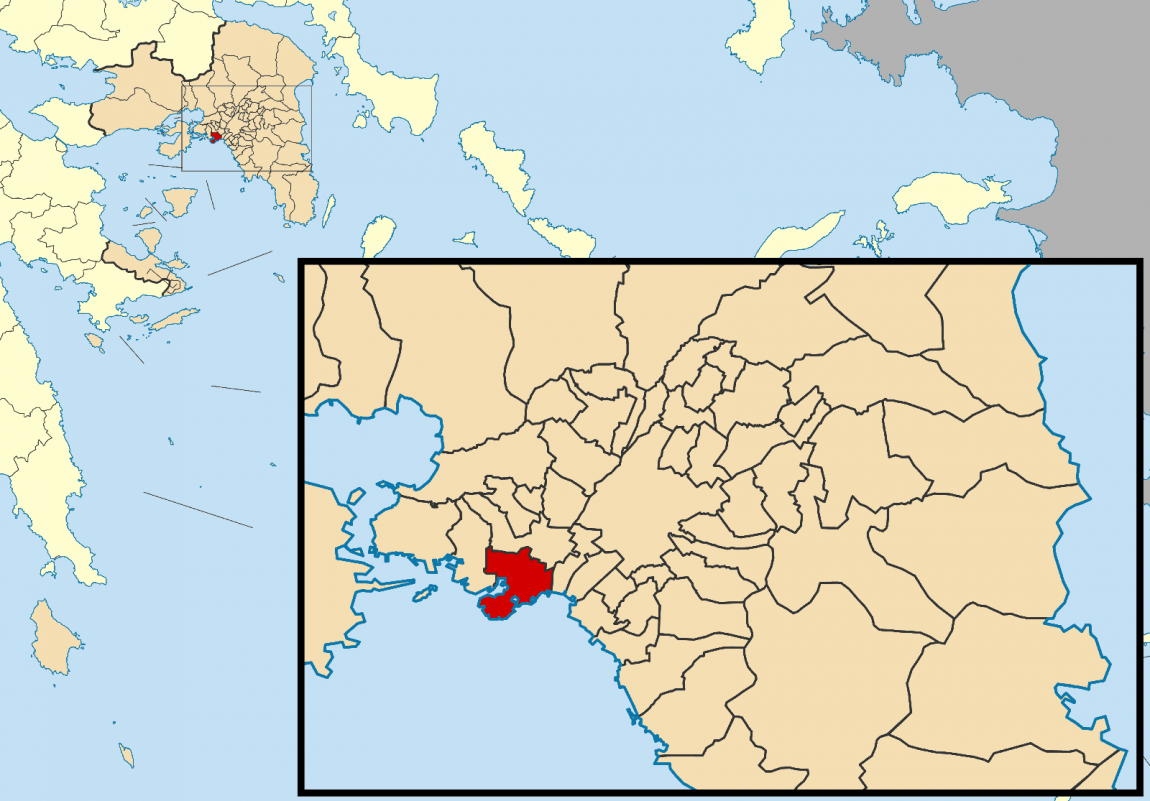 Piraeus is a port city in the region of Attica, Greece. Piraeus is located within the Athens urban area, 12 km southwest from its city center (municipality of Athens), and lies along the east coast of the Saronic Gulf. According to the 2011 census, Piraeus had a population of 163,688 people within its administrative limits, making it the fourth largest municipality in Greece and the second largest within the urban area of the Greek capital, following the municipality of Athens.