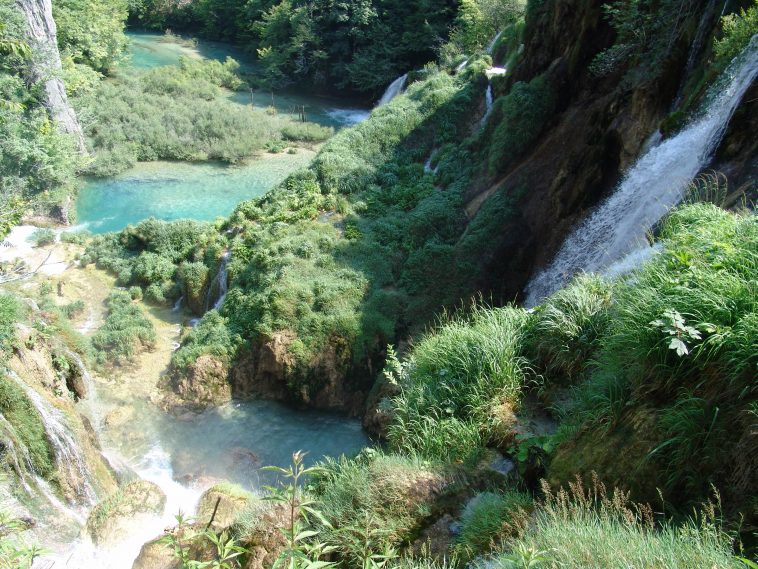 Plitvice Lakes National Park is the oldest national park in Southeast Europe and the largest national park in Croatia. The national park was founded in 1949 and is situated in the mountainous karst area of central Croatia, at the border to Bosnia and Herzegovina. The important north-south road connection, which passes through the national park area, connects the Croatian inland with the Adriatic coastal region. The protected area extends over 296.85 square kilometres .