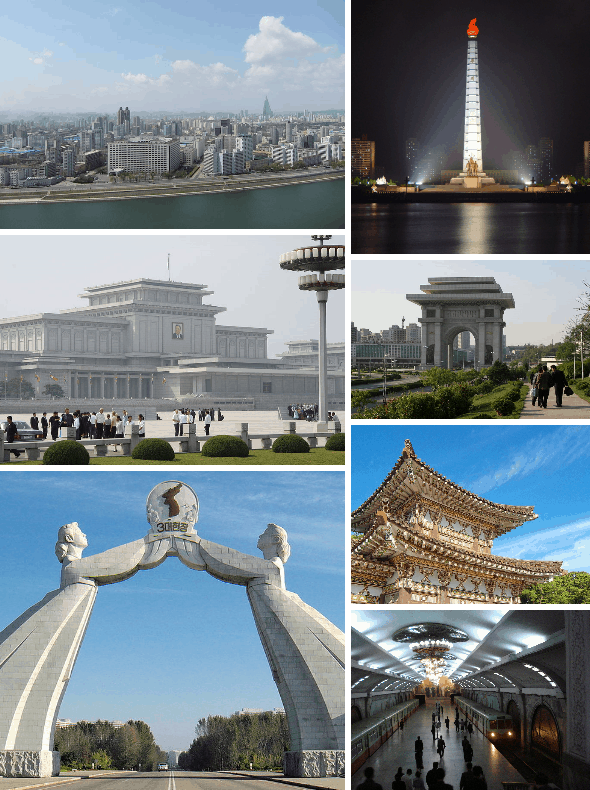 Pyongyang is the capital of the Democratic People’s Republic of Korea, commonly known as North Korea, and the largest city in the country. Pyongyang is located on the Taedong River and, according to preliminary results from the 2008 population census, has a population of 3,255,388. The city was split from the South P’yŏngan province in 1946.