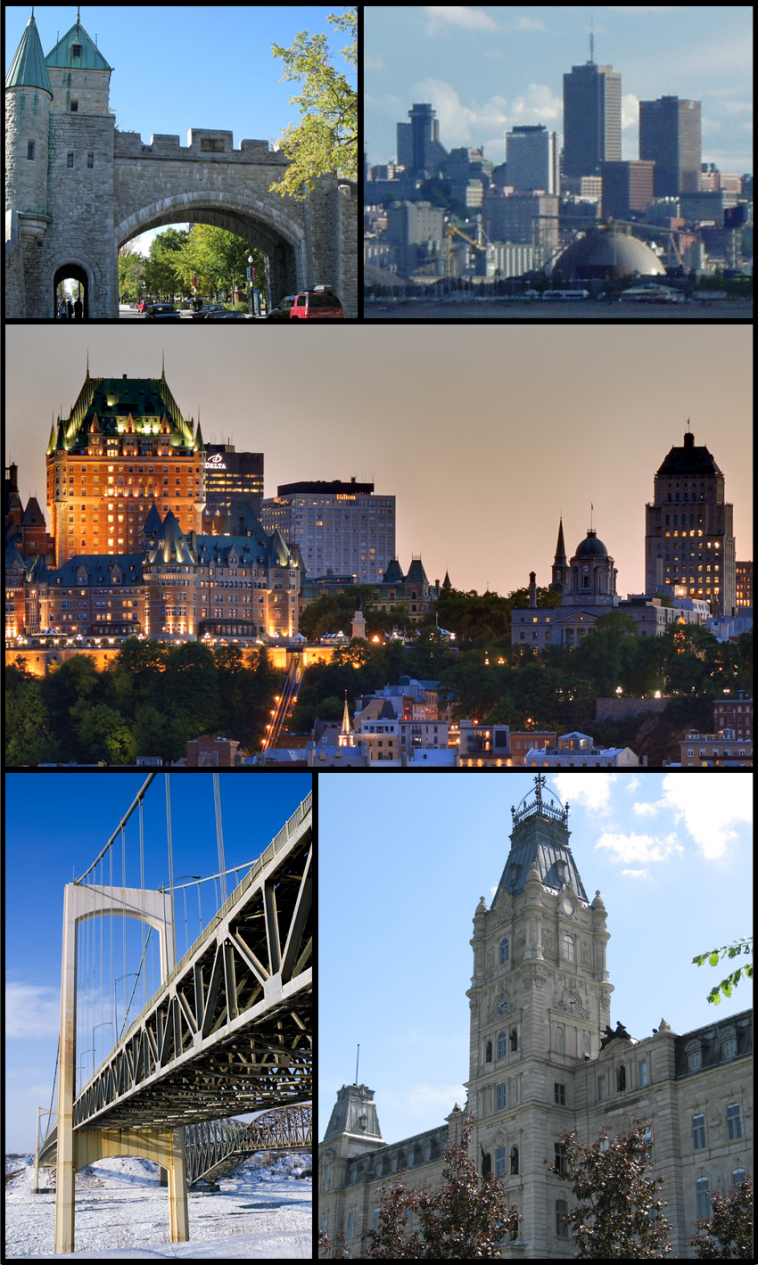 Quebec, also Québec, Quebec City or Québec City (French: Ville de Québec), is the capital of the Canadian province of Quebec. As of 2011, the city has a population of 516,622, and the metropolitan area has a population of 765,706, making it the second most populous city in Quebec after Montreal, which is about 233 km to the southwest.