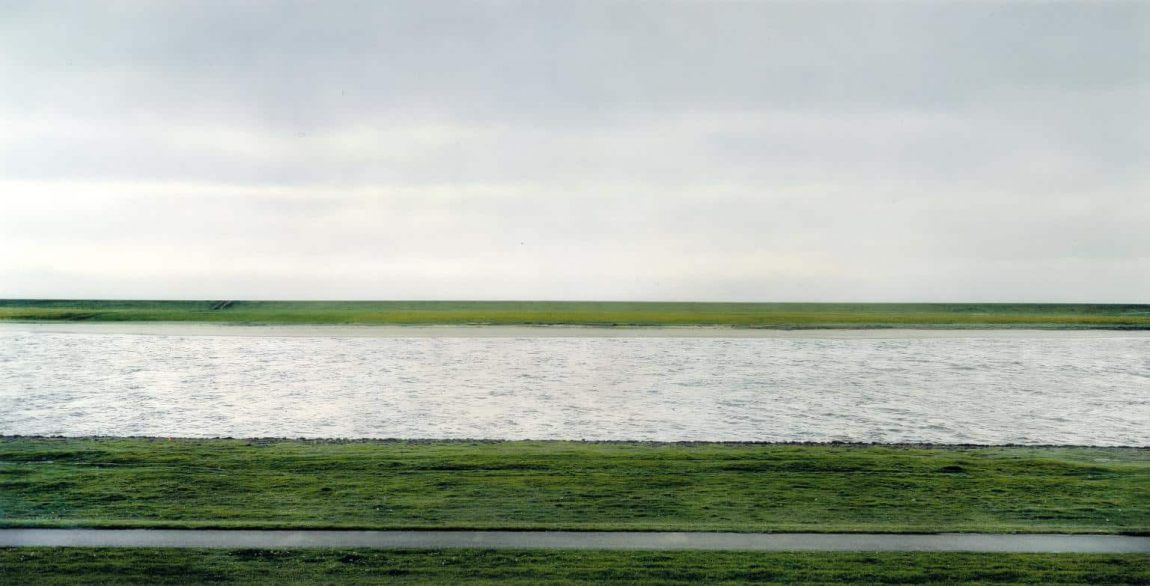 Rhein II is a photograph made by German visual artist Andreas Gursky in 1999. In 2011, a print was auctioned for $4.3 million (then £2.7m), making it the most expensive photograph ever sold. The photograph was produced as the second (and largest) of a set of six depicting the River Rhine. In the image, the Rhine flows horizontally across the field of view, between green fields, under an overcast sky.