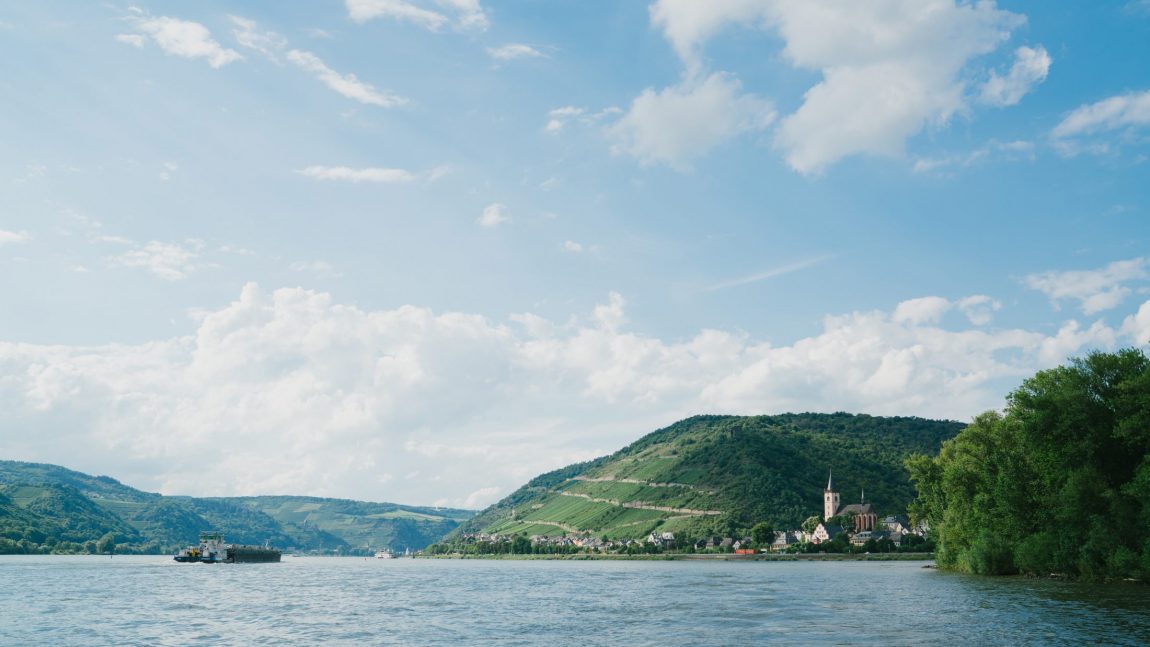 The Rhine is a river that flows from the Swiss canton of Grisons in the southeastern Swiss Alps to the North Sea coast in the Netherlands and is the twelfth longest river in Europe, at about 1,233 km, with an average discharge of more than 2,000 m/s . The Rhine and the Danube formed most of the northern inland frontier of the Roman Empire and, since those days, the Rhine has been a vital and navigable waterway carrying trade and goods deep inland.