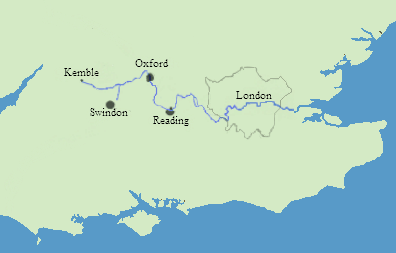 The River Thames flows through southern England. It is the longest river entirely in England and the second longest in the United Kingdom, behind the River Severn. While it is best known because its lower reaches flow through central London, the river flows alongside several other towns and cities, including Oxford, Reading, Henley-on-Thames, Windsor, Kingston upon Thames and Richmond.