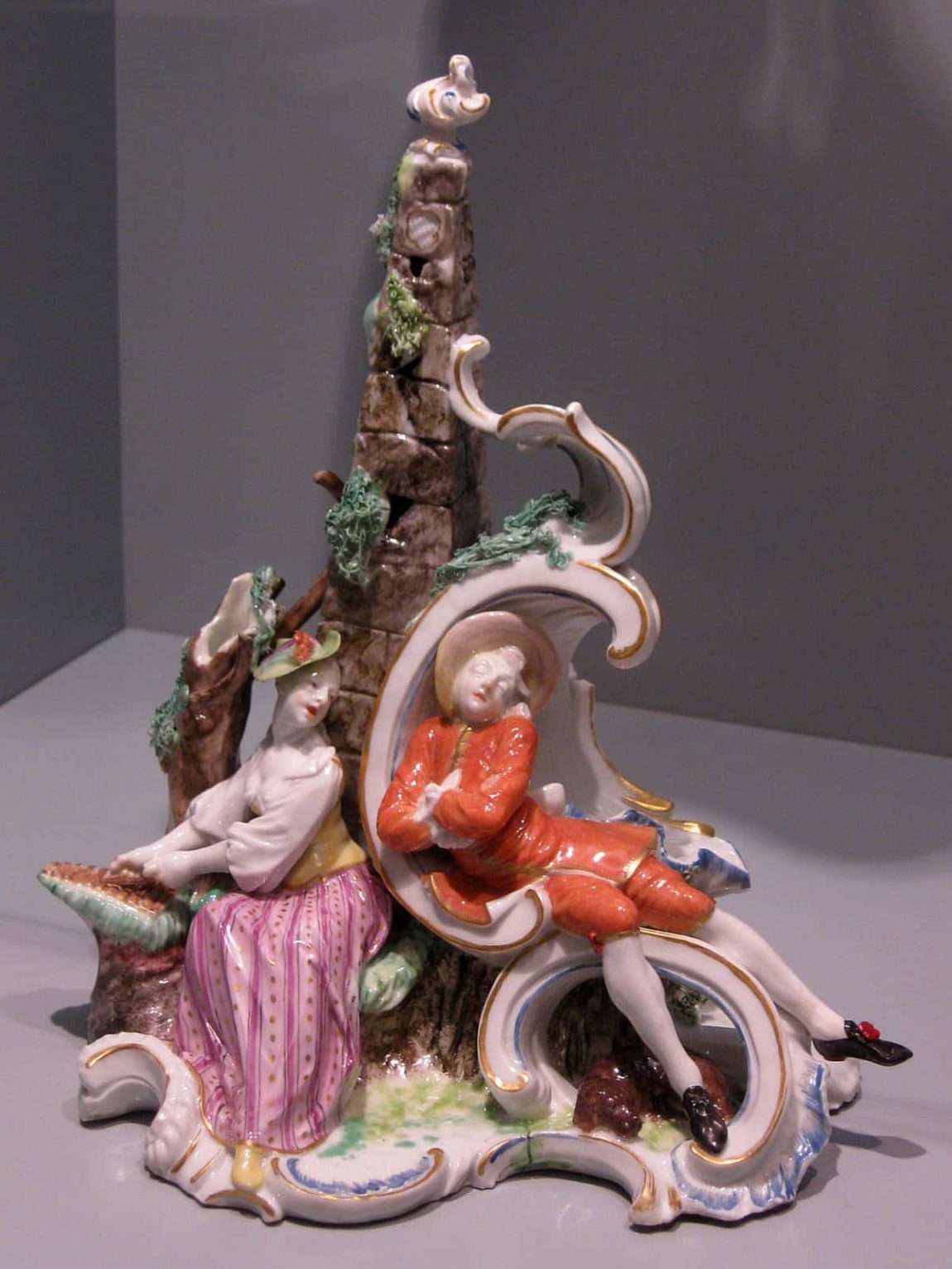 Rococo, less commonly roccoco, also referred to as “Late Baroque”, is an 18th-century artistic movement and style, which affected several aspects of the arts including painting, sculpture, architecture, interior design, decoration, literature, music and theatre. The Rococo developed in the early part of the 18th century in Paris, France as a reaction against the grandeur, symmetry and strict regulations of the Baroque, especially that of the Palace of Versailles.