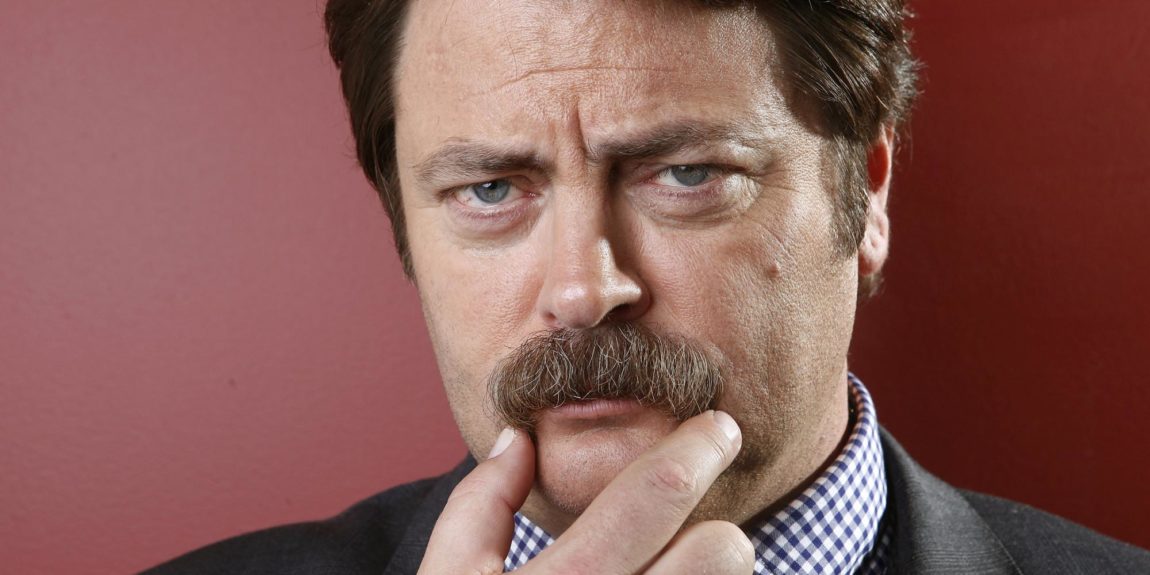 Ronald Ulysses “Ron” Swanson is a fictional character played by Nick Offerman from the situation comedy television series Parks and Recreation on NBC, created by Greg Daniels and Michael Schur. In the series, Ron is the director of the parks and recreation department of Pawnee, Indiana and the immediate superior of series protagonist Leslie Knope until Knope’s election to the Pawnee City Council at the end of Season 4.