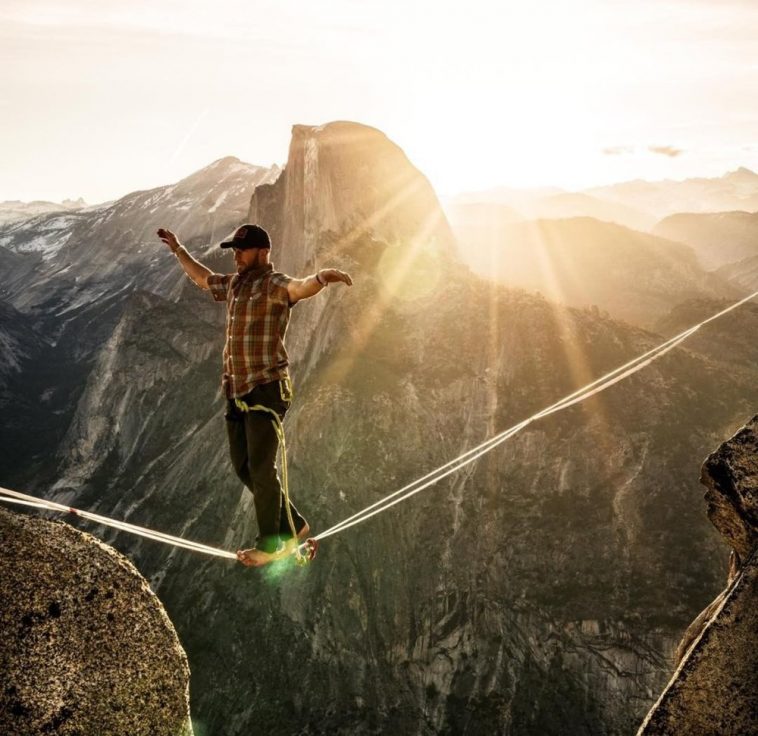 Ryan has been pushing the limits of balance for most of the years of his life, first on his bicycle mastering the art of Observed Bicycle Trials (think Danny McKaskill). That lead into an interest in endurance training when Ryan discovered triathlon, where he spent the better part of a decade discovering his ability to push his body and mind on the bike, running and swimming. In his triathlon career, he ran over one hundred races and never DNF’ed (did not finish.)

Times change though and in craving something different, perhaps something more, Ryan serendipitously discovered the art of highlining – and completely fell in love. Everything else seemed to fall to the wayside as he obsessed over this new passion. Fast forward five years and he has traveled the world walking one inch bridges across the sky, working with some of the most prestigious photographers and videographers in the world for outlets such as National Geographic, GoPro, RedBull, and Outside Magazine, to name a few.