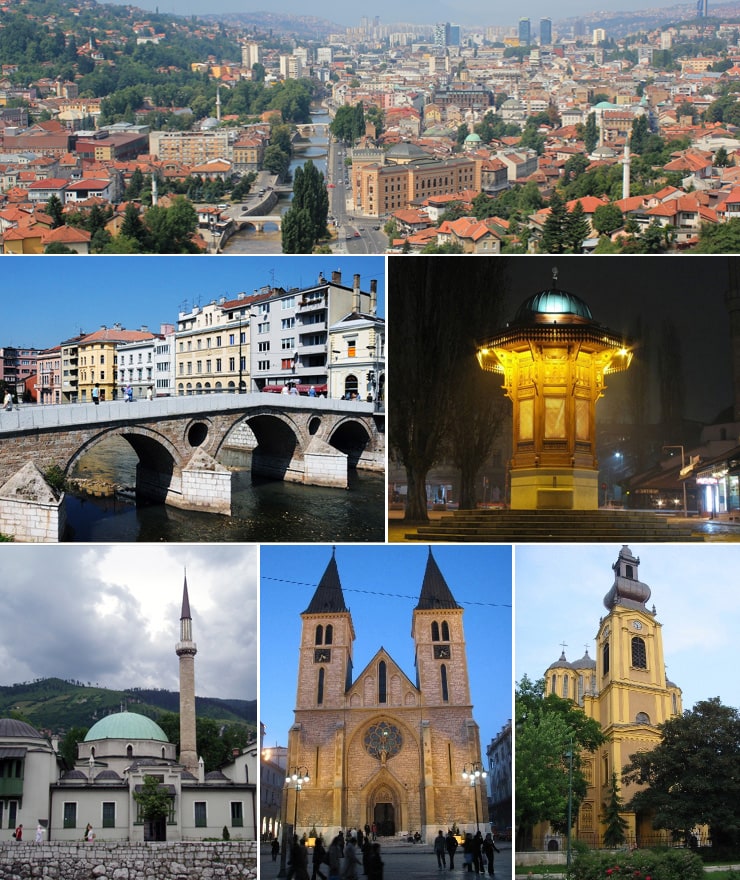 Sarajevo is the capital and largest city of Bosnia and Herzegovina, with an estimated population of over 321,000 people within its administrative limits. It is also the capital of the Federation of Bosnia and Herzegovina entity, as well as the center of the Sarajevo Canton, which has estimated population of 469,400. Nestled within the greater Sarajevo valley of Bosnia, it is surrounded by the Dinaric Alps and situated along the Miljacka River in the heart of Southeastern Europe and the Balkans.