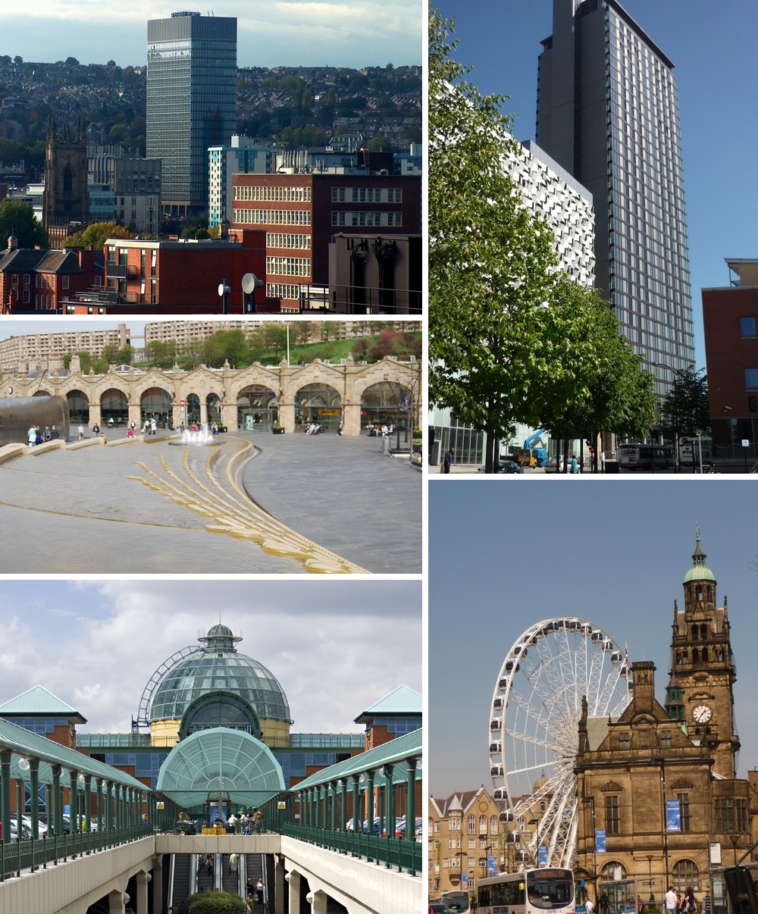 Sheffield Listen/ˈʃɛfiːld/ is a city and metropolitan borough in South Yorkshire, England. Its name derives from the River Sheaf, which runs through the city. Historically a part of the West Riding of Yorkshire, and with some of its southern suburbs annexed from Derbyshire, the city has grown from its largely industrial roots to encompass a wider economic base. The population of the City of Sheffield is 551,800 (2011 est.