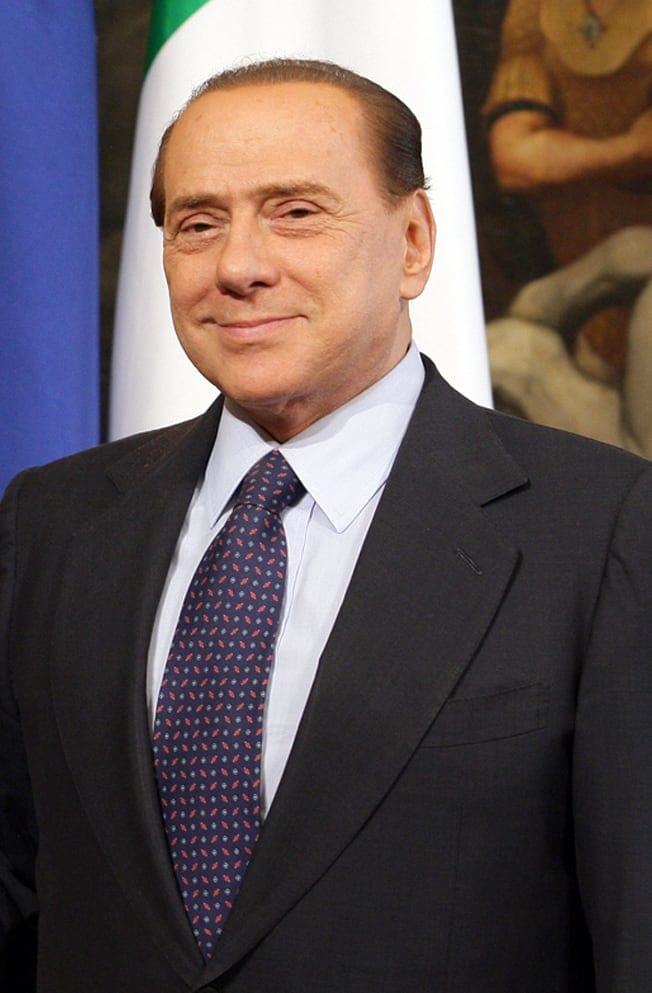 Silvio Berlusconi (born 29 September 1936) is an Italian politician and media tycoon who served three times as Prime Minister of Italy from 1994 to 1995, 2001 to 2006 and 2008 to 2011, led the country almost ten years and seven years as leader of opposition. Berlusconi is also the controlling shareholder of Mediaset and owner of the Italian football club, A.C. Milan. He is nicknamed Il Cavaliere (The Knight) for his Order of Merit for Labour.