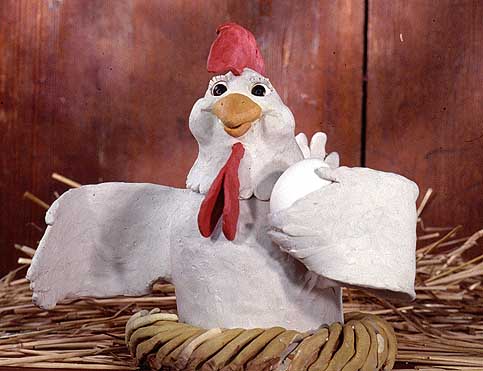 Stop motion (also known as stop frame) is an animation technique to make a physically manipulated object appear to move on its own. The object is moved in small increments between individually photographed frames, creating the illusion of movement when the series of frames is played as a continuous sequence. Dolls with movable joints or clay figures are often used in stop motion for their ease of repositioning. Stop motion animation using plasticine is called clay animation or “clay-mation”.