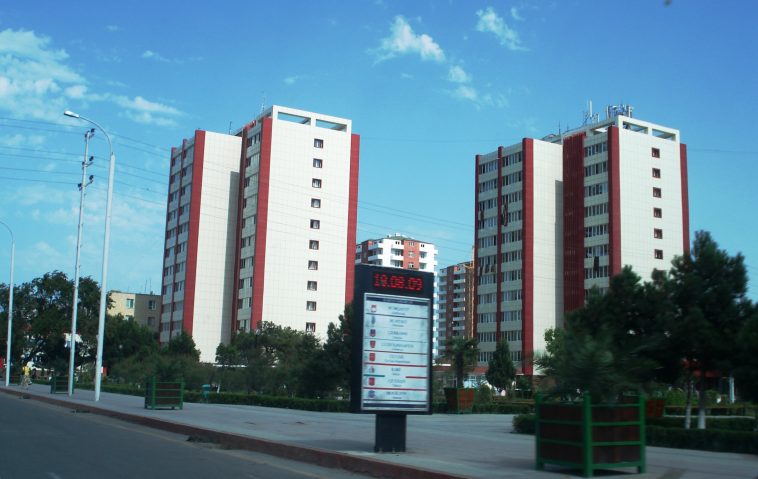 Sumgayit (Azerbaijani: Sumqayıt; Russian: Сумгаит; also, Sumgait and Sumqayyt) is one of the largest cities in Azerbaijan, located near the Caspian Sea, about 31 kilometres away from the capital, Baku. The city has a population of 308,700 (2009 census), making it the third-largest city in Azerbaijan after the capital Baku and Ganja. The city has a territory of 83 km². It was founded on November 22, 1949.