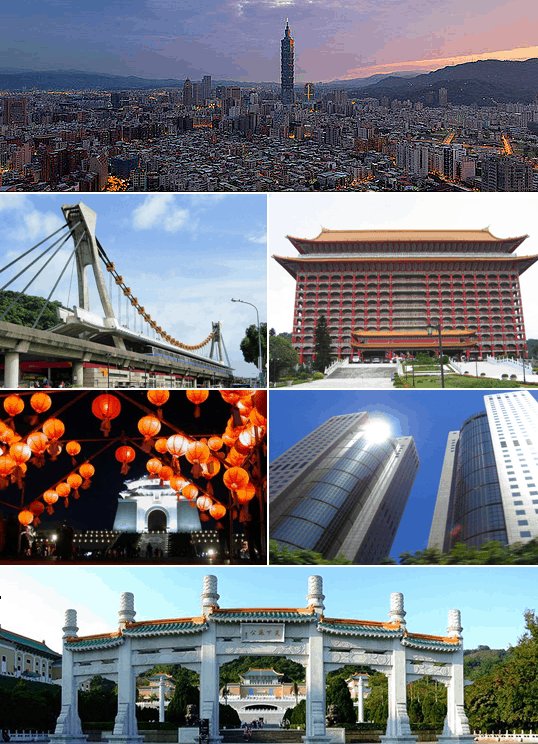 Taipei City is the capital of the Republic of China (Taiwan). Situated at the northern tip of Taiwan, Taipei is located on the Tamsui River; it is about 25 km southwest of Keelung, a port city on the Pacific Ocean. It lies in the two relatively narrow valleys of the Keelung (基隆河) and Xindian (新店溪) rivers, which join to form the Tamsui River along the city’s western border. The city proper (Taipei City) is home to an estimated 2,618,772 people.