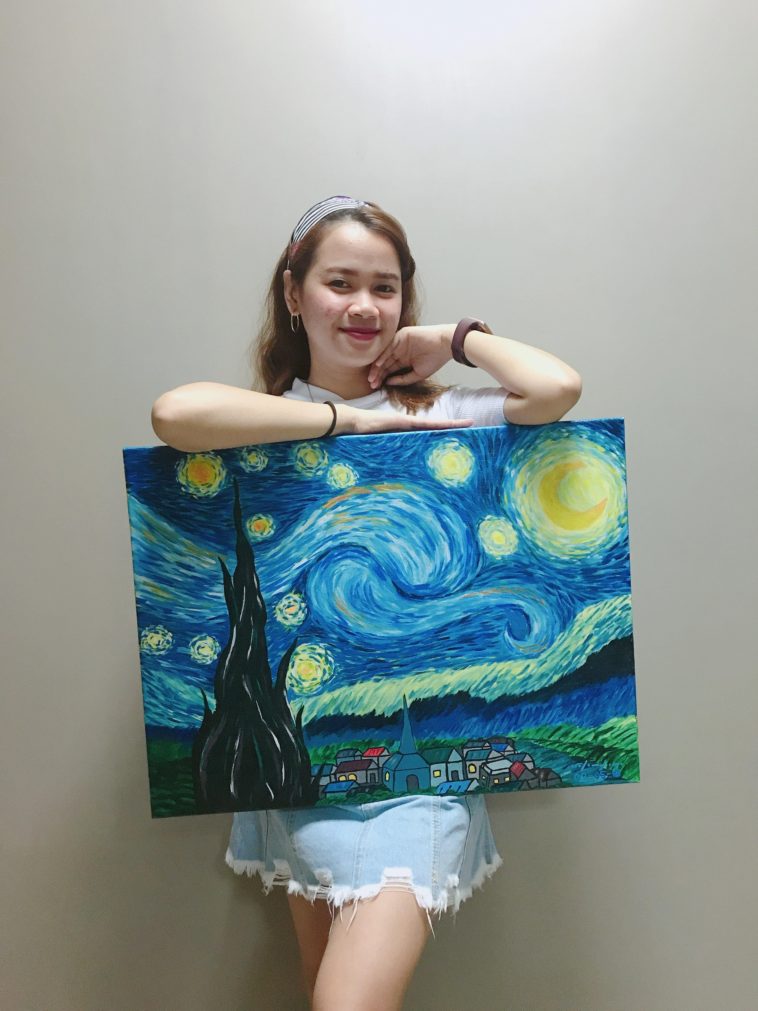 The Starry Night is a painting most famous for its quality. It depicts the night view outside the sanitarium window of Vincent at Saint-Rémy in southern France, though it was painted from memory during daytime hours. The artist created this piece while living with mental illness and now it has been part of New York’s Museum Collection since 1941 after being bequeathed by Lillie P Bliss (who bought Van Gogh’s work among others).

The subject of The Starry Night is summarized by the Van Gogh Museum as follows:

“Despite his continued protestations that he was not a religious man, it [The Starry Night] reflects a deep-seated spiritual quality with its contrasting themes of darkness and light. The nocturnal scene is illuminated by an unknown source, possibly the moon, which lends the painting an overall yellow tone. The radiant halo around the moon recalls Van Gogh’s interest in Japanese prints and has been interpreted by some as a representation of Saint Elmo’s fire, while it’s positioning above the sleeping town suggests divine protection or inspiration. The painting is full of opposites: darkness vs. light; stillness vs. turbulence; movement and dynamism vs. stasis and the quiet of the night.”

The view is very similar to the real scene from his window at The Stary Night Clinic, which he painted using a much lighter palette. The exterior glimpses of the building are dark, but Van Gogh used high key in painting figures and animals to give the painting a sense of lively calm. The stars over the hills and cypress trees are brightly lit, contrasting with the dark mountains and sky as well as against the rest of The Starry Night. The town is dimly lit by an unseen moon and seems to be sleeping. The overall tone of The Starry Night is one of deep contrast, perhaps nighttime, anxiety, and distress. The painting is unique in the way that it seems to have been created from a fevered imagination with an unusual perspective of a panoramic scene. The dark earth tones and opaque hues create a tone of darkness and mystery that drips from The Starry Night by Van Gogh.