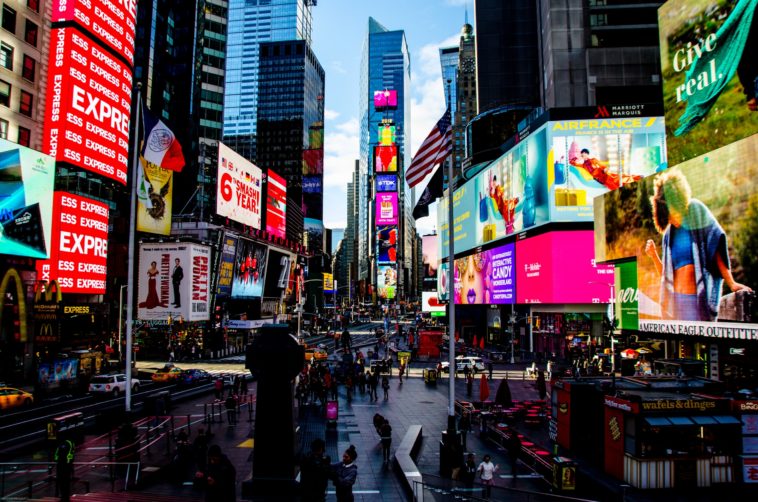 Times Square is a major commercial intersection in Midtown Manhattan, New York City, at the junction of Broadway and Seventh Avenue and stretching from West 42nd to West 47th Streets. Times Square – iconified as “The Crossroads of the World”, “The Center of the Universe”, and the “The Great White Way” – is the brightly illuminated hub of the Broadway Theater District, one of the world’s busiest pedestrian intersections, and a major center of the world’s entertainment industry.