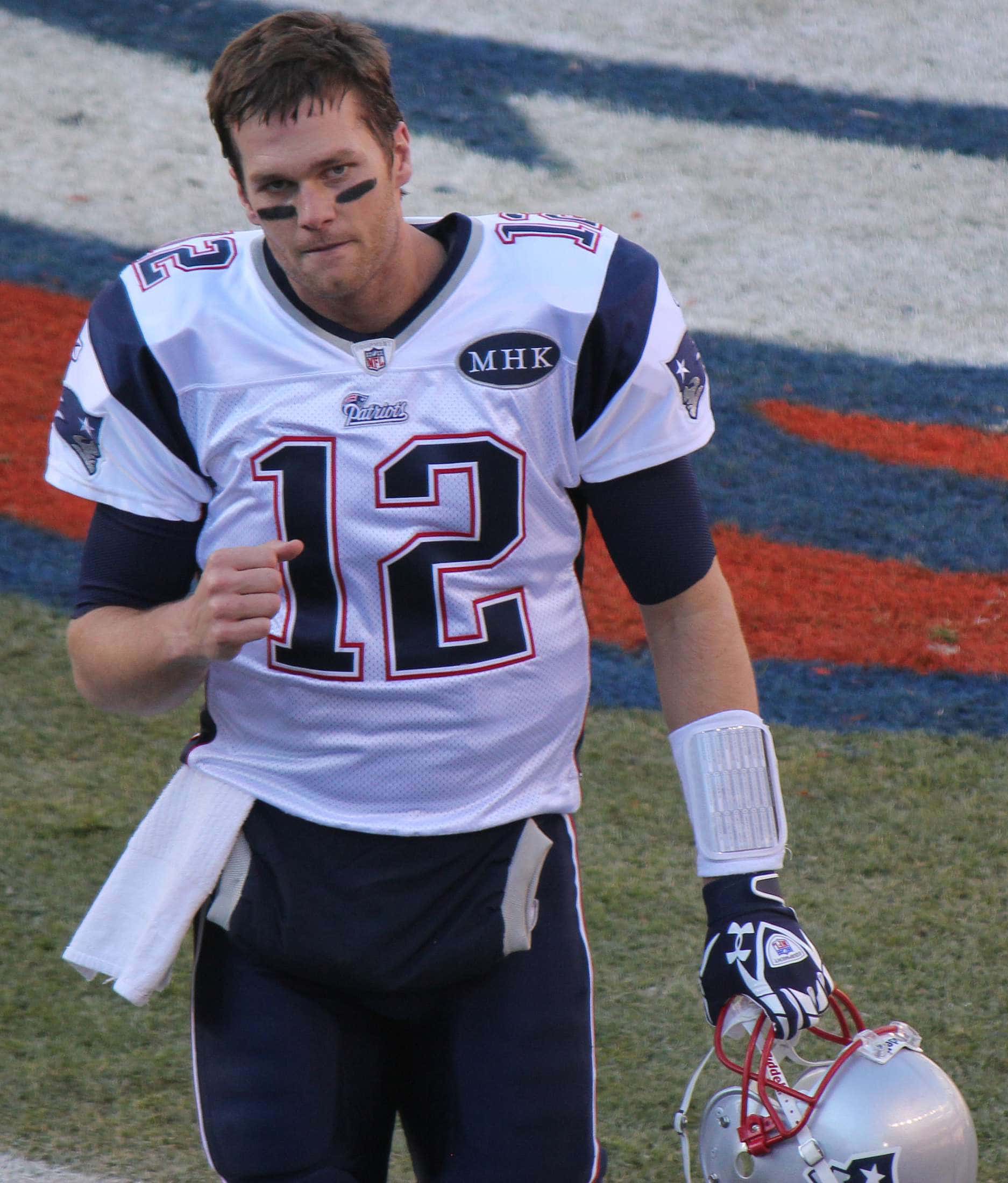 Thomas Edward Patrick “Tom” Brady, Jr. (born August 3, 1977) is an American football quarterback for the New England Patriots of the National Football League (NFL). After playing college football for the University of Michigan, Brady was drafted by the Patriots in the sixth round of the 2000 NFL Draft. In Brady’s ten seasons as a starter, the Patriots have earned trips to the Super Bowl in five of them, winning three.