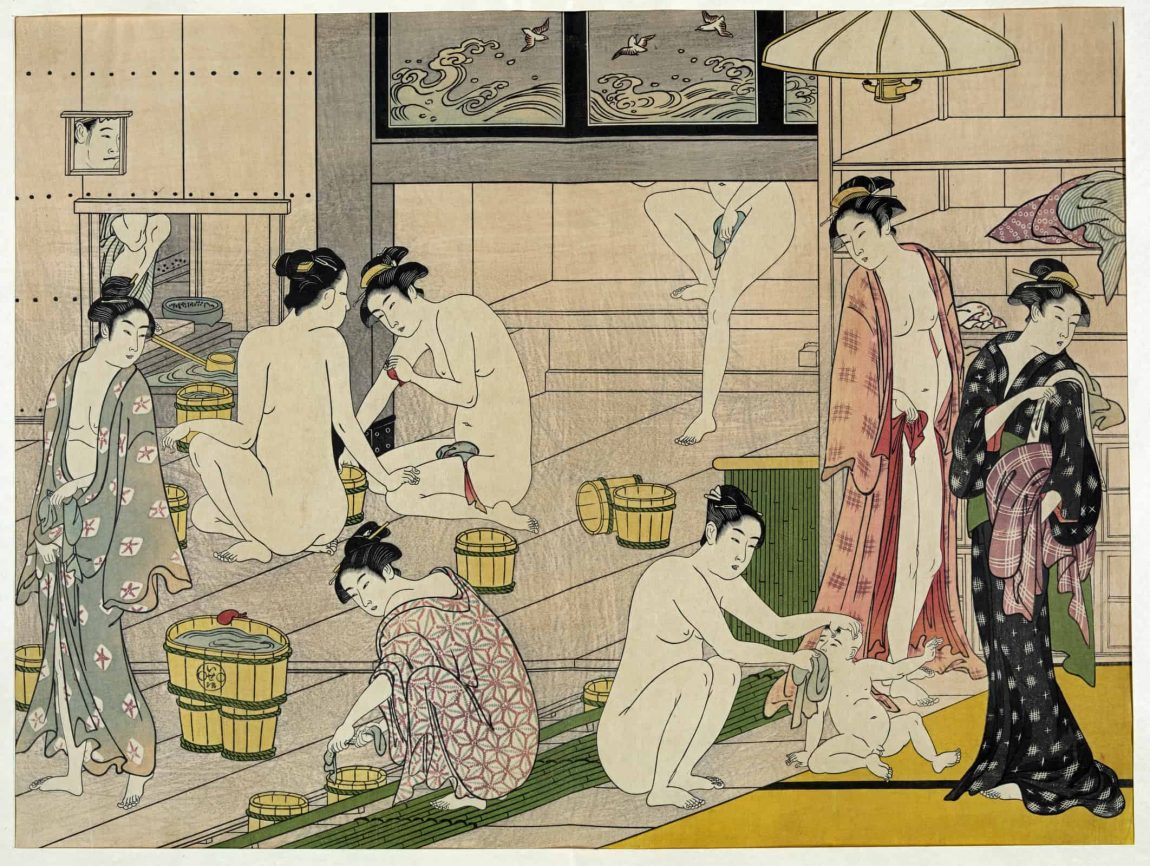 described the urban lifestyle, especially the pleasure-seeking aspects, of Edo-period Japan (1600–1867). The “Floating World” culture developed in Yoshiwara, the licensed red-light district of Edo, which was the site of many brothels, chashitsu tea houses, and kabuki theaters frequented by Japan’s growing middle class. The ukiyo culture also arose in other cities such as Osaka and Kyoto.