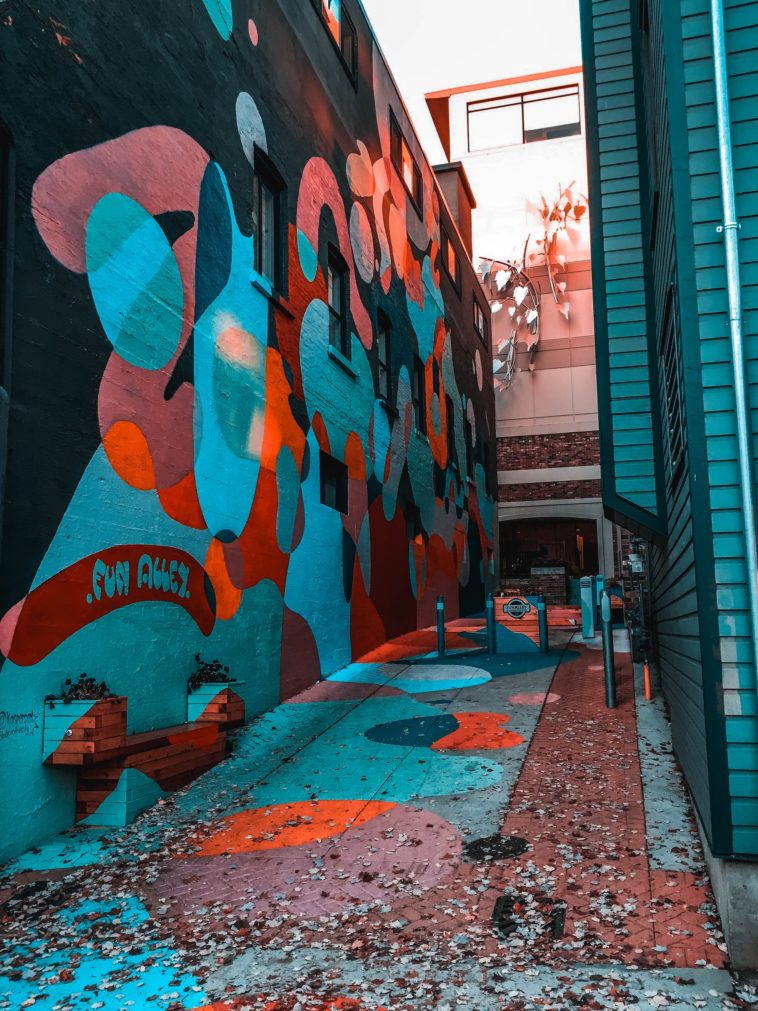 The beauty of urban art is in its simplicity. By drawing inspiration from the architecture and style surrounding them, artists can create a work with meaning for those who see it. These works can be anything ranging from street pieces full of colorfully spray-painted words or pictures emphasizing both contrast and unity seen while traversing through an alleyway to more sober images reflecting on modern life’s concerns such as poverty and social injustice.

Urban Art (from Latin Urbanus) is a type of visual artwork relating specifically to cities often created by people living within these city spaces themselves rather than outside observers looking into this world as many other forms may do. This form combines two different styles: Street art–which focuses mainly on imagery drawn directly onto surfaces that are found in the public domain–and Graffiti–which is a form of vandalism that often takes the form of written words and symbols. Urban Art specifically thematizes city life, using its architecture or other characteristics as inspiration for a work, but at the same time, Urban Art can be defined as all visual art forms arising in urban areas, being inspired by urban architecture or thematizing urban live style. Urban Art is thus sometimes described as subversive, combining elements from Dadaism with political slogans to create works that are often critical of aspects of modern city life. Unlike many street art styles, Urban Art isn’t specifically motivated by aesthetic considerations such as beauty but more so by meaning relating to social issues and politics.

The origin of Urban Art may be traced back to the late 1800s when a group of artists known as Les Nabis were living and working in Paris. The members of this group were all very talented, but their work was very different from the Impressionist Art which had come before them. Urban art wasn’t something that might have been foreseen at the time because visual art up until then was focused on landscape painting and portraits, and Urban Artists weren’t trying to create beautiful images that could hang in galleries or be sold for high prices. Urban Artists weren’t concerned with creating masterpieces for people to gaze at either; instead, they wanted to make pieces that spoke directly to the viewer and helped convey meaning through imagery rather than words.

Most Urban Art can be seen around major cities. Urban Art is often created by Urban Artists who live in these urban areas, or Urban Art can be viewed as a form of advertisement about the city itself. Urban art does not necessarily need to be done in public spaces either; Urban Art is also found on the walls of many galleries and museums as well. Many Urban artists use graffiti as their medium for Urban Art because it lends itself easily to quick work with little thought put into detail which allows them to respond more quickly to what they want to create an image.

There has been Urban Art in America since the 19th century, but it did not receive much attention until the 1970s when graffiti grew more popular and political. The first Urban Artist was Constantino Brumidi who emigrated from Italy to D.C., where he became a well known artist who specialized in murals for government buildings like The Capitol Building and The White House grounds…though these works were lost during the later redecoration projects, his work was seen as Urban Art because it was created within the city. Urban Art in America really started to take off during the 1970s with graffiti artists tagging public buildings like The Brooklyn Bridge in New York City and The Los Angeles River in California, which still remain there today.

Although Urban Art takes many forms, some Urban Artists used the streets as their canvas by writing or painting on walls and sidewalks for others to see. This form of Urban Art is also known as street art, which first became popularized by Jean-Michel Basquiat from 1976 to 1979 when he started doing graffiti work throughout New York City mainly on subway trains and walls (though again, these works were often destroyed later). Since then, street art has become more common and has been created by people and groups like Banksy, who is known for his stenciled satirical graffiti. Urban Art also encompasses other forms of art besides street art, including murals, skateboard tricks, and photo-realistic oil paintings done on canvas that often reflect social or political themes seen through the eyes of those who live in urban areas. Urban artists are sometimes praised for their work for its beauty as well as its meaning to others living within these city spaces. Many Urban Artists piece together quotes from various modern philosophers such as Bertrand Russell to bring mass appeal to their works while others focus more on the content of Urban Art itself either using political satire or even blatant statements about current issues related to city life.