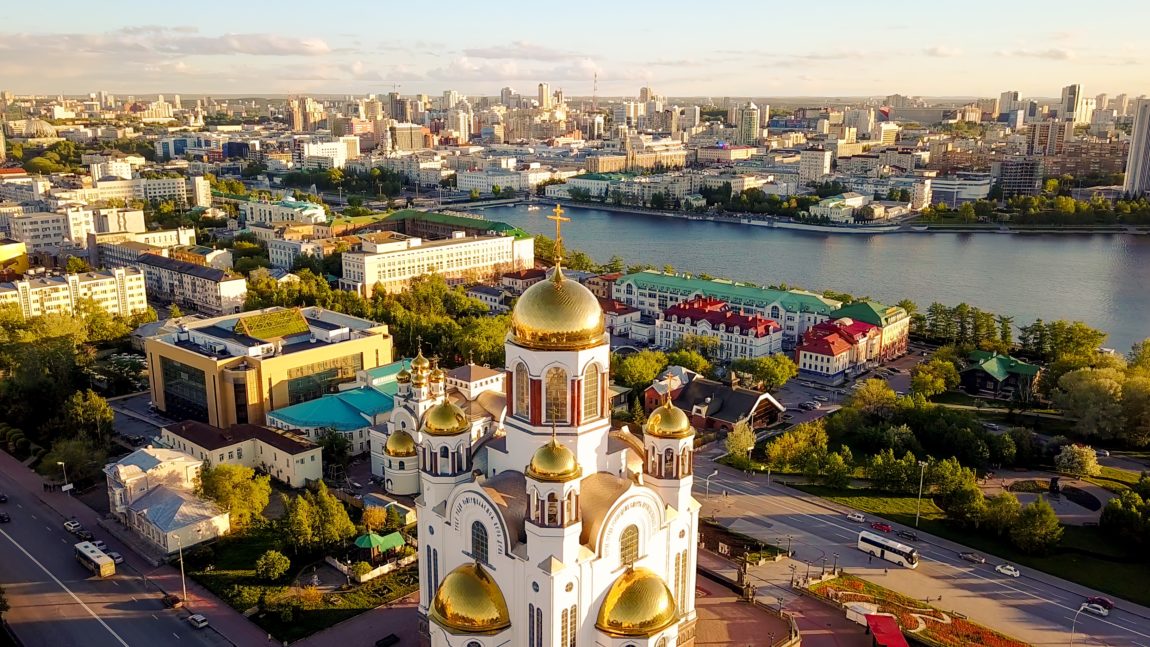 Yekaterinburg, alternatively romanized as Ekaterinburg, is the fourth-largest city in Russia and the administrative center of Sverdlovsk Oblast, located in the middle of the Eurasian continent, on the border of Europe and Asia. Population: 1,349,772. Yekaterinburg is the main industrial and cultural center of the Ural Federal District. Between 1924 and 1991, the city was named Sverdlovsk (Свердло́вск) after the Communist party leader Yakov Sverdlov. Yekaterinburg has been dubbed the “third capital of Russia”, as it is ranked third by the size of economy, culture, transportation, and tourism. It is located about 1,420 kilometers (880 mi) to the east of Moscow.