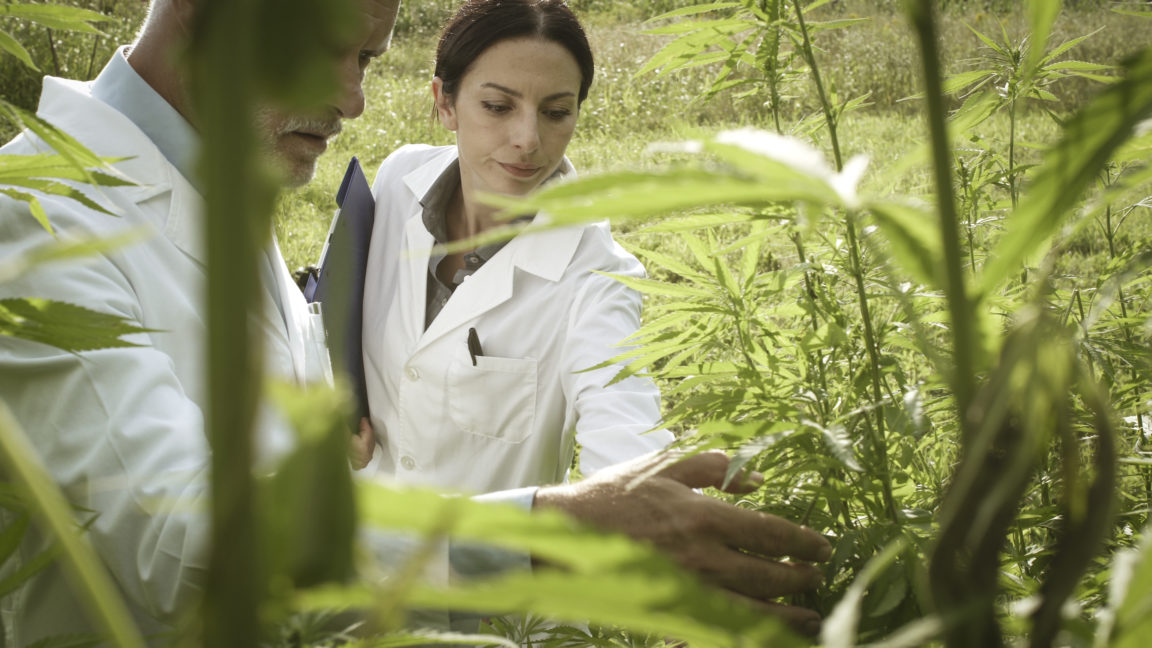 The marijuana community in New York City was abuzz after popular author Martin Lee stumped for CBD in Manhattan’s East Village in an event called “The Future of CBD and Medical Cannabis.” Lee, who has recently been working out west in California, is known for penning the academic-angled work Smoke Signals: A Social History of Marijuana.

The author has teamed up with Project CBD, something he discussed at length in the speech. Alongside his Mendocino County CBD-focused dispensary, Lee is leading an effort to promote CBD research and help the public become more informed on the clinical ability of cannabis. East Street’s Alchemist’s Kitchen, styled as a “botanical dispensary,” staged the event. New York State’s marijuana legislation has allowed Alchemist’s Kitchen to set up a club concentrated on CBD products.

Lee was extremely positive about the rapidly growing interest in CBD, which has come courtesy of the national attention given to personal stories on how CBD crystals and CBD vape juice have helped patients, often children, to beat rare disorders (e.g. Dravet syndrome, an uncommon form of epilepsy which causes severe seizures). In the past, growers would marginalize CBD when breeding, but now this once-ignored cannabinoid is all the rage, as a non-psychoactive cannabinoid with increasingly recognized medical properties.

Lee called marijuana both “paradoxical” and “biphasic”, pointing out that for one user marijuana can induce euphoria, while in another it can cause paranoia. The quantity taken is another key variable that highlights cannabis’ biphasic effects.

Expectedly, Lee delved into the social history of marijuana in his speech, and proposed an intriguing theory that cannabis’ popularity surged in the 1960s due to the heightened stress the nation caused by domestic events like John F. Kennedy’s assassinations – and he had a fascinating statistic to help make his point.

In 1964, California busted more Caucasians than Latinos for marijuana for the first time, just one year after JFK’s assassination. Lee believes people used marijuana to calm themselves from the stream of bad news. Lee explained that phytocannabinoids could be found in cinnamon, black pepper, and multiple herbs, yet in these products, they are perfectly legal. Phytocannabinoids are similar but not the same as endocannabinoids, which are found in the human brain.

Marijuana has grown for millions of years and no powers that be have been able to get rid of the plant where it is present. It’s staying power is remarkable, even in the face of constant 20th century adversity. Lee reckons this is because marijuana promotes homeostasis in the human body as an “adaptogen”.

Lee opined on California’s Proposition 64, revealing that despite voting in favor, he was in tune with concerns about the controversy and lack of clarity surrounding it. Indeed, Proposition 64 maybe gives us a glimpse of marijuana’s future: a battle between big business and independent growers, featuring disputes over single-molecule and whole-plant medicating. The Society of Cannabis Clinicians was praised by Lee for having looked at the therapeutic usage potential of both types.

Also present at The Future of CBD and Medical Cannabis were representatives from Sonoma’s Care By Design. They have developed and produced sublingual sprays with various concentrations of CBD and THC. Allan Hunt Badiner, who authored Zig Zag Zen: Buddhism and Psychedelics also spoke at the gathering.