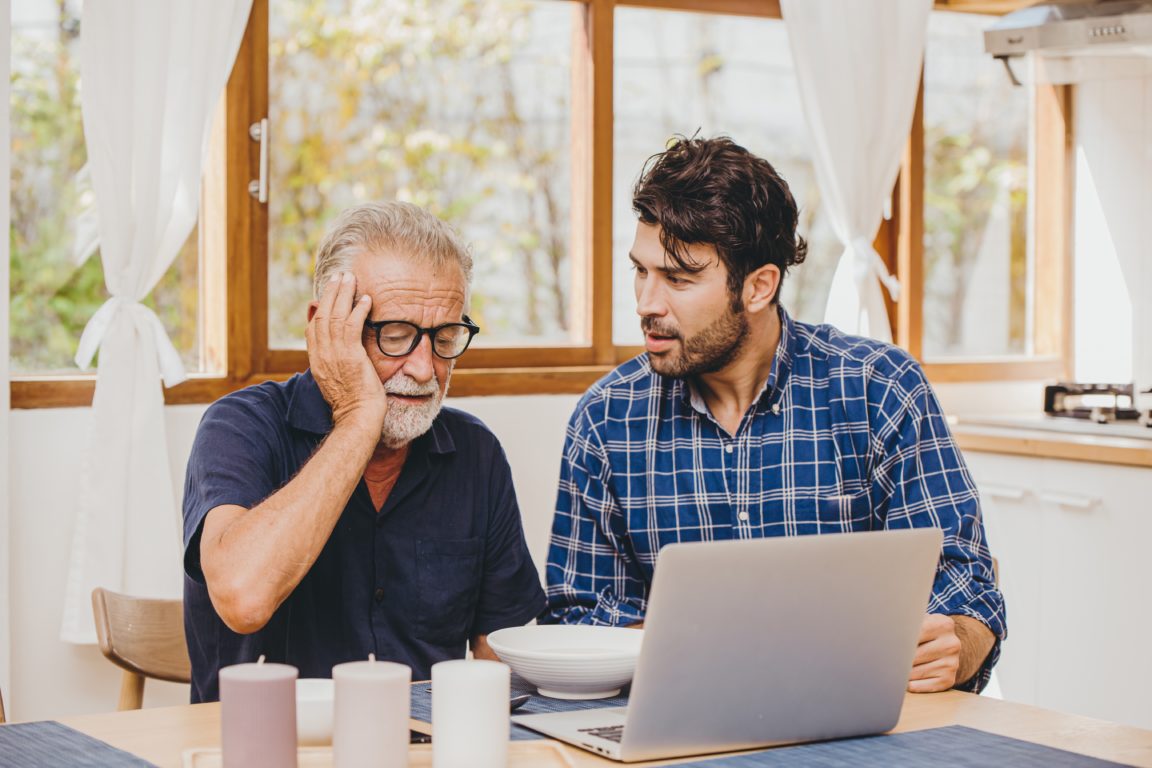 “Dementia” is an umbrella term that encompasses different conditions that cause damage to nerve cells and your brain, leading to difficulties in speech and memory loss. Connections between nerve cells are disrupted and the area of the brain where nerves are most damaged determines the form of dementia that’s present, as well as symptoms that a given person may suffer from.

Dementia is not one single disease. Instead, it is a condition of varying symptoms that have different causes – one of which can be Alzheimer’s. This is why it’s essential that a medical professional determines the underlying cause of dementia. On top of Alzheimer’s, dementia may be caused by vascular disorders, Parkinson’s Disease, thyroid illnesses, vitamin deficiencies, and more. What this all means is that if someone is experiencing dementia, this doesn’t necessarily mean that they have Alzheimer’s disease.

Common symptoms of dementia include:

Alzheimer’s Disease is one of the causes of dementia, and luckily, one that is most understood. Experts believe it’s caused by atypical deposits of protein in the brain which function abnormally. These protein deposits can build up outside brain cells or tangle within them, causing damage and eventually destroying the cells. As brain cells die, the brain’s ability to function continues to deteriorate.

When Alzheimer’s occurs, the hippocampus is the area of the brain that’s usually affected first. The hippocampus helps retain memories, so typically the first sign that someone has Alzheimer’s is that they’re unable to create new memories. Other symptoms of Alzheimer’s Disease include:

Whether someone is experiencing Alzheimer’s or another cause of dementia, the important thing to note is that most causes of dementia cannot be treated or cured. Dementia can be very complex, and often it progresses to the point where the person living with dementia cannot take care of themselves on their own. It’s essential to be aware of the signs of dementia and Alzheimer’s, understand the difference, and watch out for these signs in your elderly loved ones.