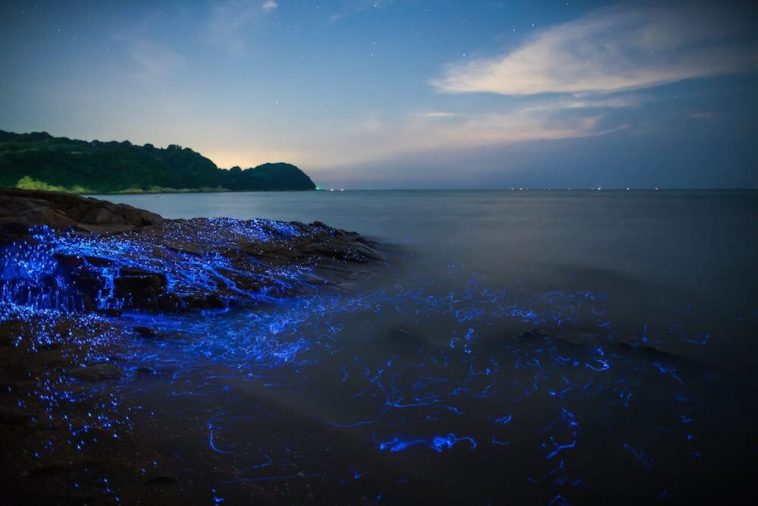 Photographed off the coast of Okayama, Japan, The Weeping Stones is a photo set by the creative duo Trevor Williams and Jonathan Galione of Tdub Photo that seizes the eerie blue light transmitted by a native species of bioluminescent shrimp. More generally referred to as sea fireflies.

In order to group such a large number of sea fireflies or Vargula Hilgendorfii, together Williams and Galione had to get the creatures by luring them with raw bacon into jars and placing their tiny bodies on the rocks. Snapping and placing the bioluminescent shrimp next to the shore guaranteed that the photographers did not harm them, and allowed them to quickly return the animals back to the water below. 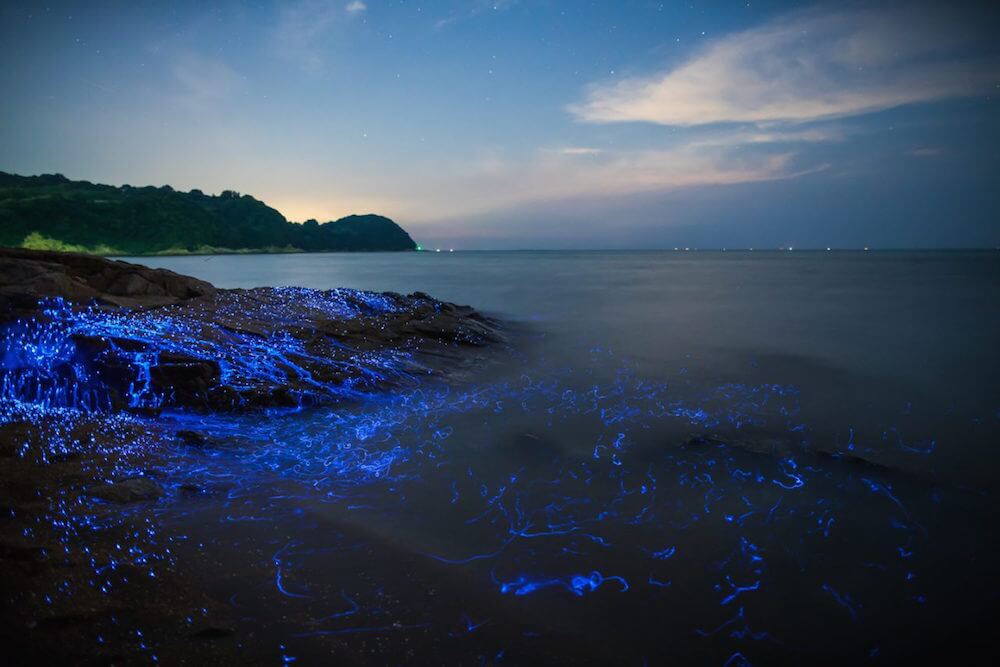 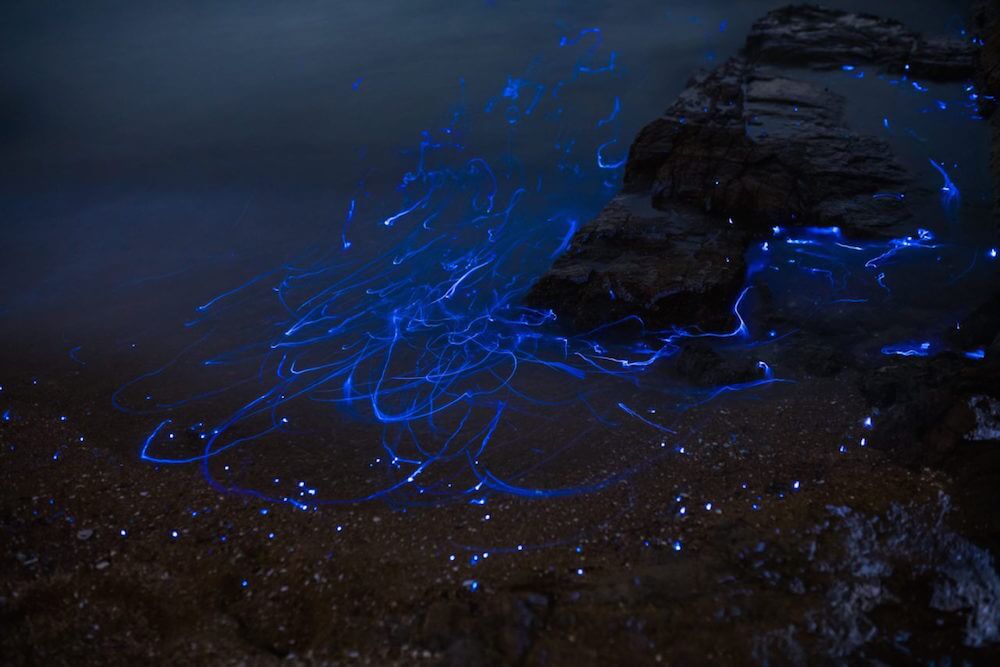 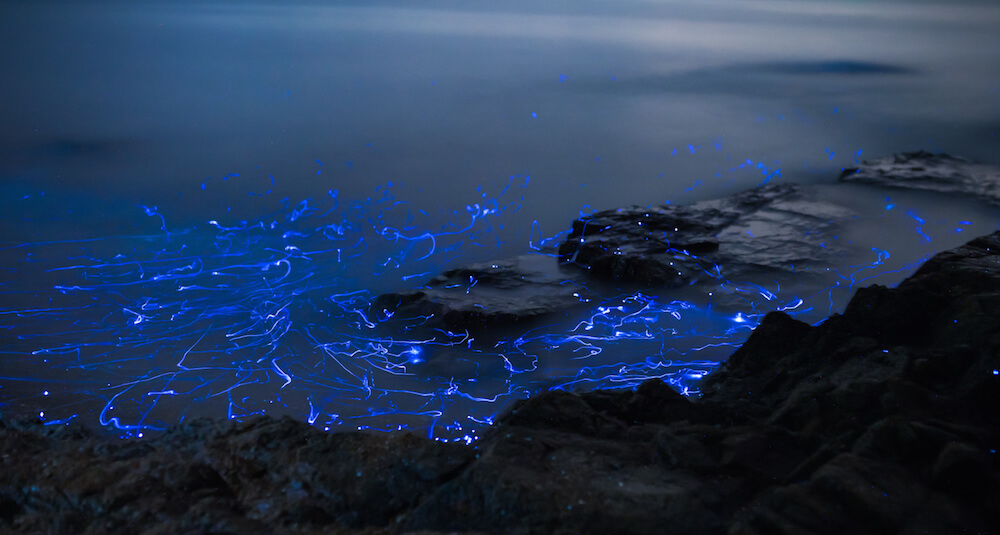 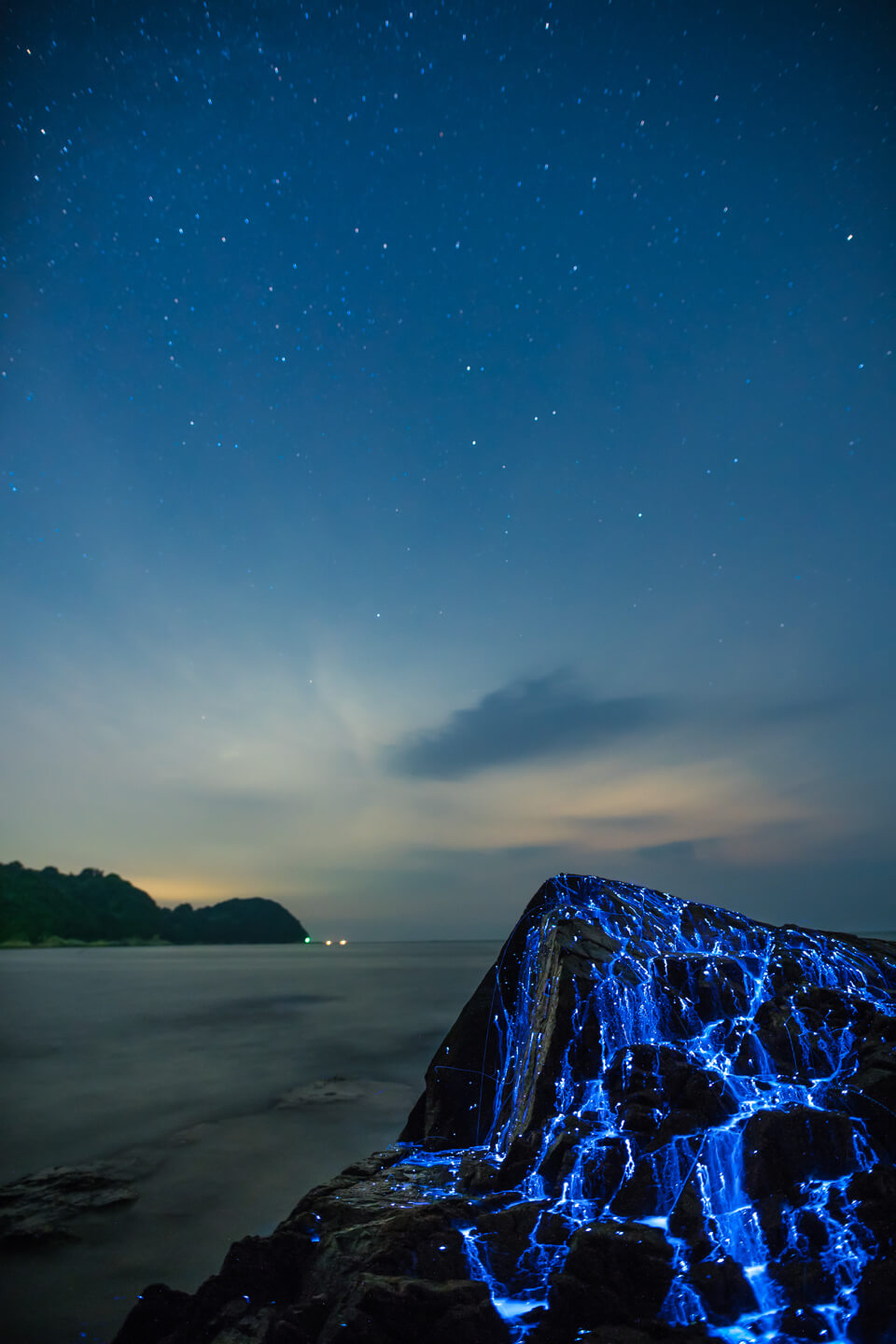 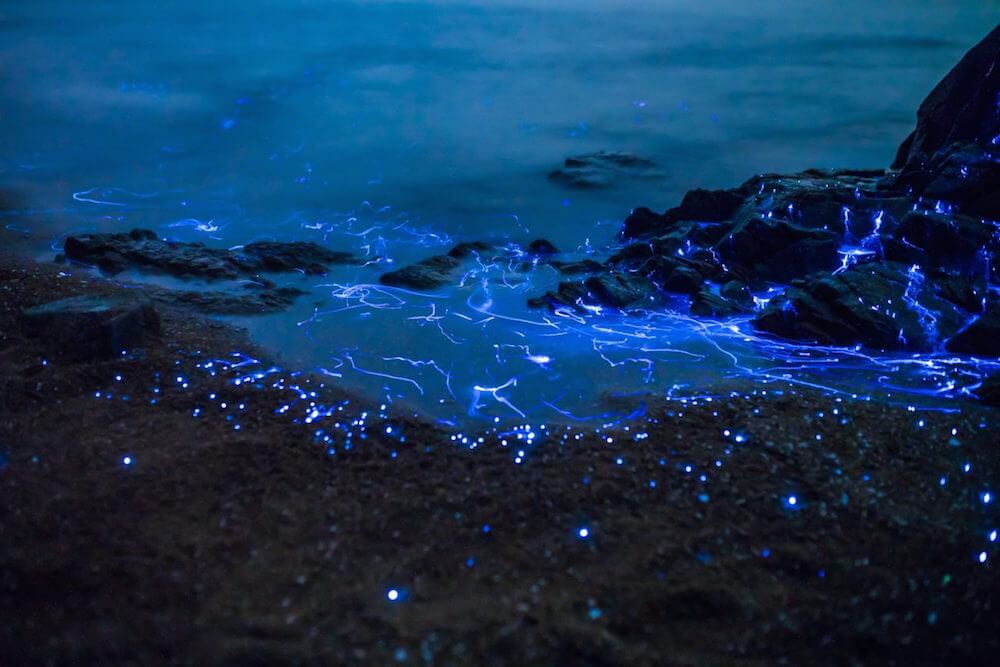 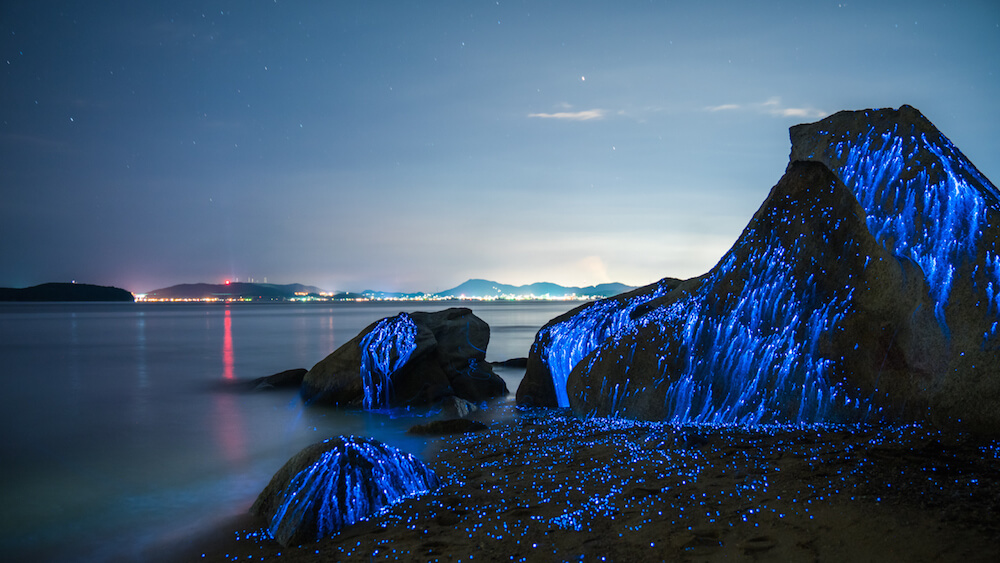 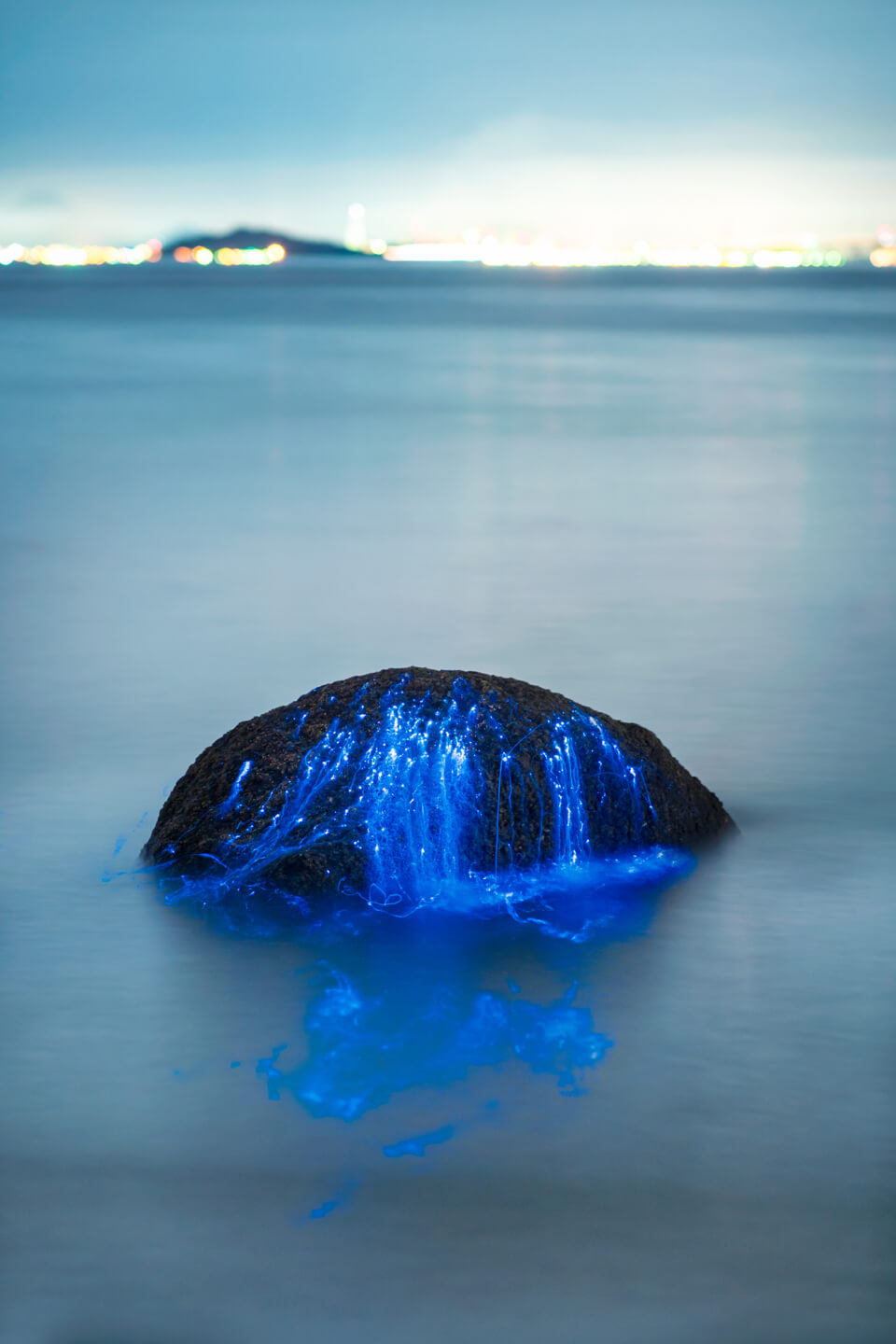