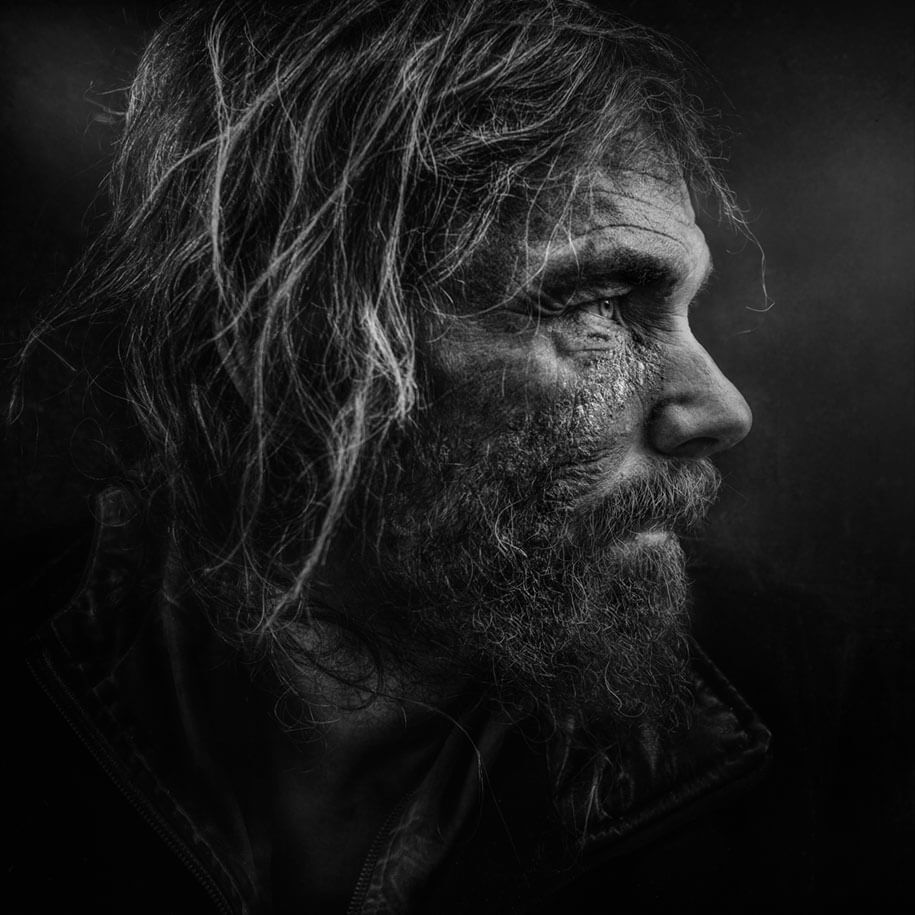 Homelessness appears to be a never-ending problem. For Lee Jeffries, that means his photo project will never end. He shoots homeless people to tell the humanity that they possess. But, Jeffries’ intentions were not so benign when he first began taking pictures. However, it all changed at one point.

“Love ‘happened’ to me,” Jeffries wrote on Bored Panda. “Back then, that love was the motivation for everything I did. Running through the Vatican to buy a Rosary for her dying mother. Feeling her sense of faith and compassion for the less fortunate. Without knowing it, I took pieces from her. They remain with me to this day. So, now, when you see a Lee Jeffries image it’s not a document of the life of a homeless person. It’s much more than that. It’s a metaphysical testimony of humanity, faith and spirituality. It’s born from love and a connection to another human being. Her… and the homeless people I meet.”