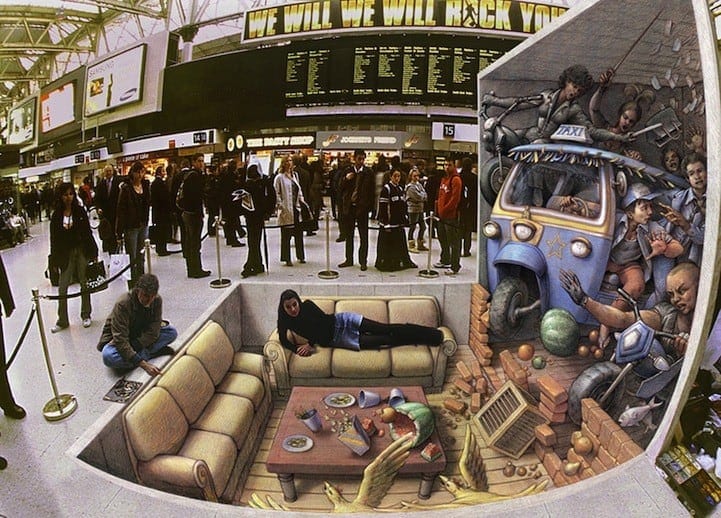 There are probably three things you cannot avoid in life – death, taxes and seeing another collection of 3D pavement art on the Internet. While Julian Beever’s 3D Pavement Drawings are the most popular, we believe that artists like Kurt Wenner are less known, so we will take a risk and share his works with you. Kurt Wenner born in Ann Arbor, Michigan is an artist best known for his realistic street painting and chalk murals using a projection called anamorphosis. Kurt Wenner produced his first commissioned mural at the age of sixteen, and by seventeen was earning his living as a graphic artist. He attended both Rhode Island School of Design and Art Center College of Design. He was employed by NASA as an illustrator to create conceptual paintings of future space projects and extraterrestrial landscapes. Wenner eventually left NASA for Italy in order to pursue his love of classical art. 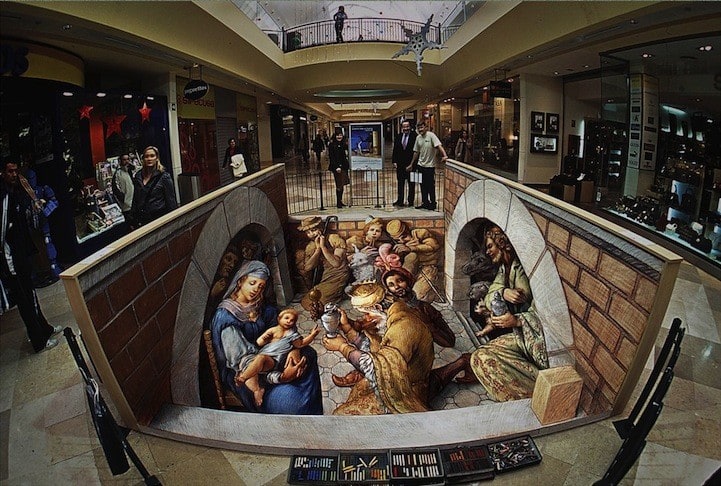 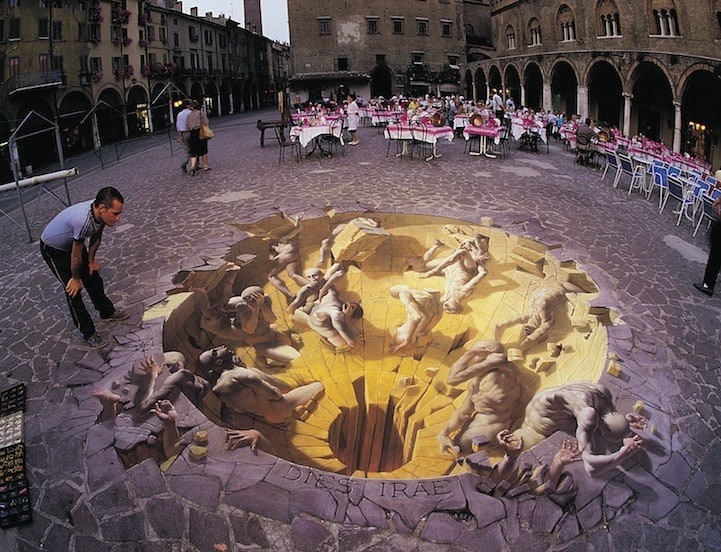 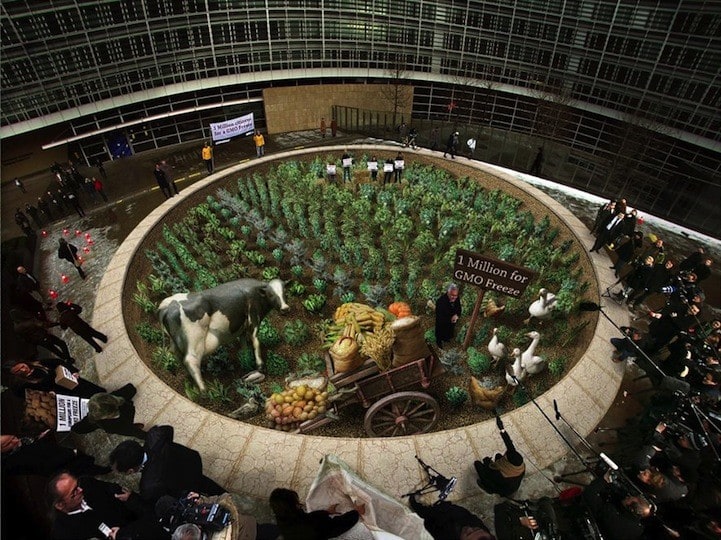 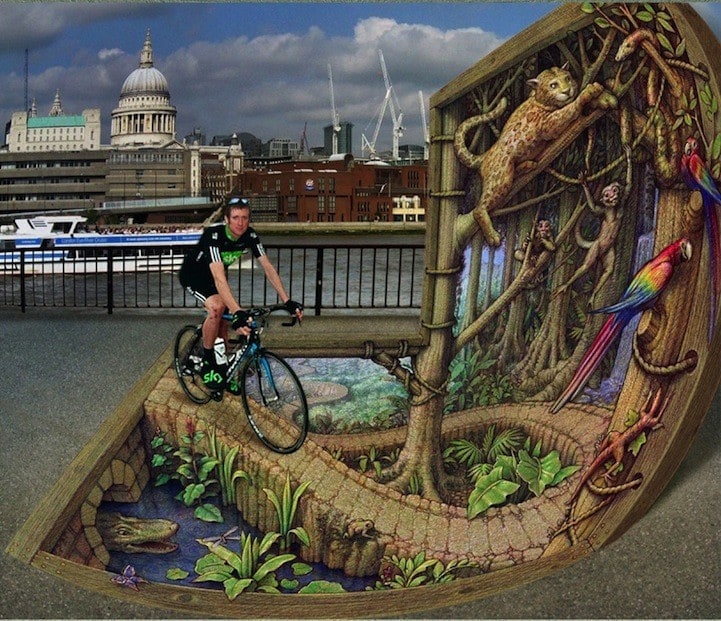 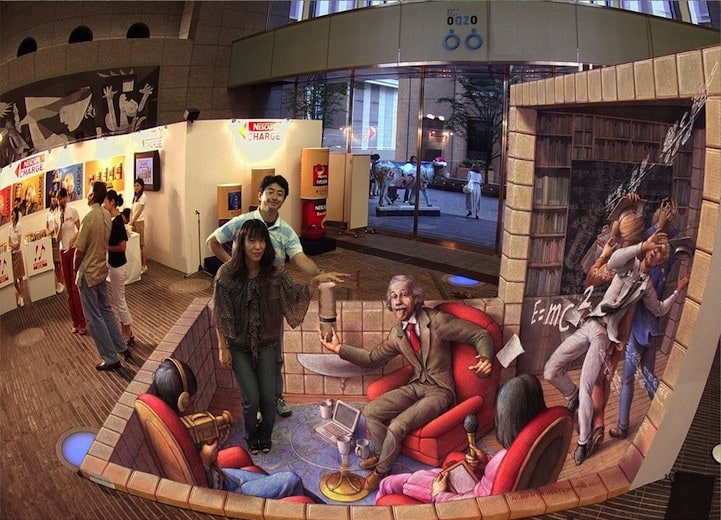 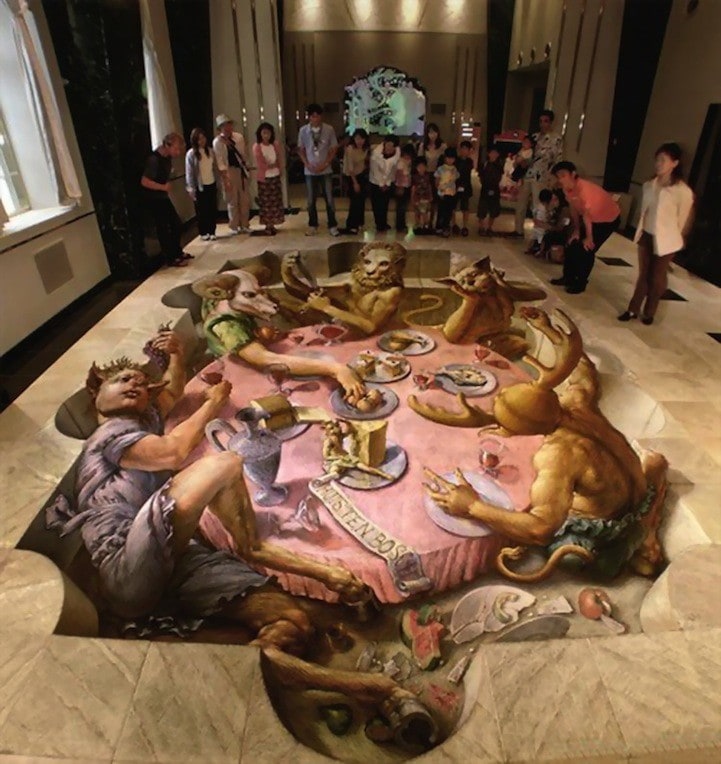 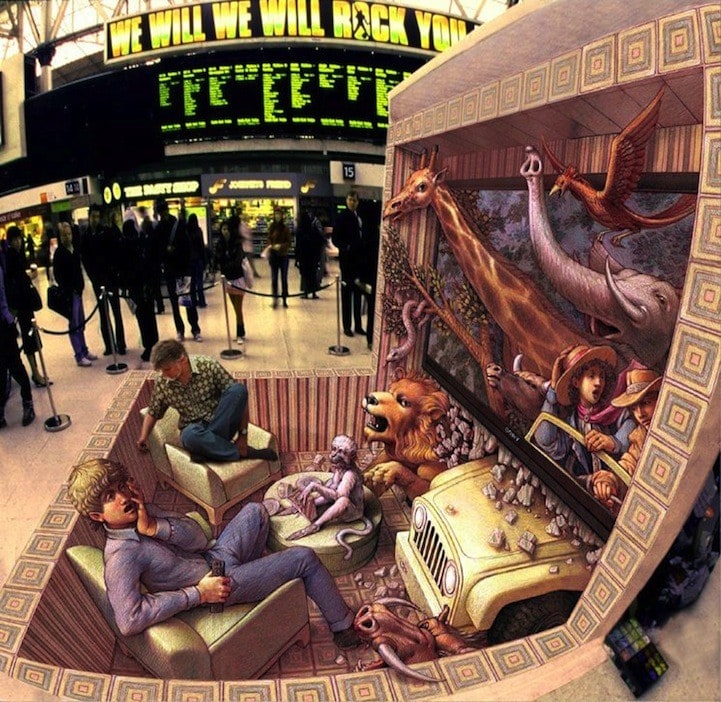 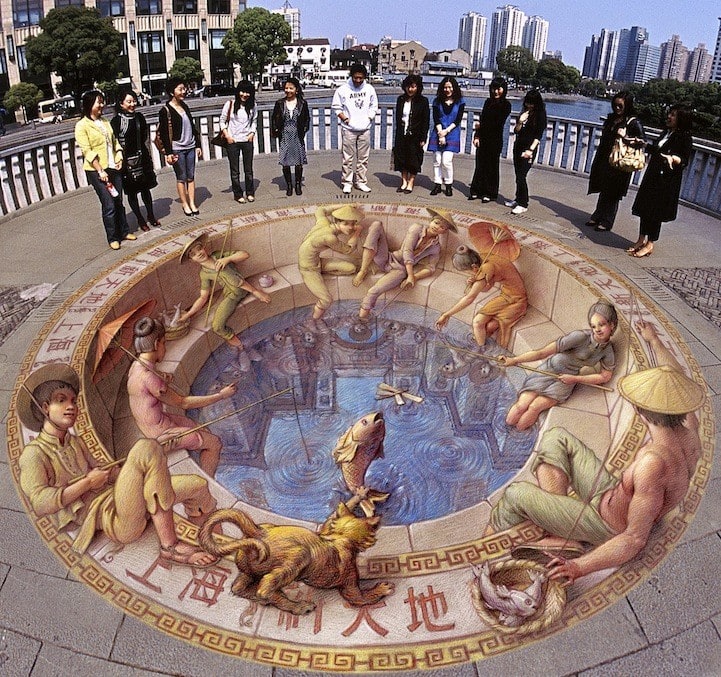 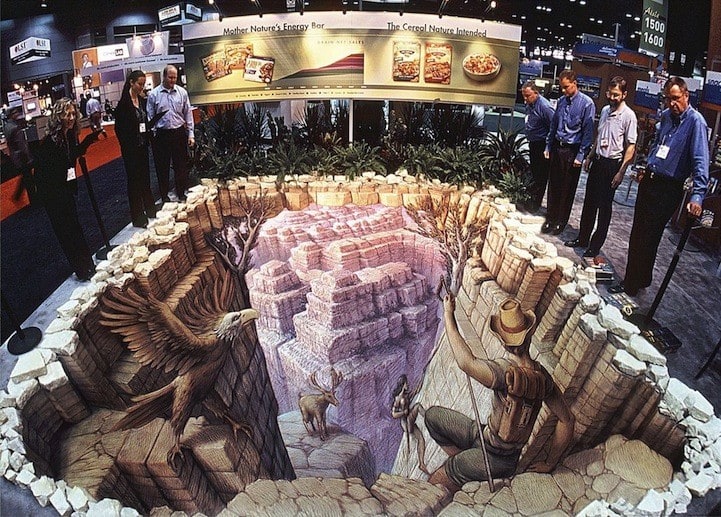 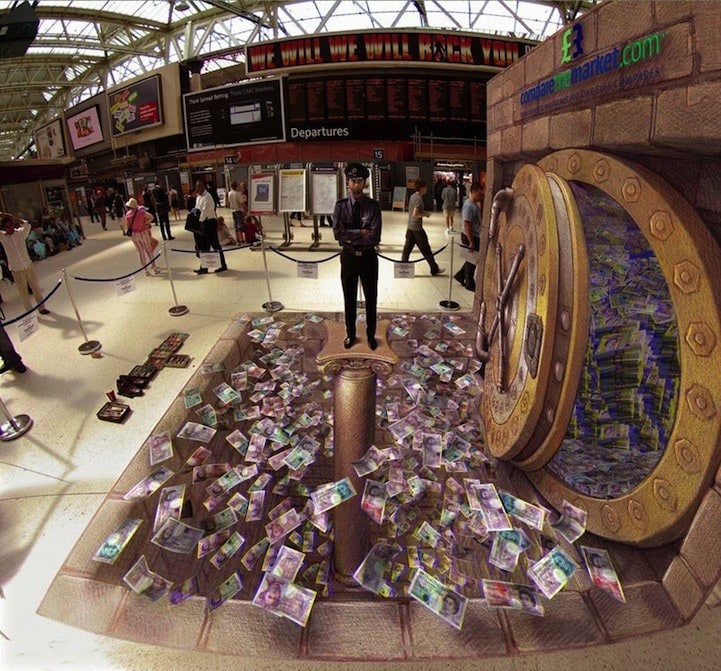