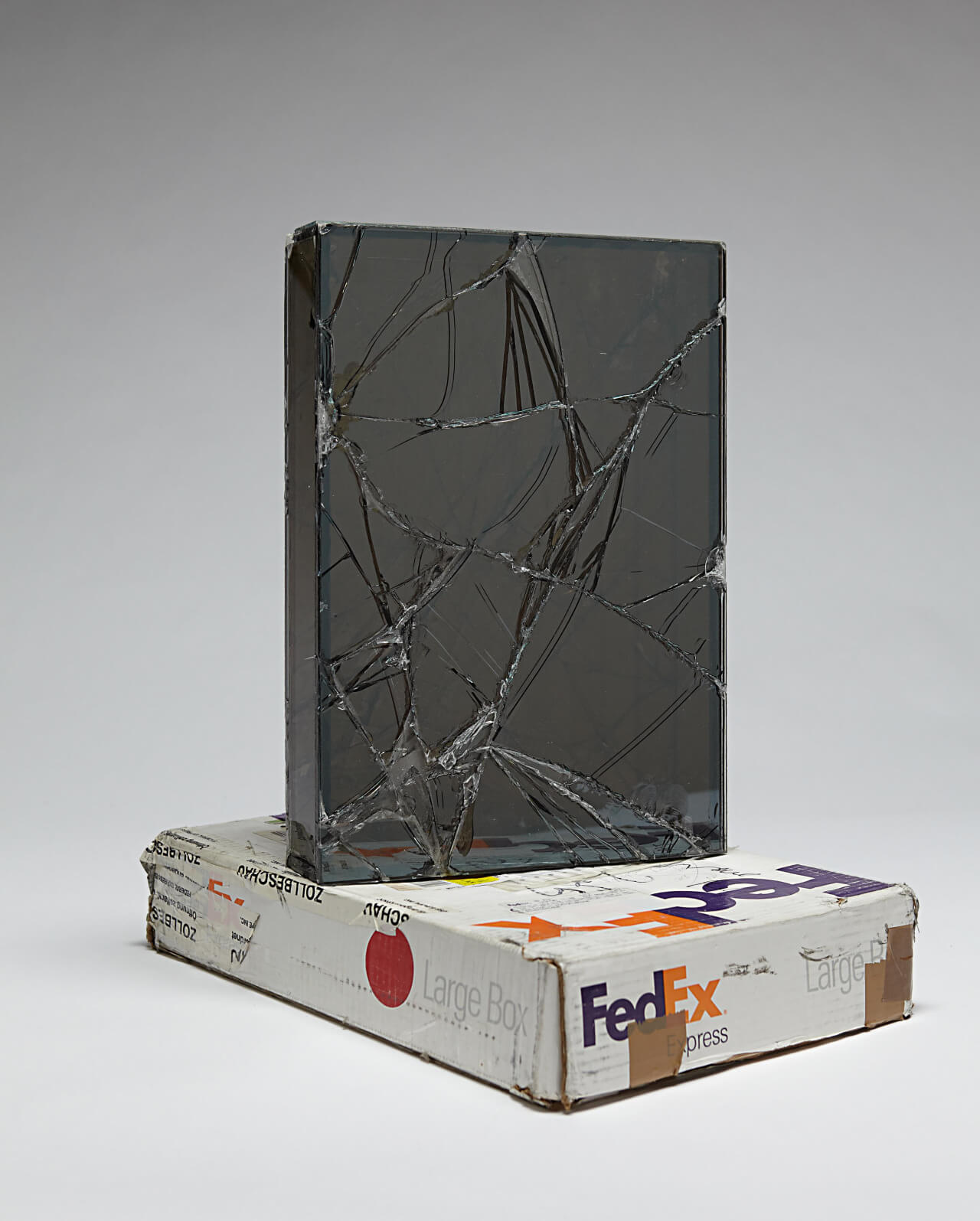 In this charming sculptural series lasting from 2005 to 2014, LA-based artist Walead Beshty packed his artworks in FedEx boxes and sent them across the country to galleries. But opposite to most artists who use every bit of care to protect their artwork from the impending harsh treatment of mail carriers, Beshty intended his pieces to break. For his famous FedEx works, he created laminate glass objects that match seamlessly inside the dimensions of regular size shipping boxes. Throughout the “normal” handling the things would necessarily crack and shatter and it was up to curators to delicately remove each piece for display. The delicate volumes were then given titles that clearly specify the date, tracking number, and box size of shipment.

Not only was Beshty excited by getting a “fingerprint” of varieties that documented the journey of each packet to its destination, but he also found it interested that a corporation has the capability to copyright the exact dimensions of a box, actually owning an empty shape. He states in a 2011 interview with Mikkel Carl:

The FedEx works […] originally fascinated me because they’re defined by a corporate entity in legal terms. There’s a copyright selecting the design of each FedEx box, but there’s also the corporate ownership over that very shape. It’s a proprietary volume of space, distinct from the design of the box, which is identified through what’s called an SSCC #, a Serial Shipping Container Code. I thought this volume as my starting point; the
perversity of a corporation owning a shape—not just the design of the object—and
also the fact that the volume is actually separate from the box. They’re owned
independently from one another.

Moreover, I was interested in how art objects acquire meaning through their context and through travel, what Buren called, something like, “the unbearable compromise of the portable work of art”. So, I wanted to make a work that was specifically organized around its traffic, becoming materially manifest through its movement from one place to another.

Scroll down for  a short video of Beshty describing the project during the 2008 Whitney Biennial. 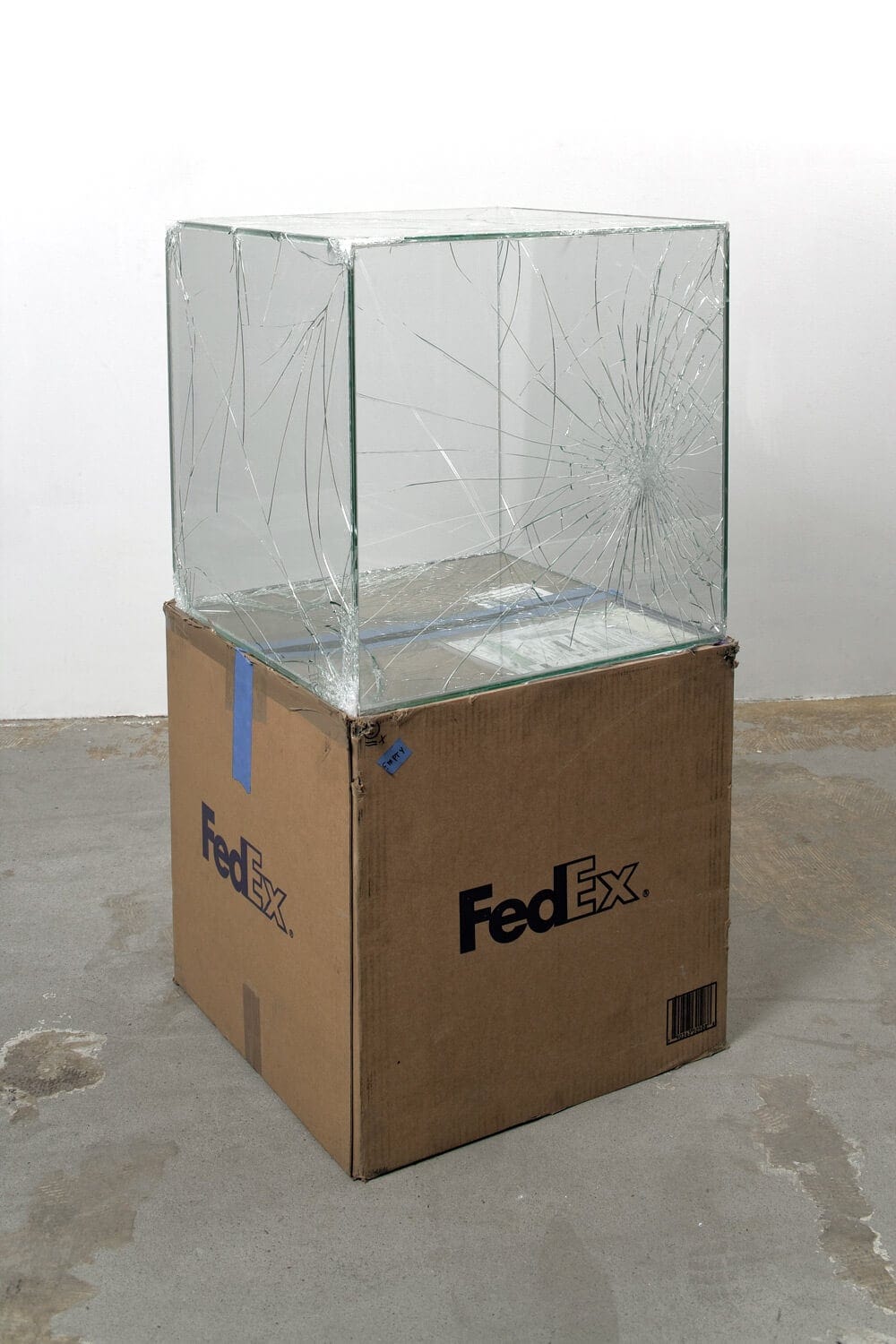 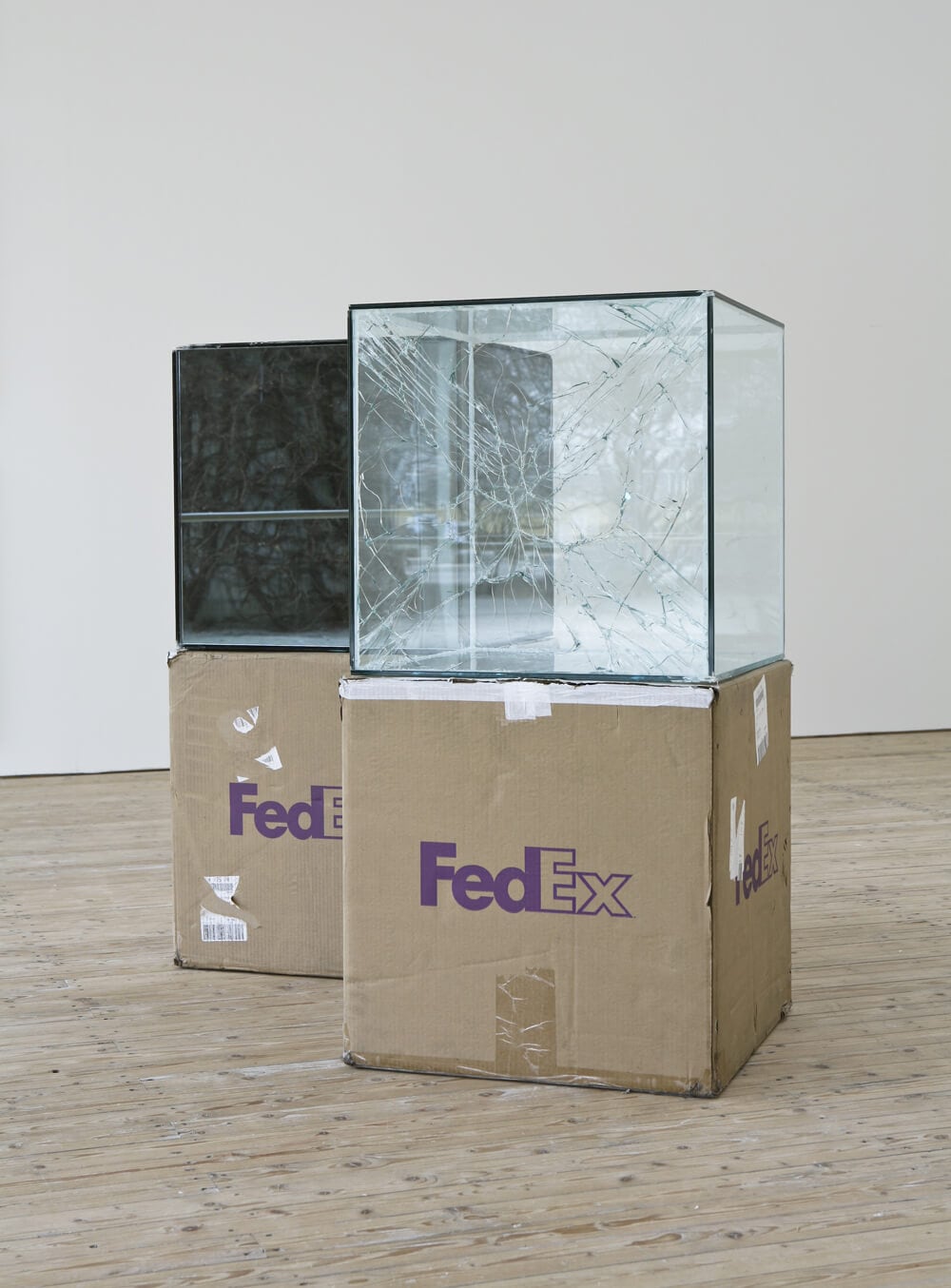 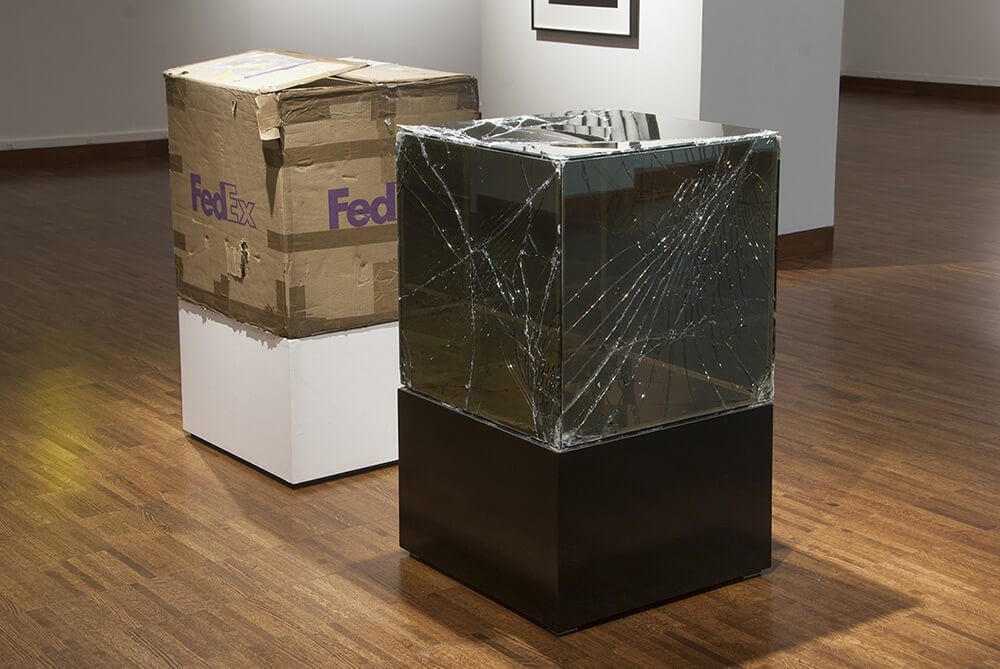 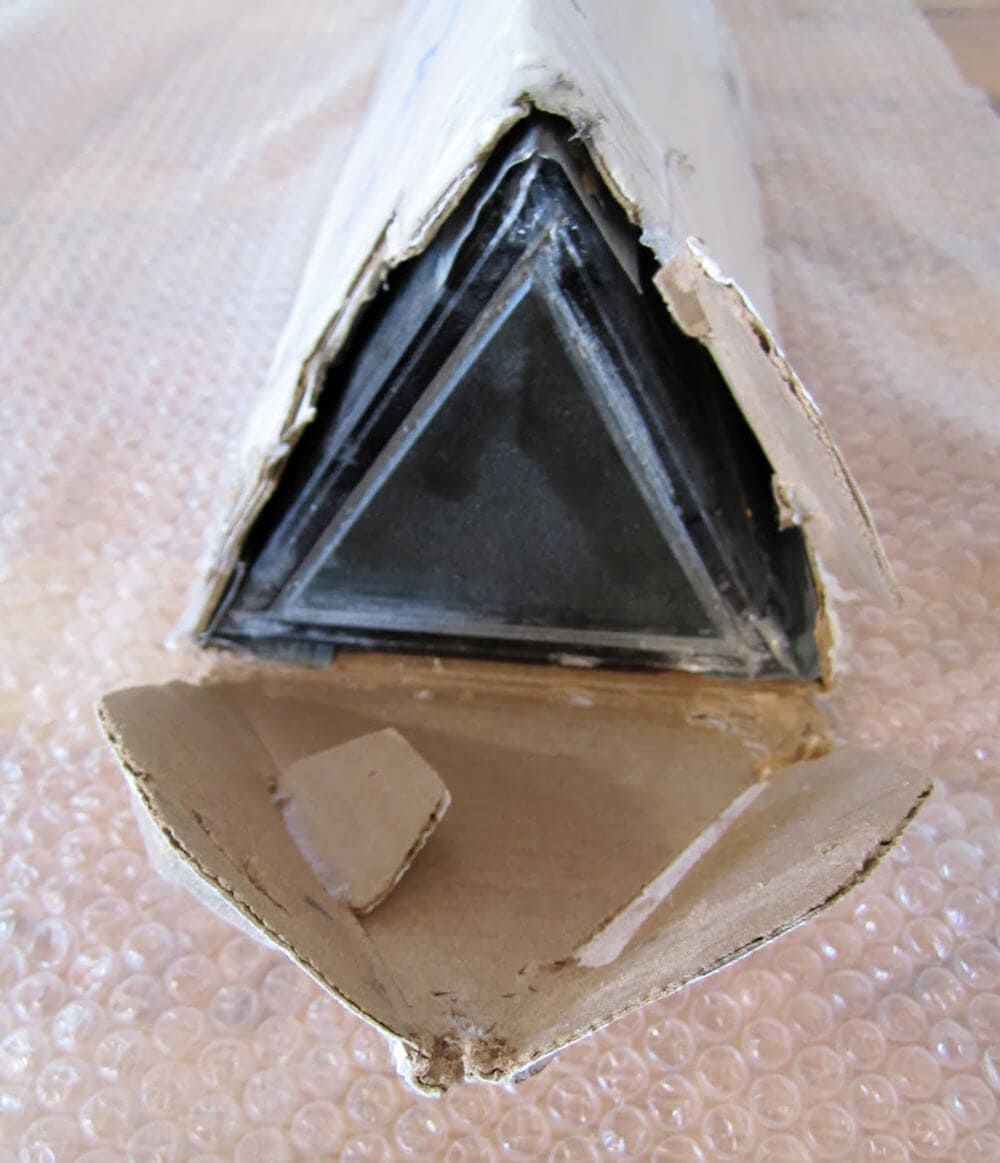 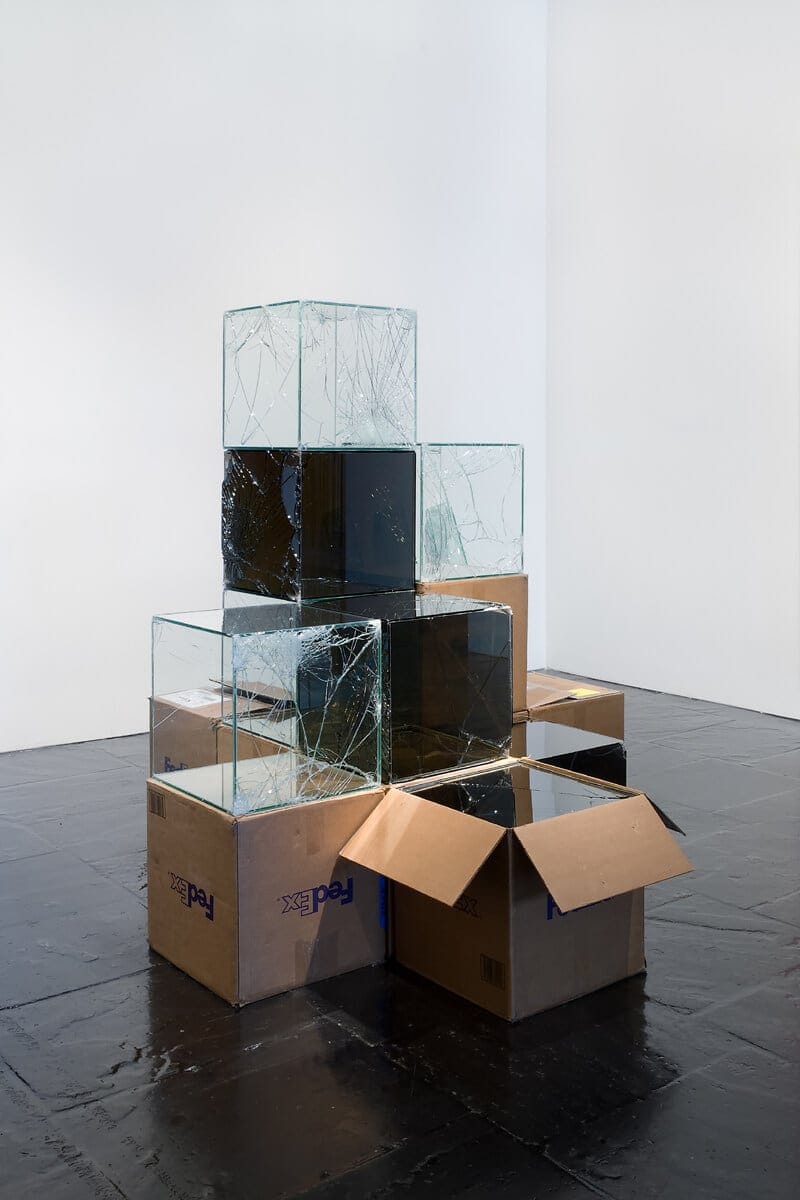 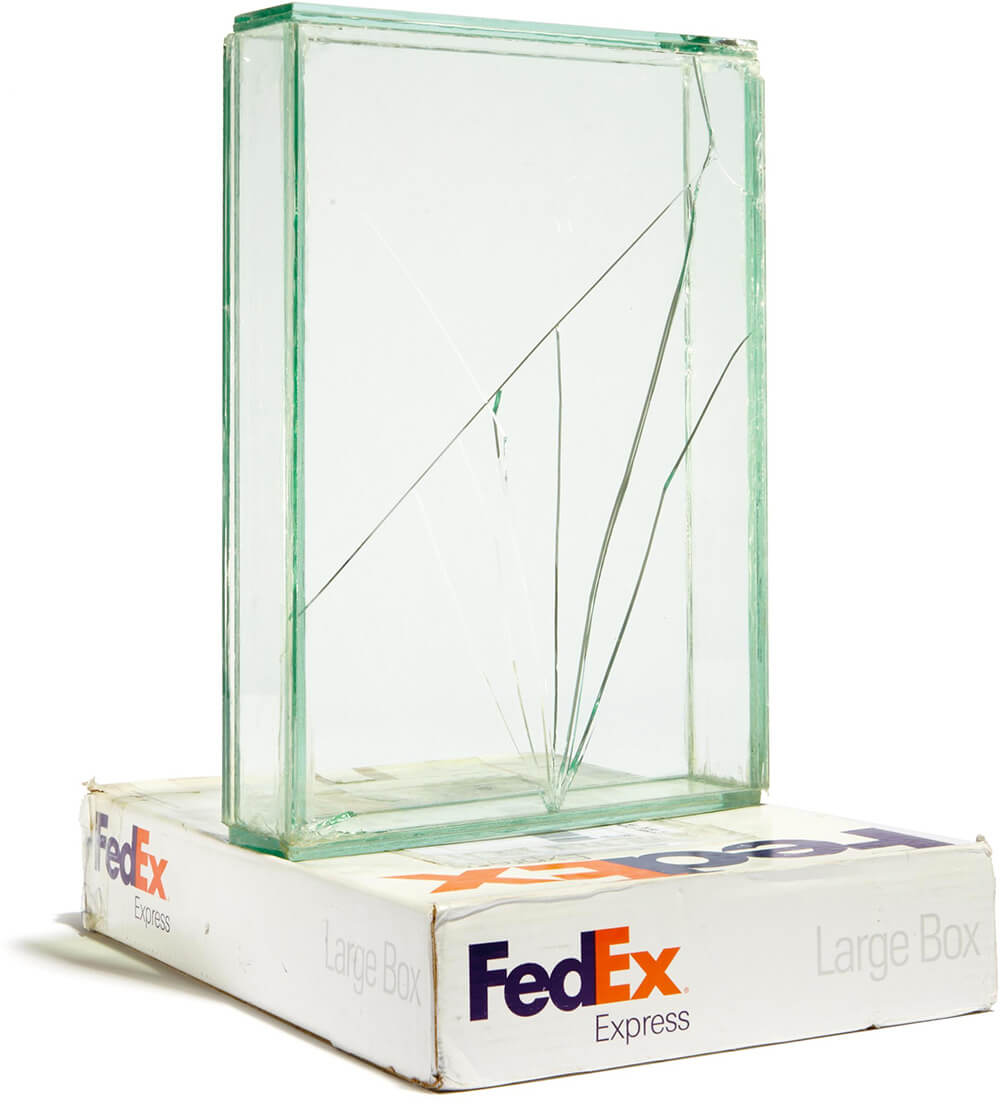