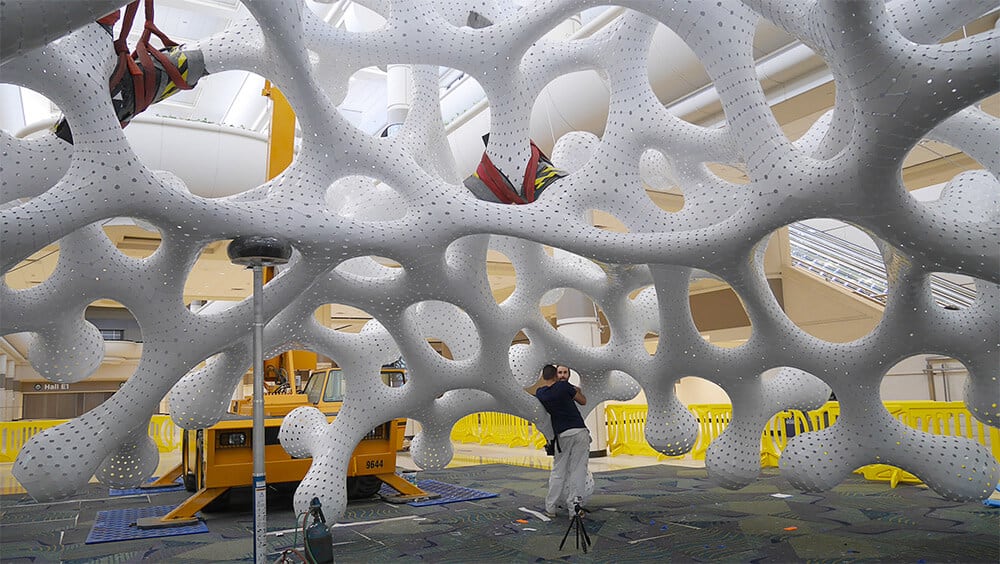 An interconnected nerve pathway of tubular branches hangs above the Orange County Convention Center (OCCC) in Orlando, Florida, an installation created from perforated aluminum by architect Marc Fornes and his studio The Quite Many. Under Magnitude, which appears just like a big segment of bleached coral, is composed of over 4,600 strips of metal, each only a thick. The stuff increases in strength, allowing it to be walked around without damage, when formed into tubes nevertheless.

This setup is suspended from the OCCC’s atrium to create a sort of ceiling that was secondary, its white surface highlighted by the windows that encompass it. Passersby can view the job from both underneath and above, enabling the structure that is hollow to be viewed from multiple vantage points.

“Borrowing and mismatching elements in the entire world, pushing them out of scale and hybridising them to the realm of the weird, the construction attains a quality that was recognizable yet mysterious, at once friendly and unfamiliar,” said The Quite Many in Dezeen.

Under Magnitude is founded on a previous nonlinear construction titled nonLin /Lin Pavilion installed at France by Fornes the FRAC Centre in Orleans and his studio in 2011. You’ll be able to see more projects by the artwork architectural studio on their website, and view a behind-the-scenes video of Under Magnitude below. 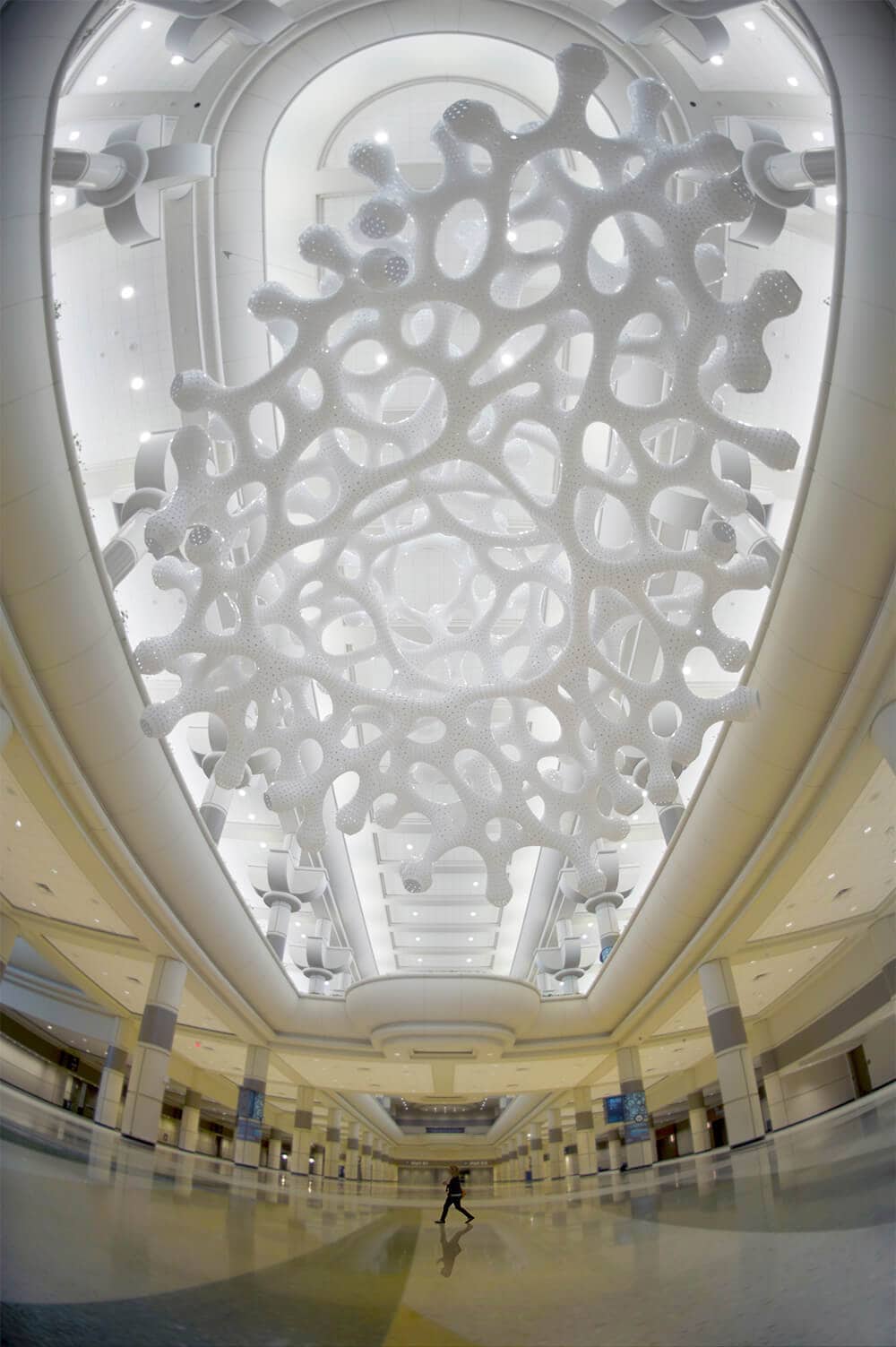 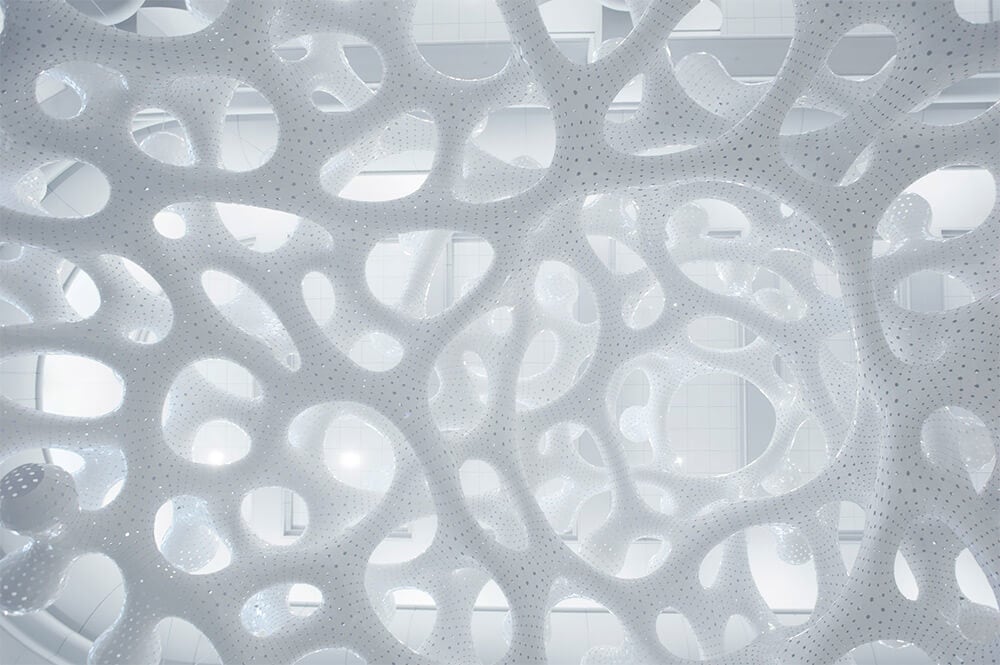 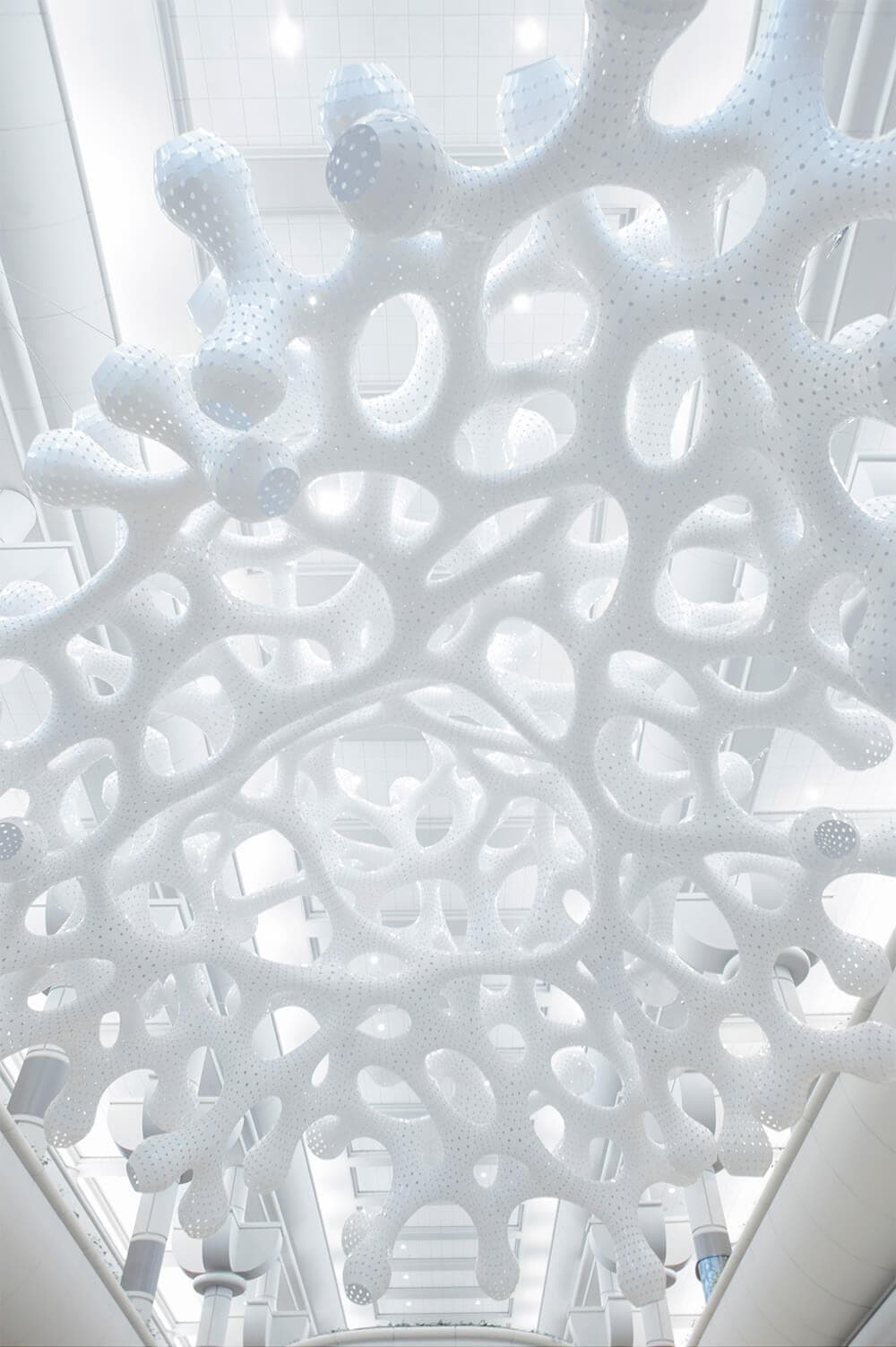 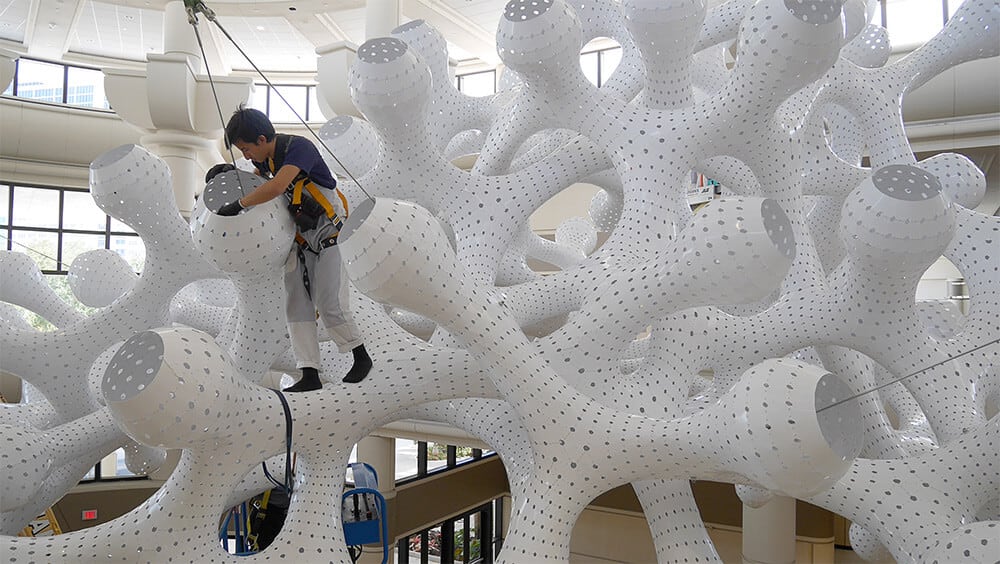 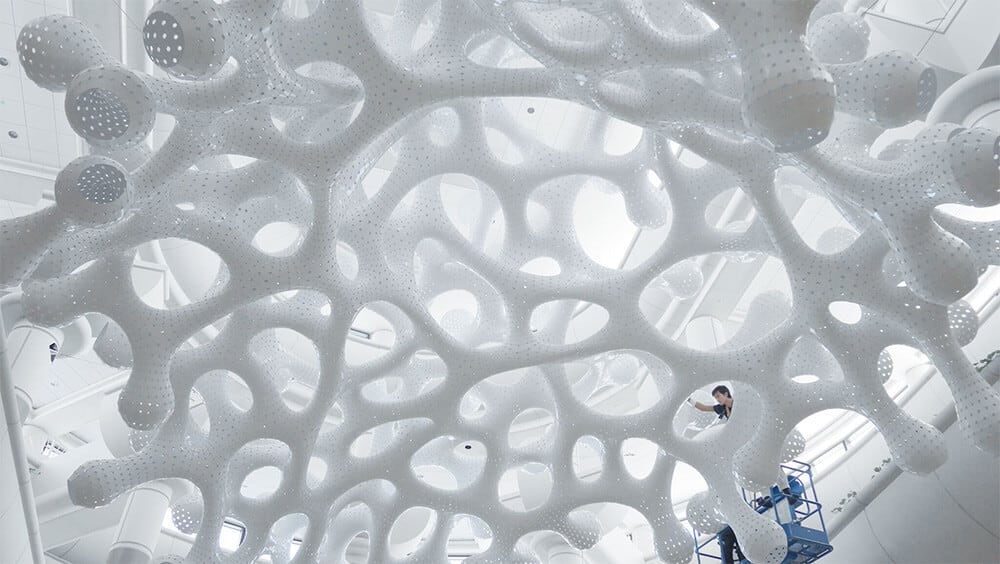