Sitting atop Čukur hill in Banovina, Croatia is a sculpture of a giant camera lens. It’s clean; circular form is nearly perfect, but it has one subtle flaw—there is a single bullet hole that cracks the crystal-clear glass. This crack is intentional, and its significance honors a fallen Croatian photographer named Gordan Lederer, who lost his life in 1991. As he was standing on Čukur Hill reporting the Croatian War of Independence, he was tragically shot and gunned down by a sniper.

33 concrete steps lead to it, which reproduce frames of a film as well as every year of the photographer’s life up to the very point when it was suddenly ended right on the same hill, where the cameraman took his last shots.

Croatian architecture firm NFO designed the memorial to Gordan Lederer and all other photographers and camera operators who were killed during the Croatian War of Independence. 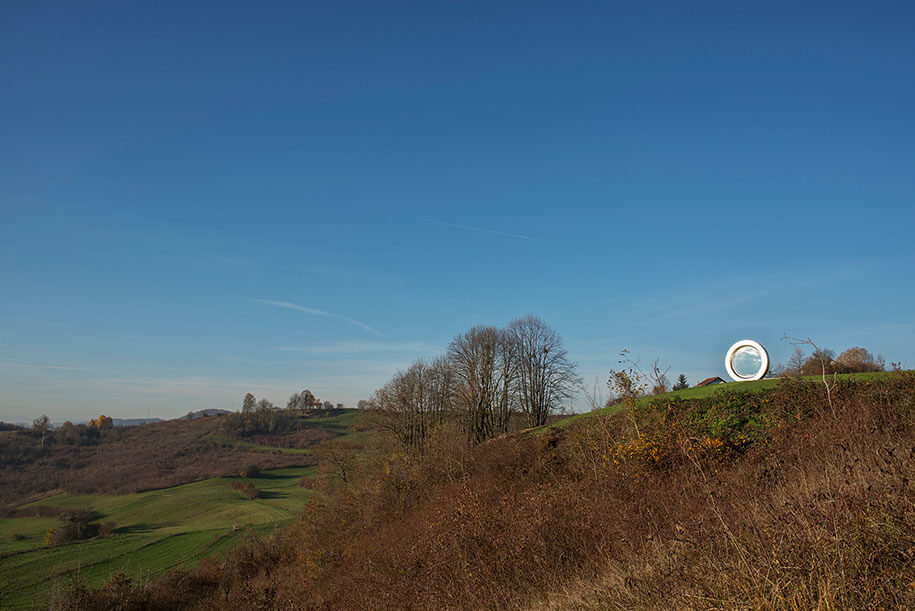 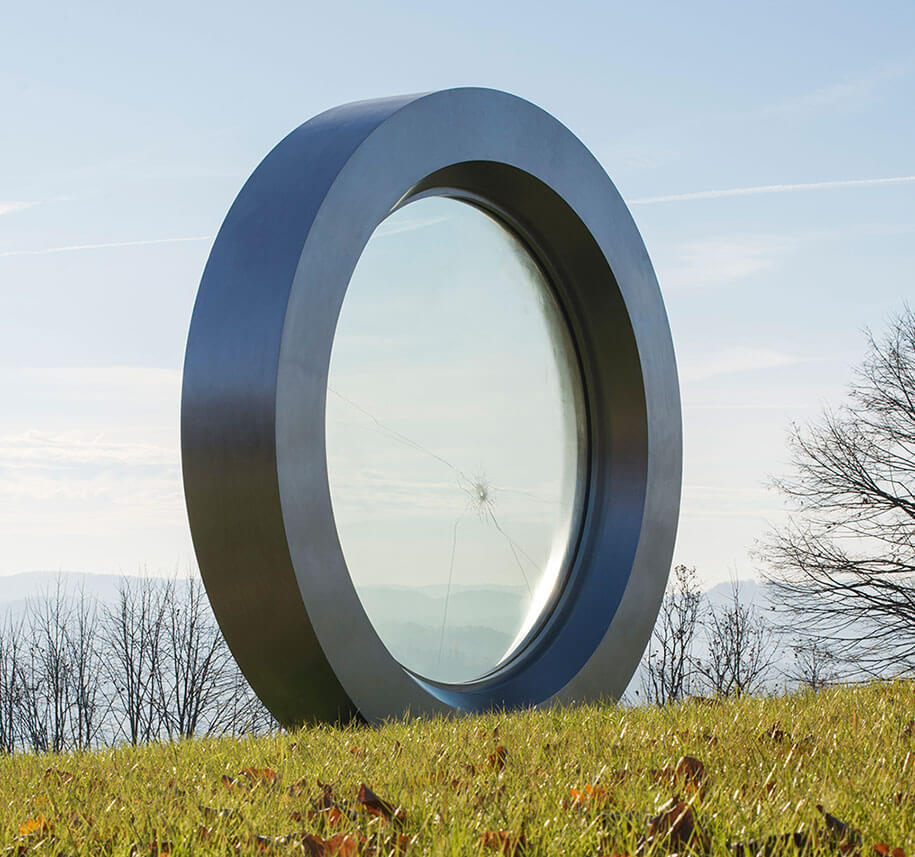 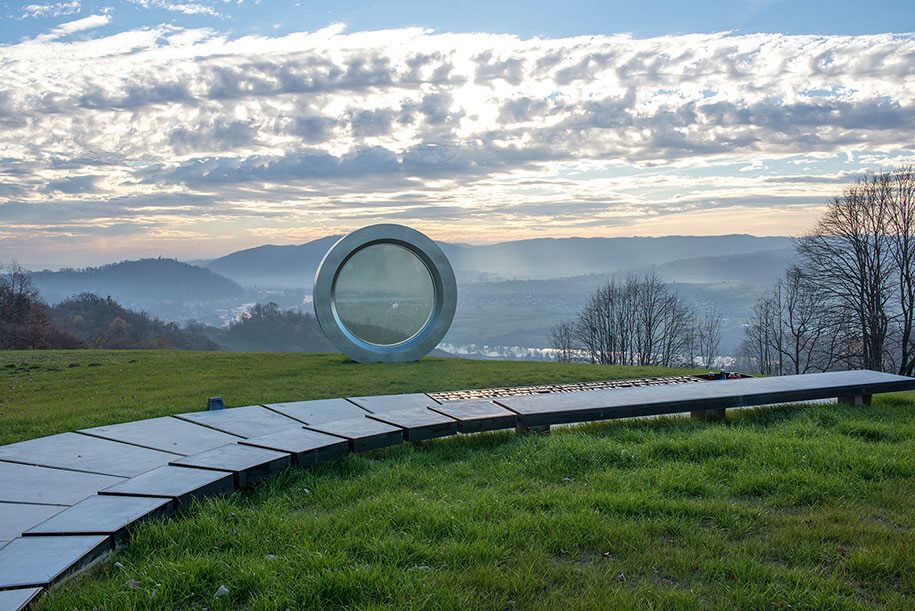 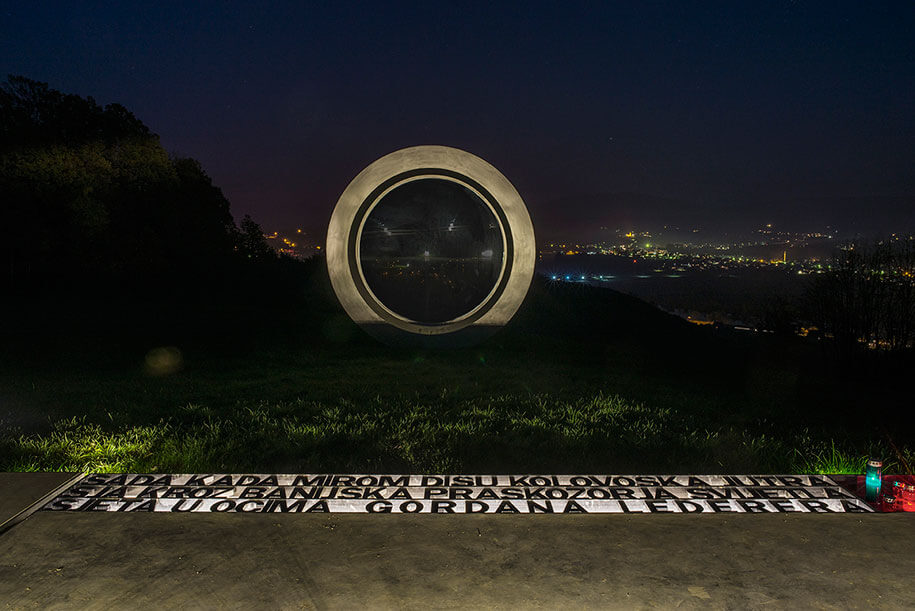 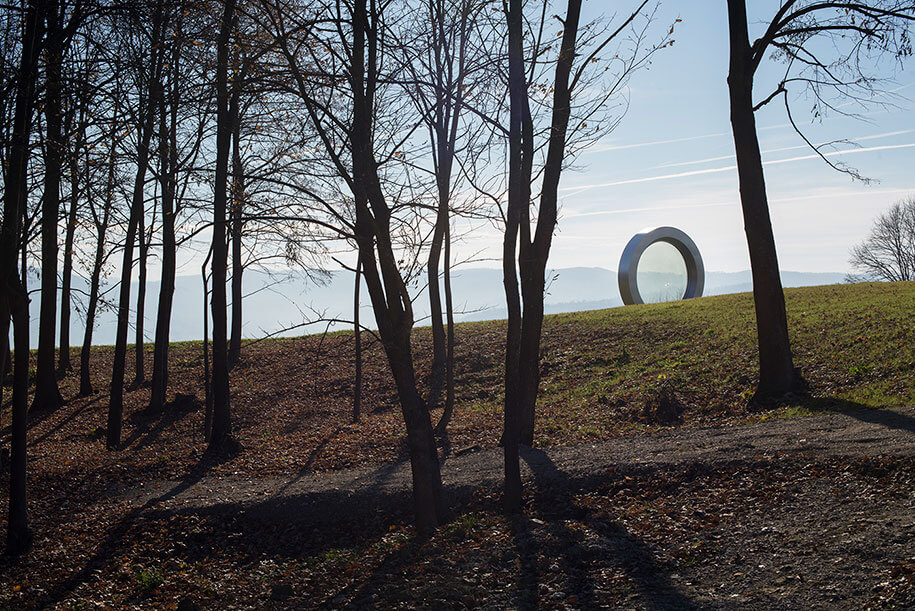