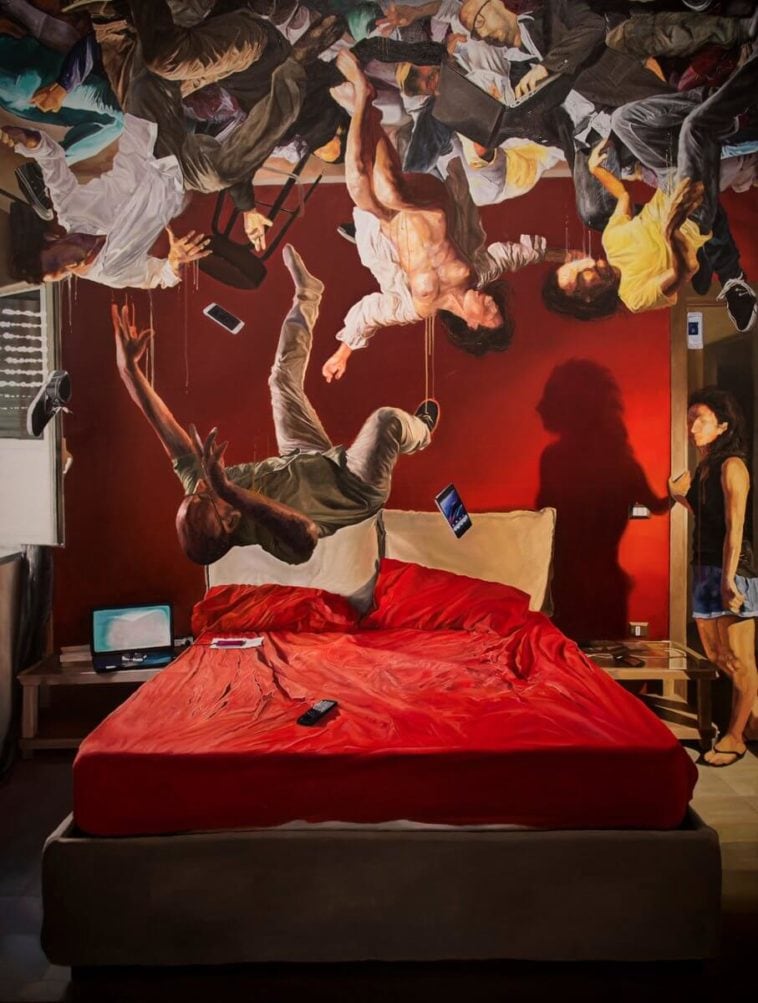 Italian painter Salvatore Alessi toys with reality and abstraction in his oil works on canvas. These scenes appear to mention and subvert the physics of the actual world and also an internal presence. Alessi cites names Such as Velasquez, Goya, Picasso, Bacon, and Freud as influences.

“My painting is really a mixture of varied pictorial worlds to one,” Alessi states. My main interest is to visualize a hybrid truth, media affected and discommunicated, a visual short circuit developing a parallel universe in which a couple of worlds might coexist exchanging energetically in a constant conversation. The reference to quantum physics and energy frequencies is a tool to look for an unseen and impalpable reality for important completeness.”

Alessi was employed as a scenographer, making theatrical sets for Politeama Theatre of Palermo and functioning in painting concurrently. His work was shown in museums and galleries around the world. 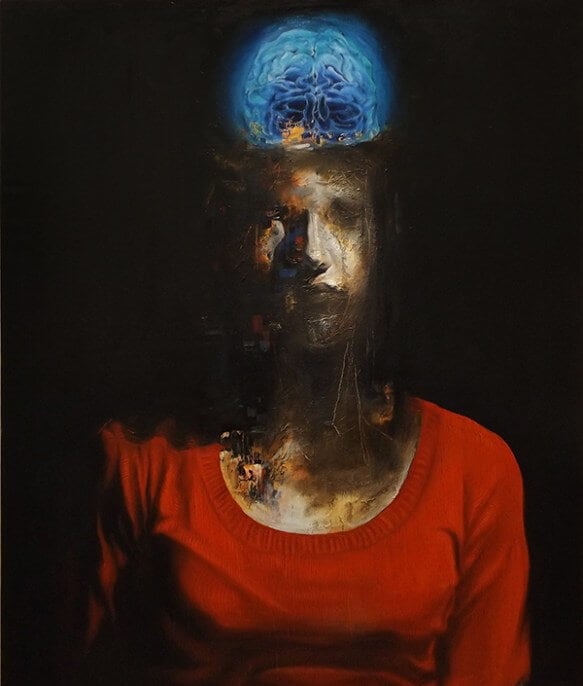 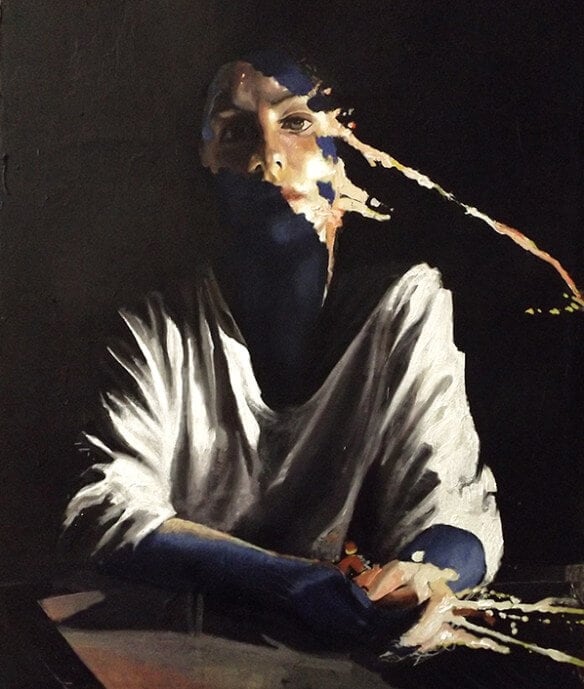 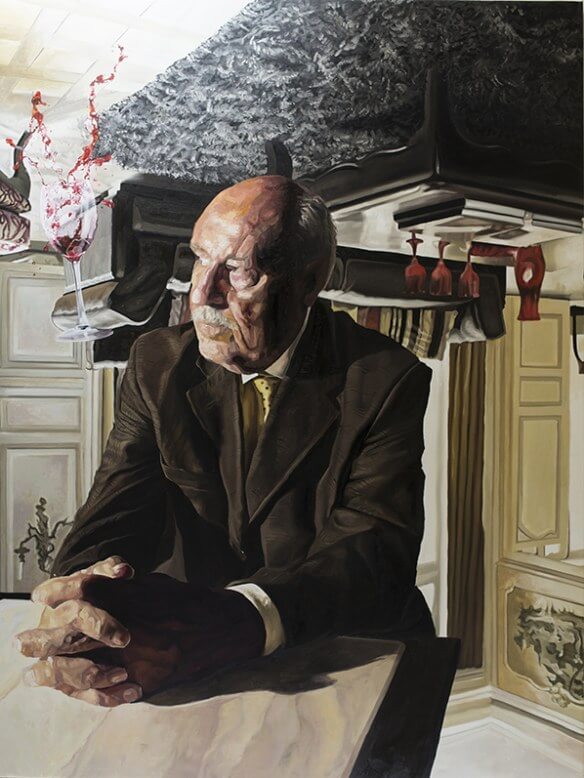 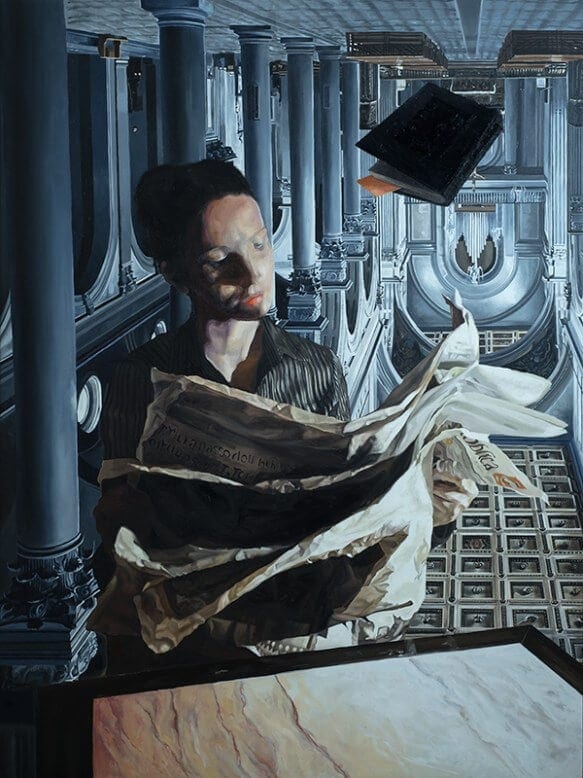 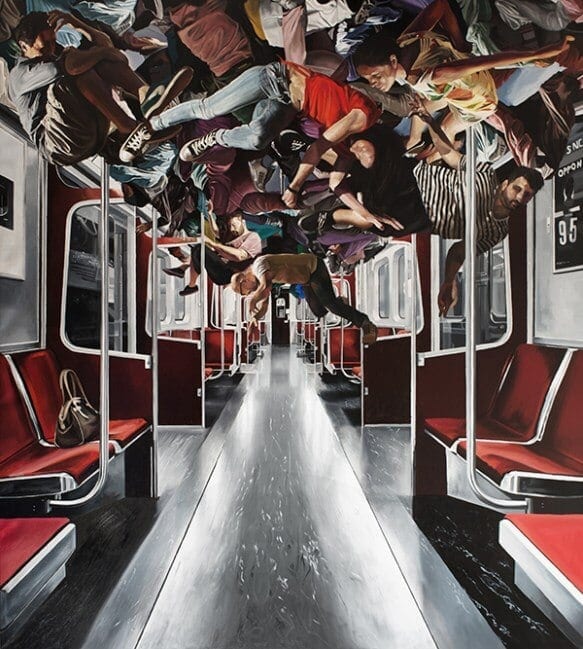 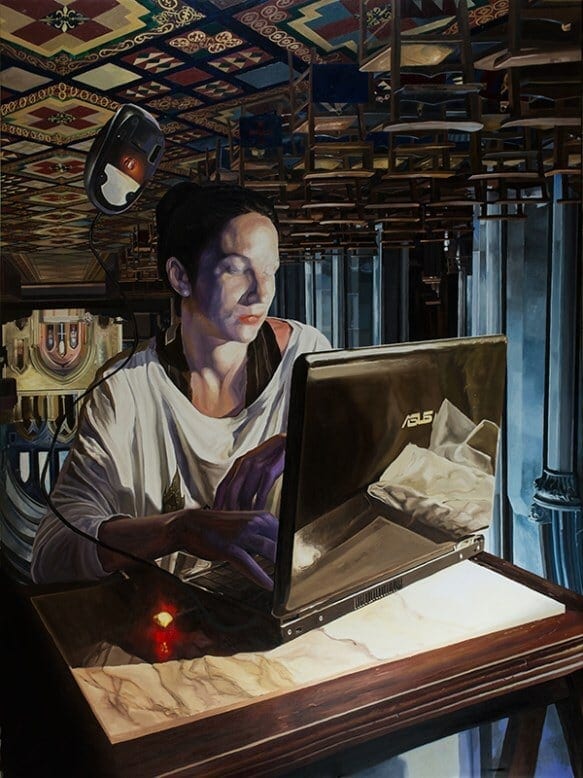 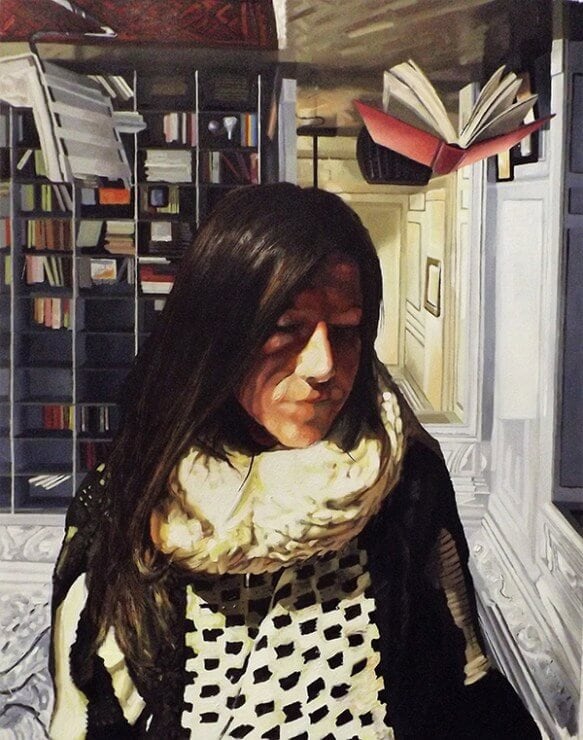