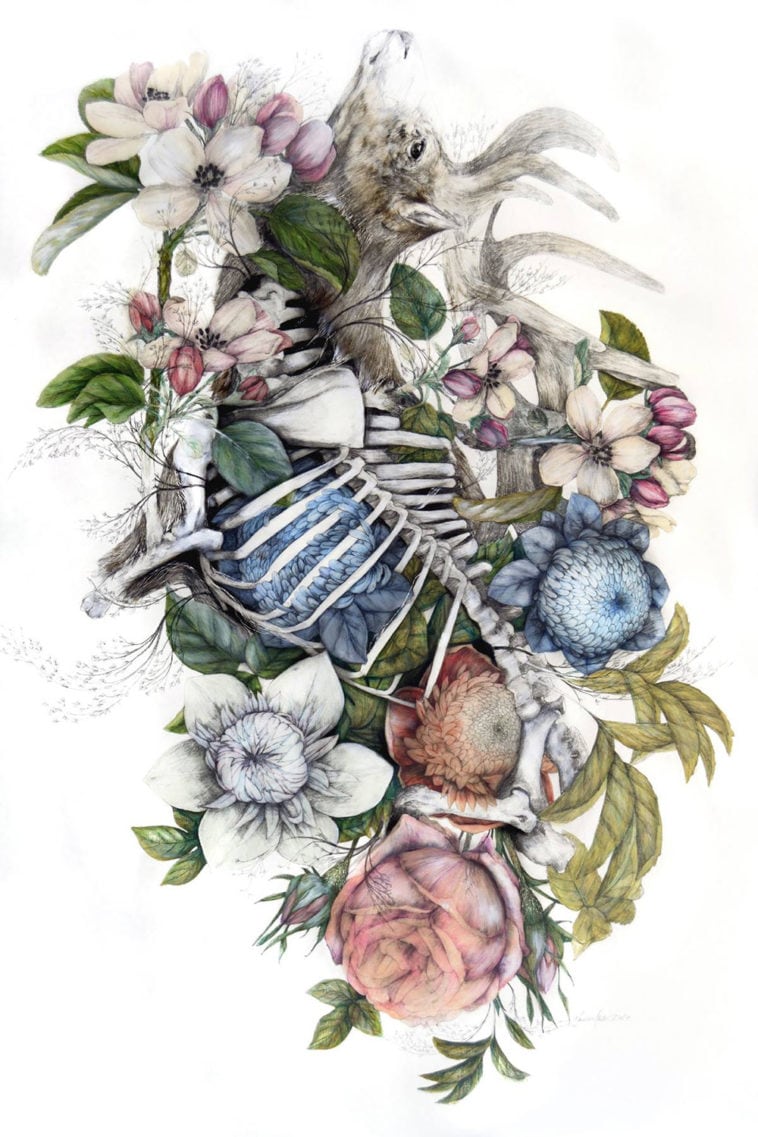 Italian artist Nunzio Paci creates paintings that blend anatomical renderings with vivid blossoms and leaves. The idea of species evolving over time, inspires his latest series, Mimesis, in order to better adapt to climate and predators as well as the similarities shared by different organisms.

“The concept, deriving from Plato and Aristotle’s theory on reality and imitation, draws inspiration in the natural phenomenon of mimicry in evolutionary biology and gives it a broader meaning,” Paci explained to Colossal. “In Mimesis, flora, and fauna not only copy one another, but they also enmesh themselves in each other’s existence forming a cohesive organism, in an attempt to take shelter from the totality of the outside world.”

Inside the series fauna helps to protect flora, creating a symbiotic relationship through the included animals death and rebirth. Flowers fill the hallows of carcasses that are presented while leaves grow to surround and overtake human skulls.

Paci recently exhibited these works as part of a solo show titled Mimesis at Galerie Stephanie in Manilla, Philippines and is a part of the group exhibition Dark Nature at Last Rites Gallery in New York City. It is possible to see more of his work on Instagram and Facebook. 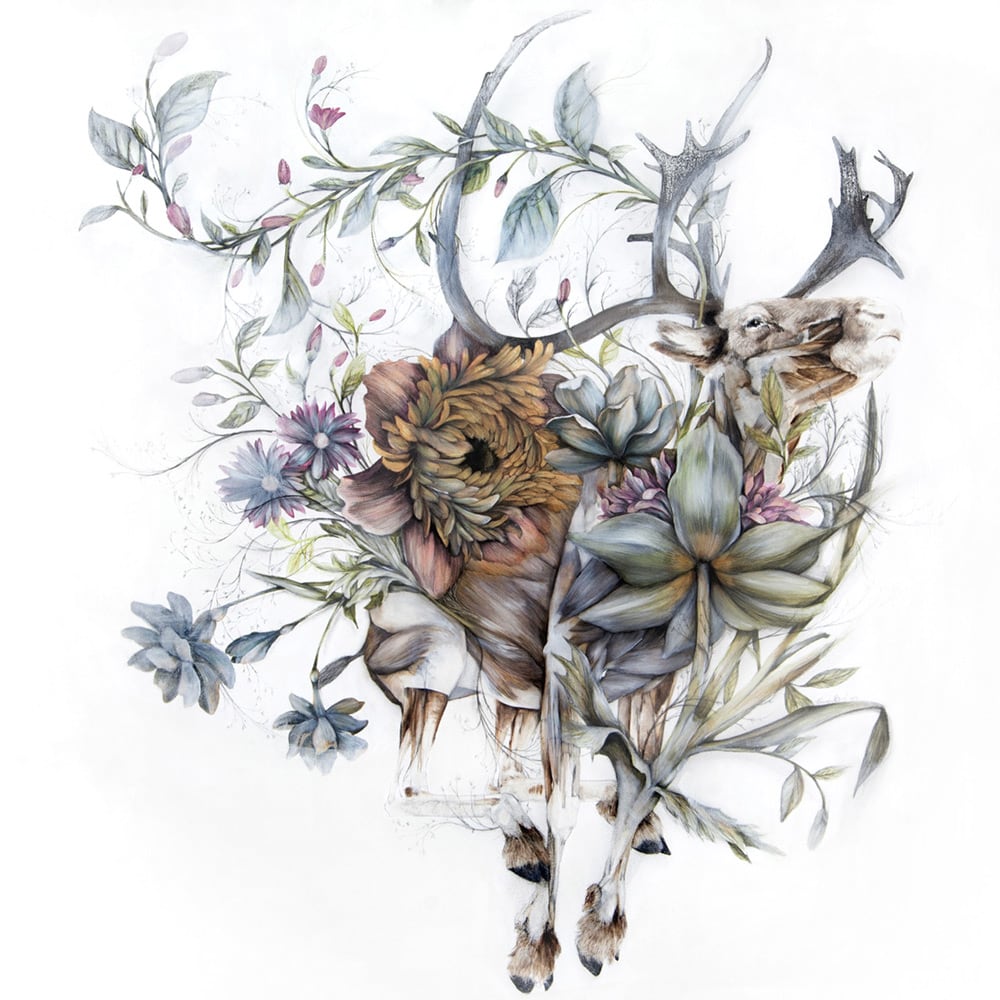 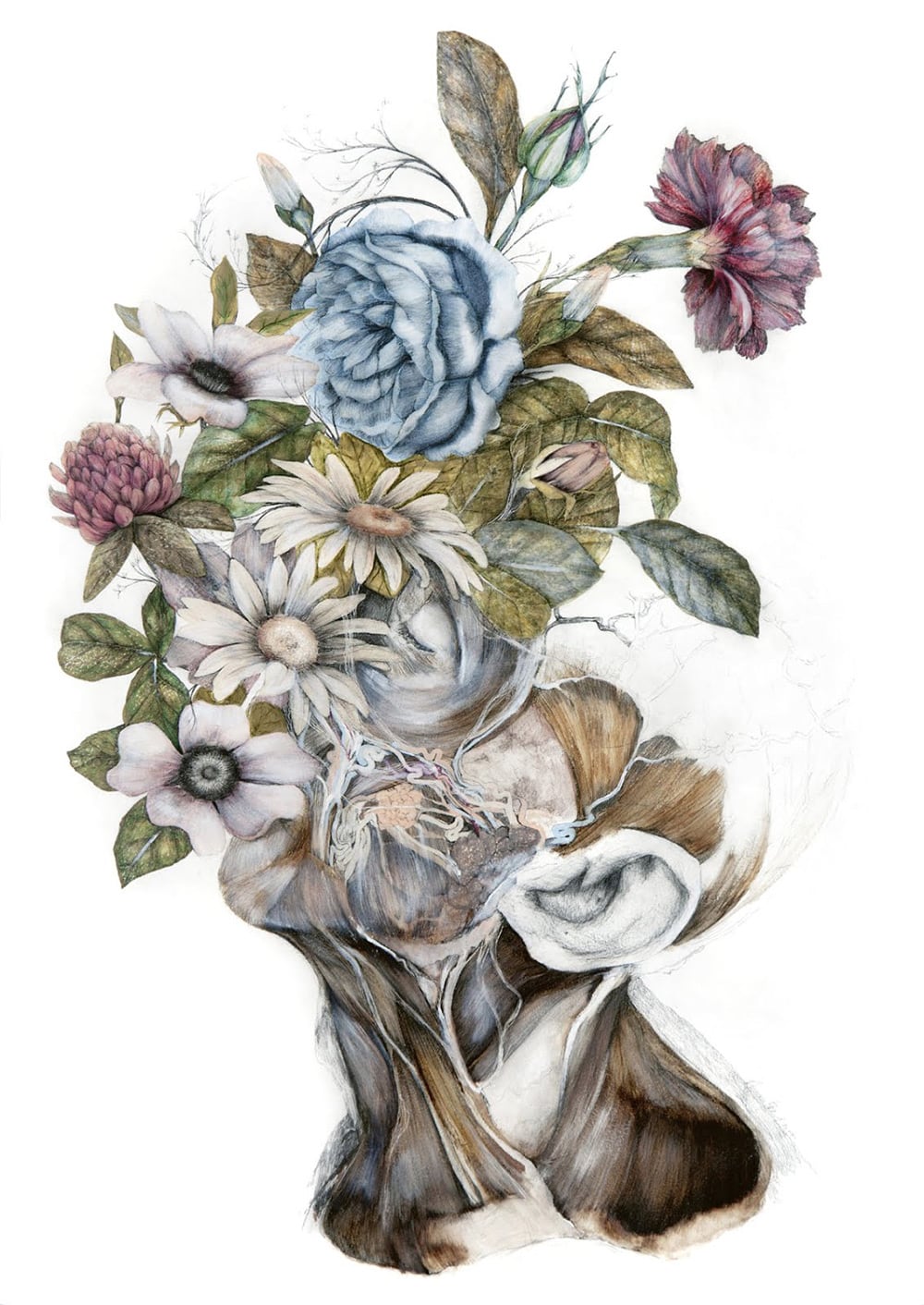 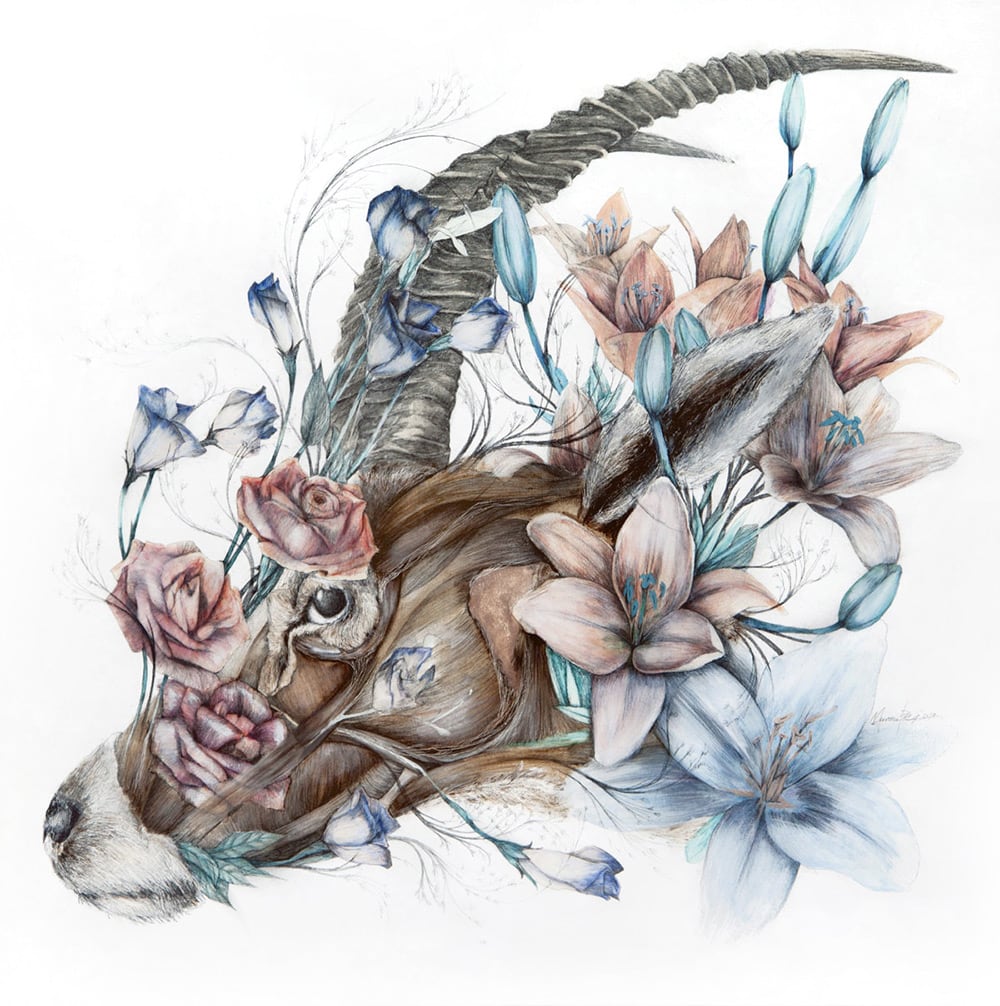 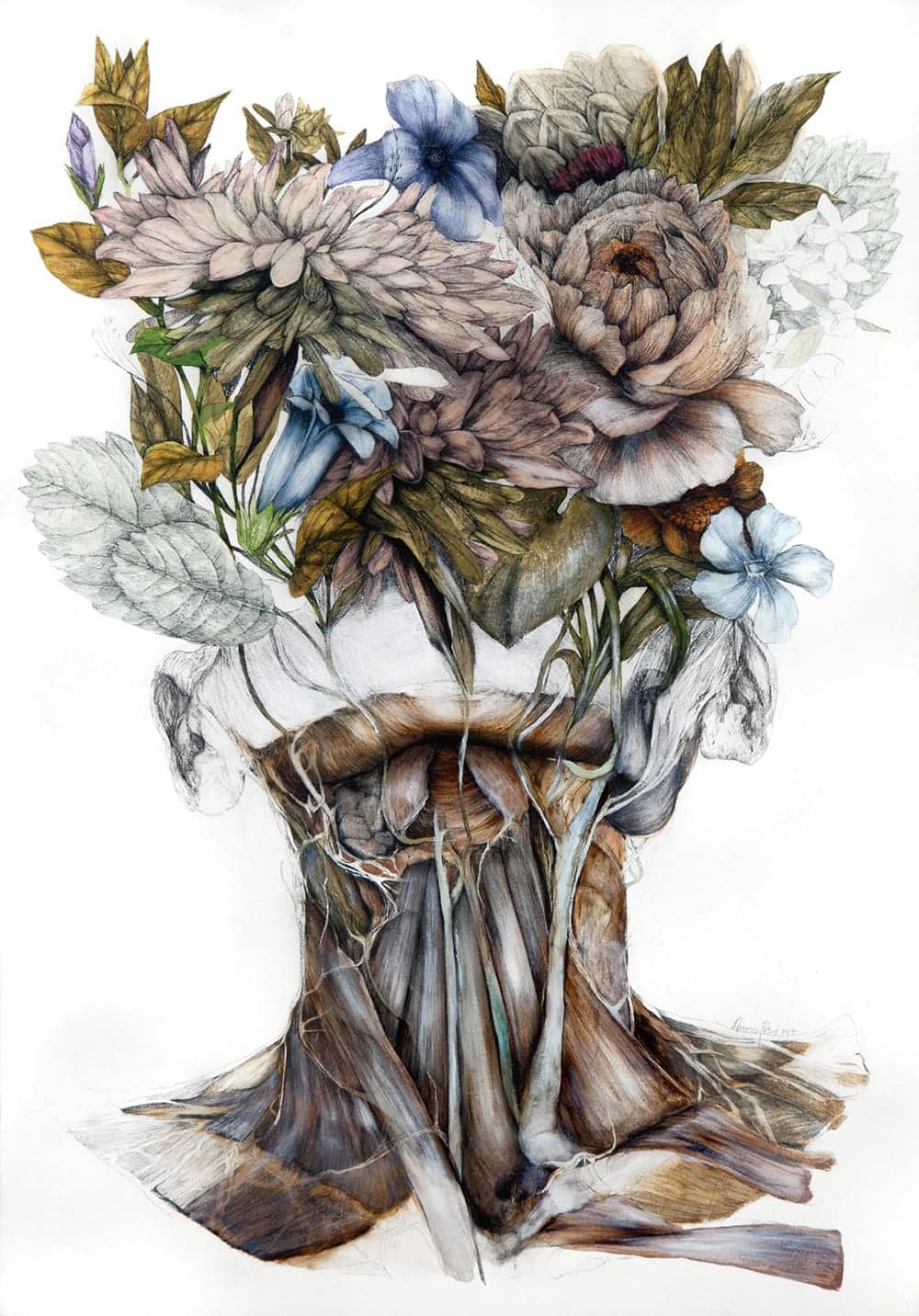 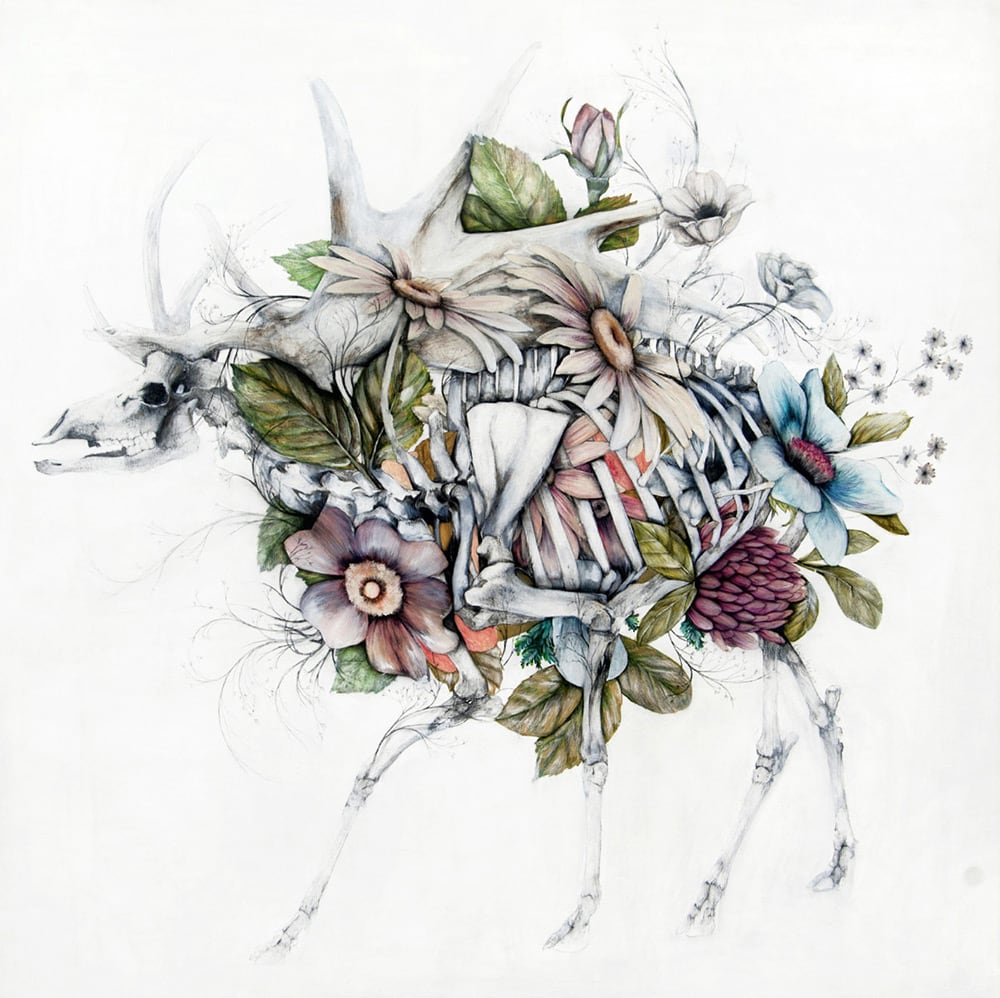