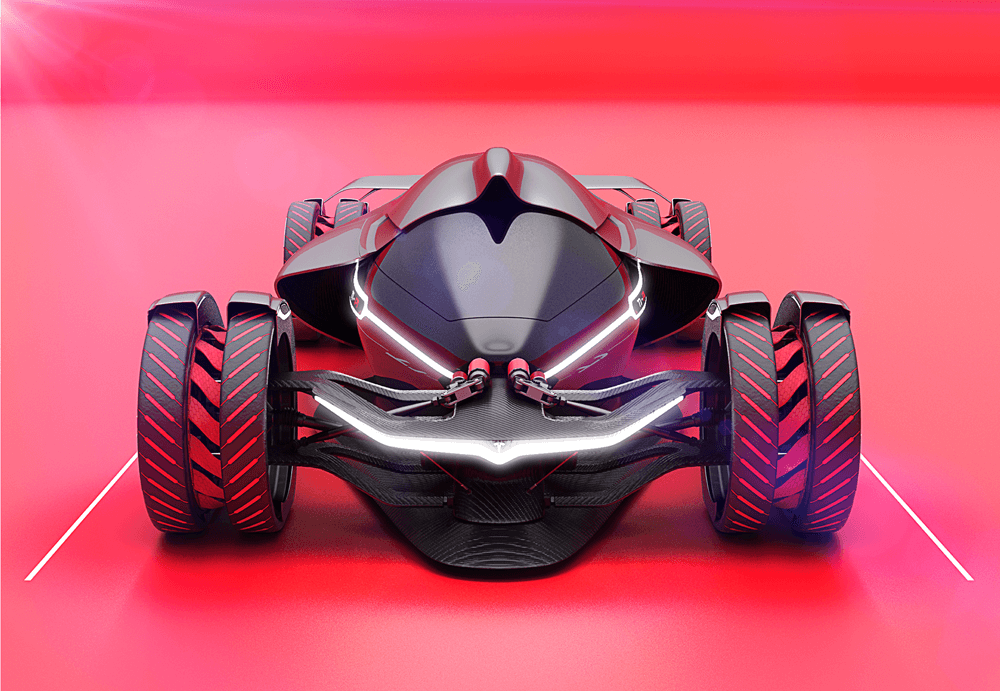 Designed for the Michelin Design Challenge 2017, the goal consisted in to build a racing machine for the 24 Hours of Le Mans. Tesla T1 is the production of a team of designers, that envisioned a 2030 Tesla racing car big enough for the Le Mans 24 Hour race. The concept suggestion was built up around the idea of using an infinite power resource as the wind. From this point, everything took up shape beginning from the four wheels: they had to assist as energy recovery modes utilizing the advantage of Le Mans average speeds per lap and without depending only in braking regeneration as nowadays. The T1 has four air turbines combined with the wheels, which can redirect the air through particular points crucial in the design: a fifth wind turbine in the body and the rear diffuser.