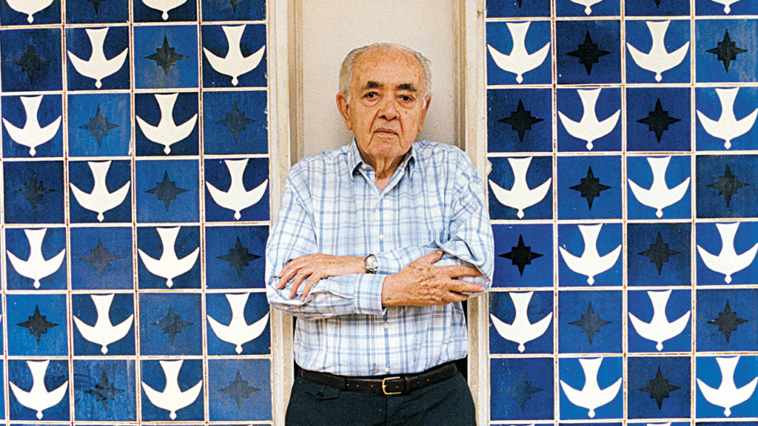 The life of Athos Bulcão is a tale that sees the world through eyes not just filled with color but also doused in creativity and artistic genius. Born on July 2nd, 1918 to Brazilian parents living in Rio de Janeiro, by the 1940s he had already participated as an assistant artist for Candido Portinari’s “São Francisco de Assis” painting at Pampulha Church in Belo Horizonte. Afterward moving to Paris where he lived until 1949 before finally returning back home; there it was welcomed warmly into Brazilian high society circles including working closely alongside Oscar Niemeyer who went on designing Brasília- one of his most well-known works which Athos took part heavily within its construction process. Athos has been praised as one of the most influential and talented Brazilian artists ever; with his work even being recognized internationally in countries such as France, Japan, England, Italy and beyond.

In 1969 Athos created “O Pato” (The Duck)- a sculpture that was later known for being the official symbol of Carnival in Rio de Janeiro. His love for art could be seen on almost all aspects of his life- from paintings to sculptures, to houses Athos had created around Brazil. When it came time to naming Brasília’s city square Athos suggested Catedral da Paz (Cathedral of Peace); the square that became widely known throughout the nation for showcasing much more than just its architectural forms but also hosting many musical performances, exhibits and protests. Athos was a man always filled with joy; well known for his good spirits and lively demeanor that some even remember as being almost ever-present.

Athos Bulcão died on the 18th of August 2000 at the age of 81 in Rio de Janeiro due to complications associated with Alzheimer’s disease which he had suffered from during its later stages of his life. His contribution to the arts were remembered for many years after through countless streets named after him throughout Brazil to such artistic commissions as “Brasília” by Oscar Niemeyer, Pampulha church by Candido Portinari, and other works in both public spaces and private collections worldwide.