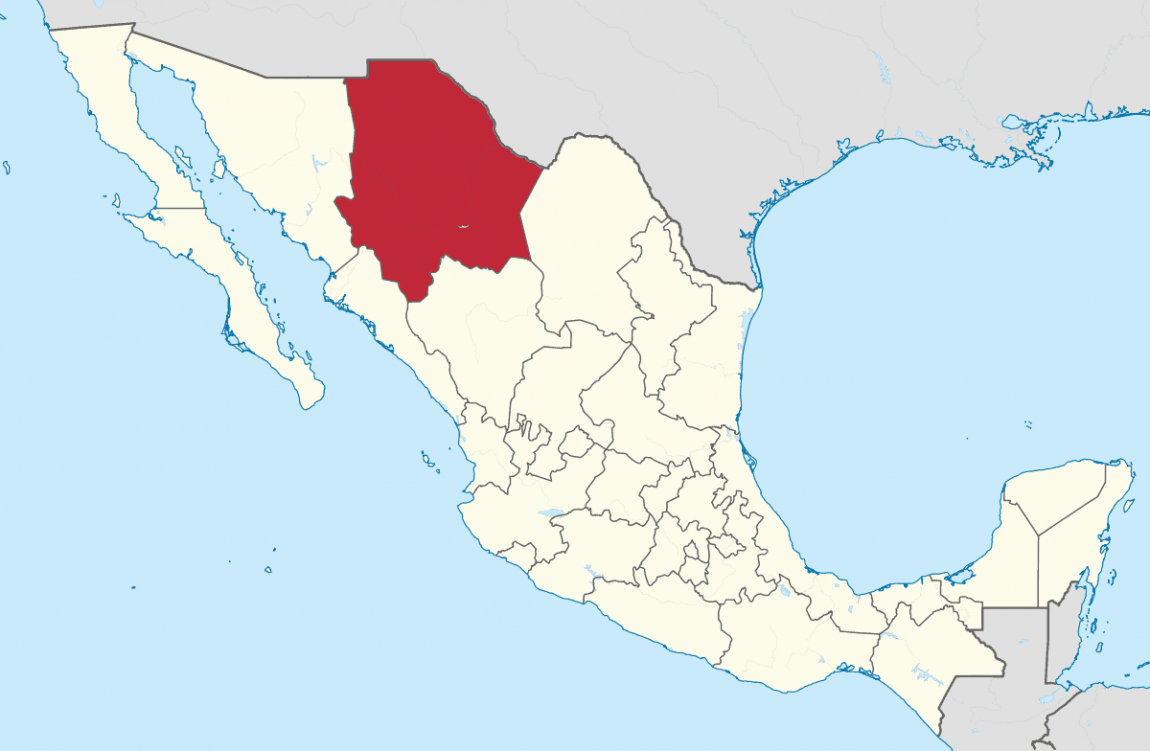 Map of Mexico with Chihuahua highlighted

Chihuahua, officially Free and Sovereign State of Chihuahua (Spanish: Estado Libre y Soberano de Chihuahua), is one of the 31 states which, with the Federal District, comprise the 32 Federal Entities of Mexico. Its capital city is Chihuahua. It is located in Northwestern Mexico. It is bordered by the states of Sonora to the west, Sinaloa to the southwest, Durango to the south, and Coahuila to the east. To the north and northeast, it has a long line with the U.S.