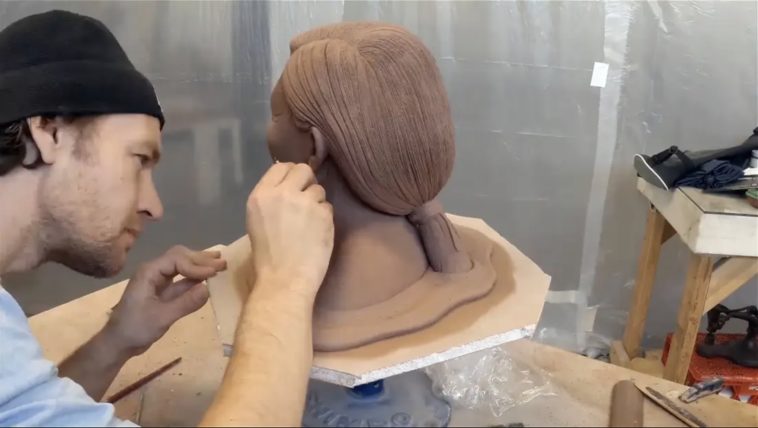 Christopher David White is a trompe l’oeil sculptor who has been creating his works for over 10 years. His work is made from clay and focuses on the relationship between humanity and nature as well as how both areas are always in flux with one another, like growth being met by decay. He received his Bachelors of Fine Arts in Ceramics from Indiana University before going to receive Masters of Craft/Material Studies at Virginia Commonwealth University where he was first exposed to these concepts through various pieces that had an aesthetic appeal but also seemed physically insightful about the relationship between humans and their environment around them- decaying wood sculptures resembling leaves rusting metal objects or branches littering delicate surfaces which all seem unfinished due to their state of rest. He has been recognized by the Windgate Fellowship from the Center of Craft, Creativity, and Design as well as being awarded ‘Most Environmentally Conscious’ at INLight 2014 hosted by 1708 Gallery. His work is featured in a wide range of publications including Juxtapoz, Beautiful Decay, My Modern Met, This Is Colossal, and many others. It’s shown internationally in galleries such as Daejeon Museum of Art (South Korea), Abmeyer & Wood Gallery (Seattle) to name but a few.