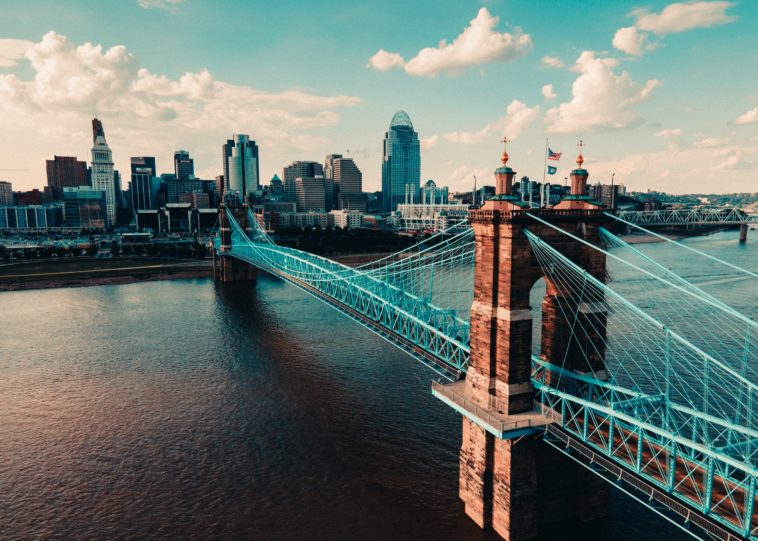 Cincinnati is a city in Ohio and the county seat of Hamilton County. With more than 300,000 people residing there it’s one of the largest cities in Ohio. Cincinnati was settled on January 1st, 1788 by Mathias Denman Jr., William Plumley, James Mitchell Varnum, Jonathan Dayton & Ephraim Cutter who were members of what they called “The Society for Establishing Useful Manufacturers”. The name comes from ancient Roman Cincinnatus which means ‘citizen.’

Cincinnati was founded as an industrial town with its roots deeply embedded into manufacturing industries such as tobacco processing or steel production; however, over time these businesses have declined and other sources like finance are now driving economic growth instead. Cincinnati saw its greatest growth and expansion during the nineteenth century when Cincinnati was at it’s main industrial peak. Cincinnati is now known as a center for education, medicine & research and has the most Fortune 500 headquarters in Ohio outside of Cleveland.

Cincinnati used to be called Cincinnati, Ohio by residents but today rarely Cincinnati is used in order to avoid confusion with Covington Kentucky which can be mistaken for Cincinnati on some maps. Cincinnati’s nicknames over time have included ‘The Queen City’ and ‘Queen of the West’, Cincinnati has also been dubbed ‘Porkopolis’. Cincinnati does not have any professional sports teams; however, there are plenty of sports facilities including Paul Brown Stadium or Nippert stadium where UC Bearcats or Cincinnati Bengals respectively play. Cincinnati has been known as a breeding ground for musicians such as The Ohio Players, The Isley Brothers, Queen Latifah & more. Cincinnati was ranked 10th on US News and World Reports list of ‘Best Places to Live’ in 2011, Cincinnati is also nearby to the Great American Ball Park where Cincinnati Reds play and Cincinnati Bengal’s Paul Brown Stadium; which is one of the oldest football stadiums in NFL.